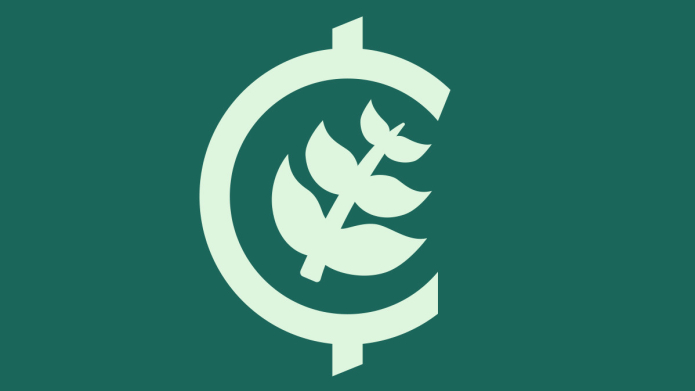 Forests play a crucial role to sustain life on earth. Apart from their intrinsic value and beauty, forests perform a wide range of essential ecological functions without which humans and other species could not survive. Tens of millions of people in the world also call forests their home and depend on them for livelihoods.

Despite their value for human beings and the global environment, forests continue to be destroyed at unprecedented rates, and with it the ten thousands of species essential for life to flourish on earth. Only around 30% of the earth's land surface - almost 4 billion hectares - is covered by forests. Of this total forest area, around 271 million hectares are not natural forests but wood plantations and semi-planted forests. The speeds of deforestation may have slowed down during the current decade, yet forests are still being cleared much faster than they can regenerate themselves. In addition to full deforestation, large areas of tropical, temperate, and boreal forests are each year significantly degraded due to over-exploitation.

Drivers of deforestation and forest degradation

Everywhere, forests are under threat from a range of factors:

Banks and other financial institutions can play a crucial role in the protection of the worlds' remaining forests, by committing themselves to a zero deforestation goal, ensuring that they will not finance any business activities that lead to further deforestation, especially the further disappearance of old-growth forests. When banks operate in sectors with a potentially strong impact on forests, such as agriculture, mining, and the forestry sector itself, they should develop stringent investment policies that ensure this. BankTrack and Environmental Paper Network developed guidance for such policies for banks and investors active in the pulp and paper sector.

Role of BankTrack/aim of this campaign

BankTrack's Banks, forests and biodiversity campaign focuses on the financiers of important initiators of deforestation, with the aim to push banks to act more responsibly regarding their forest-related investments. The long-term goal of our work is to help ensure that private sector banks no longer finance companies, projects, and business activities that cause a large negative impact on forests. Within this campaign, we focus primarily, but not exclusively, on biomass, pulp & paper, and other forest-risk commodities, such as soy, palm oil, and timber.

BankTrack is working in partnership with the Forests & Finance coalition to ensure that banks and other investors of these industries have improved access to information about these risks and opportunities and strengthen their policies and practices in financing the sectors. In addition, we research the role of banks that continue to finance projects with large negative impacts, and assist communities affected by such projects in dealing with banks. 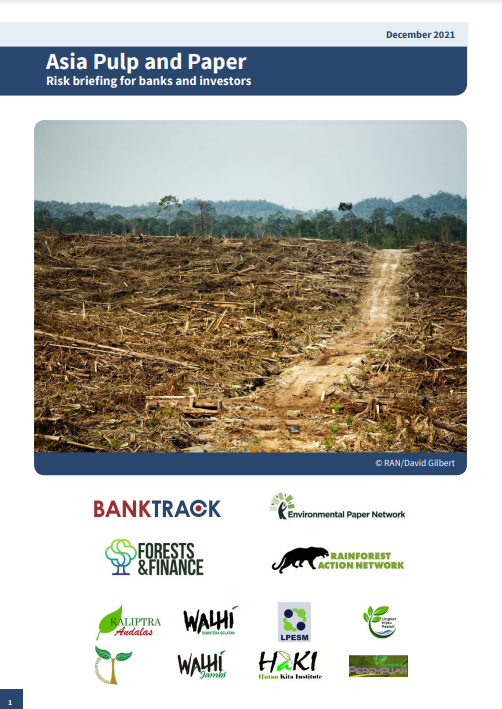 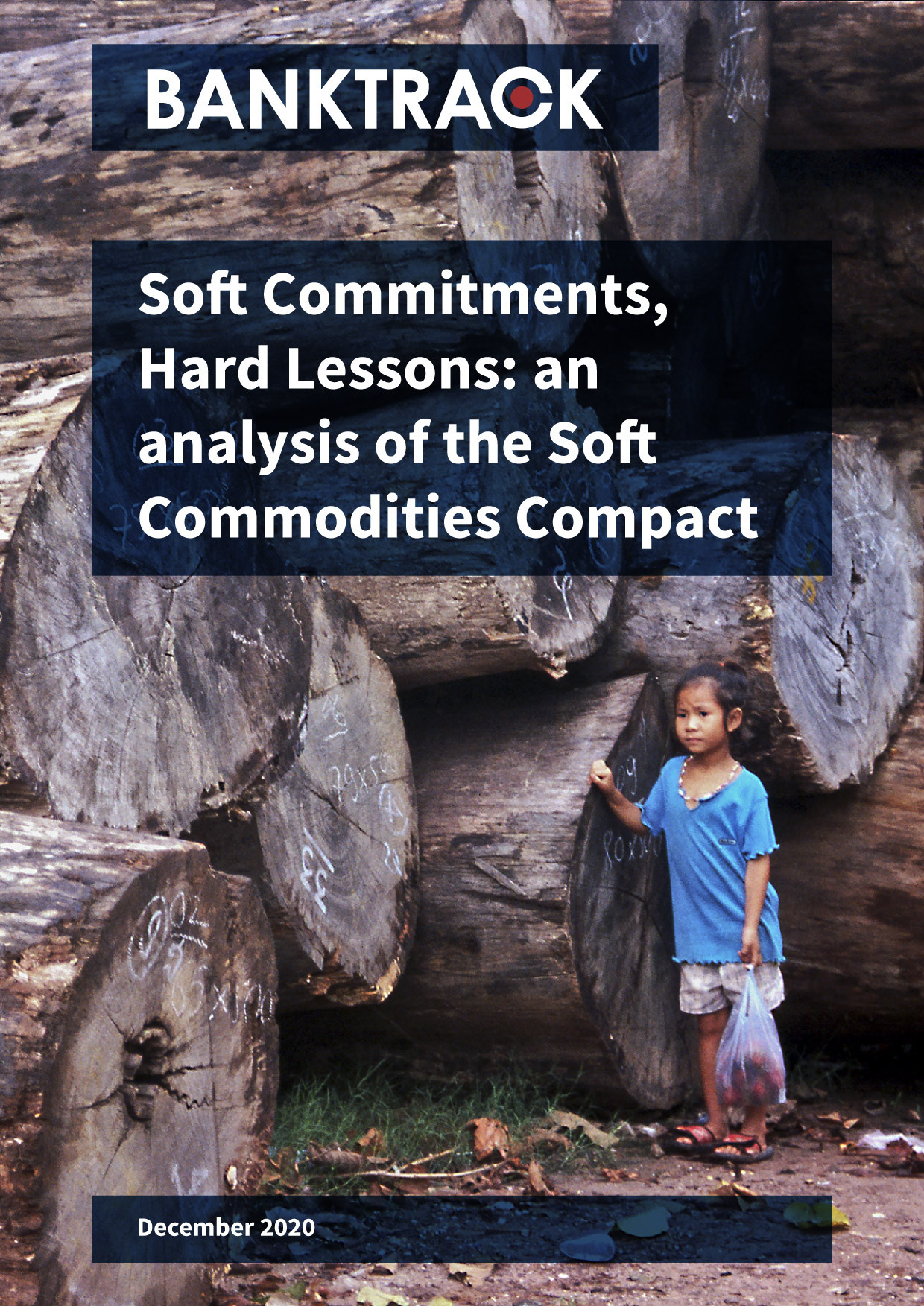 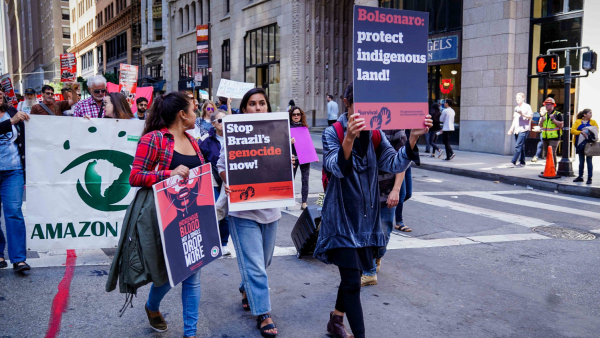 Hydroelectric Power Generation
There are no projects active for Banks and Nature now.
on record

We report back from the two French bank AGMs of this week, where they were called out on finance for fossil fuels, forest biomass and illegal settlements
2022-05-19 | Giulia Barbos – BankTrack, Hannah Greep – BankTrack, Sumeyra Arslan – BankTrack
blog
external news
our news

The money pipeline for deforestation must stop now

Banks and biodiversity: are banks moving towards Kunming?

As China hosts the first part of the UN Biodiversity Conference, banks are called upon to support its goals
2021-10-14 | Nijmegen | BankTrack
blog
external news
our news

Climate Assembly calling for urgent and equitable action ahead of COP26

A gender-inclusive convening with representation from 40 countries with over 90 presenters, including panel on divestment from fossil fuels and deforestation
2021-09-07 | BankTrack, WECAN
blog
external news
our news

Chinese banks urged to divest from firms linked to deforestation

The banking industry’s role in the biodiversity crisis

Global Witness, BankTrack and 19 other civil society organisations call on UK government not to leave finance out of a proposed new law on deforestation

Rainforests face unprecedented fires, yet BlackRock, State Street and Vanguard have consistently voted in favor of deforestation.
2020-09-15 | Washington | Friends of the Earth US
blog
external news
our news

The problem with biomass: Why investors need to step up on the next climate challenge

“Responsible” investors under scrutiny for investing in climate-destroying banks

Indonesia's plans to protect its peatland forests are fatally flawed

Indonesian civil society writes to banks: APRIL failing to implement its own policy

Over 80% of future deforestation confined to just 11 places

How iconic banks and investors fund the destruction of the world’s largest rainforests
2019-09-23 00:00:00 | Global Witness
other documents

CSO statement on the proposed EU regulation on deforestation-free products

Asia Pulp and Paper: Risk briefing for banks and investors

The material risks of fish mortality and the use of wild-caught fish in feed for the aquaculture sector
2021-08-24 00:00:00 | Feedback, Changing Markets Foundation, CFFA, and WSRW
ngo documents

Violations in the name of conservation

Financial Sector Guide for the Convention on Biological Diversity

Biodiversity and finance: building on common ground with customary rights-holders

Beyond the gap: placing biodiversity finance in the global economy

State of Finance for Nature

Assessing the implementation of China's Green Credit Guidelines
2014-11-25 00:00:00 | BankTrack, Friends of the Earth US
csr policies

Trase Finance is a tool that brings transparency to over $1 trillion in deforestation financing. It is an initiative of Global Canopy, Stockholm Environment Institute and Neural Alpha, Trase Finance links the trade of commodities that drive deforestation to financial markets worldwide. The platform covers more than 12,000 financial institutions who invest in or lend to commodity traders exporting Brazilian beef, Brazilian soy, and Indonesian palm oil.