Home › News
Global Witness, BankTrack and 19 other civil society organisations call on UK government not to leave finance out of a proposed new law on deforestation
By: BankTrack & Global Witness
2020-10-06
United Kingdom
Contact: 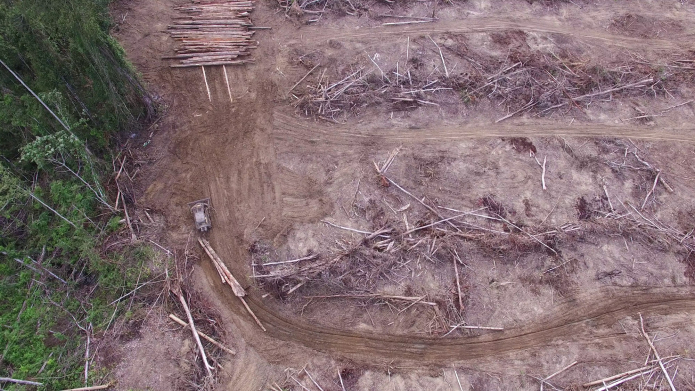 Today, over twenty organisations sent an open letter to the UK government calling for the finance industry not to be left out of a proposed new law to tackle the UK’s contribution to global deforestation. The letter coincides with the end of the government’s five-week consultation on the new legislation, which aims to address deforestation in the supply chains of products such as beef, palm oil and soy that are imported into the UK. The letter was coordinated by Global Witness and BankTrack, and its signatories include Greenpeace UK, Global Canopy, Fern, ShareAction, First Peoples Worldwide and Tuk Indonesia.

“We are calling on the UK government to create robust legislation that ends all UK complicity in global deforestation – including its financing,” said Shona Hawkes, Senior Global Policy Advisor on Forests at Global Witness. “For the new law to be effective, it must end the billions of pounds flowing from UK-based banks and financial institutions into companies linked to deforestation,” she added.

Currently, financial institutions can profit from operations linked to deforestation and related human rights abuses, without any fear of meaningful consequences, incentivising the continued bankrolling of forest destruction.

“If the UK law does not apply to the finance industry, there’s a risk that companies will be hearing one set of priorities from UK government while the financiers that determine their company’s share price and loan repayments will fail to take forest destruction into account,” added Marília Monteiro Silva, Forest Campaigner with BankTrack.

In the letter, civil society organisations point to data which highlights the significant role UK banks play in deforestation around the world. Global Witness’ 2019 Money to Burn report found that UK-based financial institutions have been the single biggest source of international finance for six of the most harmful agribusiness companies involved in deforestation in the climate-critical forests of Brazil, the Congo Basin and Papua New Guinea, providing a staggering GBP 5 billion over the last six years. This includes major banks like HSBC, Barclays and Standard Chartered. It also cites the Forests & Finance dataset which shows that a number of major UK banks have also funnelled around USD 9.5 billion into forest-risk commodity companies between 2013 and 2020.

“These figures are worrying, and show the urgency with which the topic of finance needs to be addressed by the UK government if the goal of the proposed law is to effectively tackle its deforestation footprint. If the UK government is serious about getting out of the business of deforestation and related human rights abuses, it cannot let finance off the hook. Those who hold the purse-strings have a huge influence on business practices along the supply chain,” said Monteiro Silva.

“UK financial institutions’ contribution to deforestation also undermines the vital work of indigenous peoples, forest communities and defenders who are on the frontlines of trying to safeguard tropical forests,” added Hawkes.

The open letter’s recommendations are in line with the government’s own Global Resource Initiative taskforce report, which highlighted that any mandatory due diligence measures on deforestation should cover finance.

“As the UK gears up to host the COP26 climate conference next year, passing strong new legislation on deforestation that covers the finance industry would show global leadership and help realise the UK’s ambition to create a ‘world-leading’ law,” Hawkes concluded.

The letter can be read here.