Home › About BankTrack
Our team
By: BankTrack
Share this page: 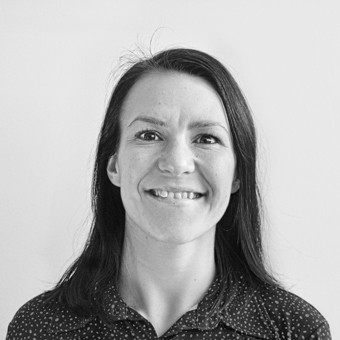 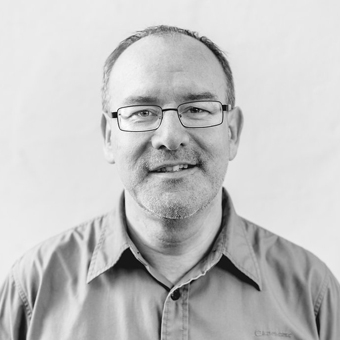 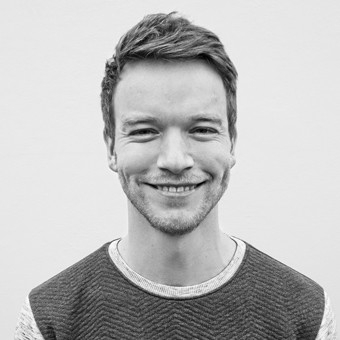 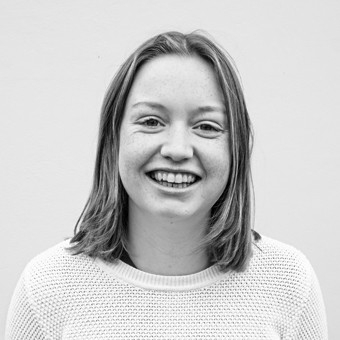 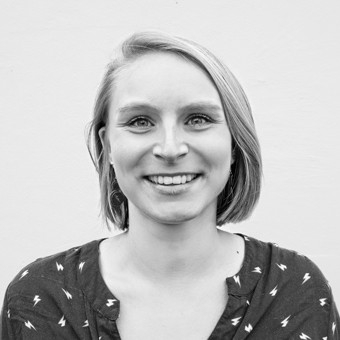 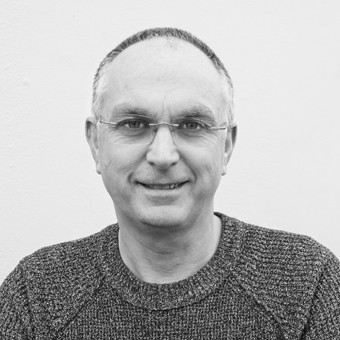 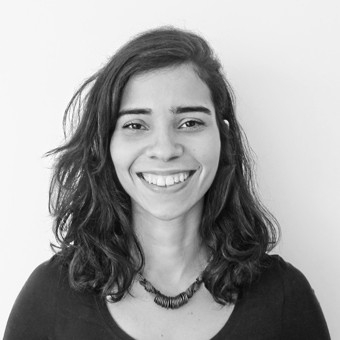 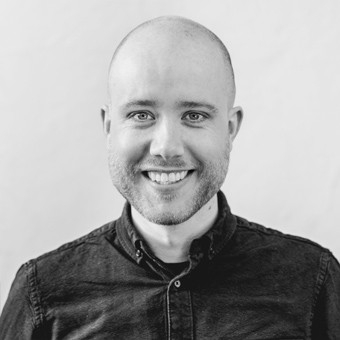 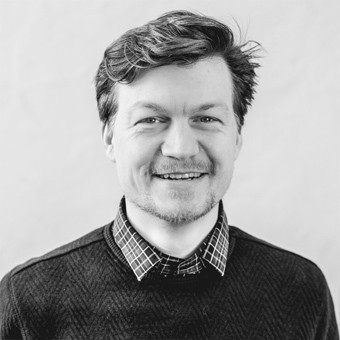 Maaike joined BankTrack as a Climate Campaigner in November 2020. She is a determined advocate for a green, feminist and anti-racist future. Maaike is happiest when she can be outside running, cycling or working on DIY projects. She also loves playing board games and trying out new types of craft beer.

Maaike has a background in political science and international relations. Before joining BankTrack, she worked for peace organisation PAX, where she was part of several international coalitions working on disarmament issues and worked to hold financial institutions accountable for their investments in nuclear and other controversial weapons.

Erik spent most of his working life selling stuff, and for the large part, this meant selling insurance and financial products to private customers and small businesses. At the same time, he worked as a volunteer for Amnesty International coordinating regional campaign work. Through an unlikely turn of events, he came across BankTrack whilst researching topics for a local newspaper and typing ‘Nijmegen’ into WikiLeaks. After writing an article about BankTrack, he decided that it would be the perfect organisation for him to work for - a crossroads between his background in finance and his human rights work. And so, he started in February 2016, eventually becoming BankTrack’s Website Coordinator.

Erik was educated at the HEAO Business School in Arnhem, where he studied Logistics, Marketing and Economics. Besides his work at BankTrack he volunteers as an editor for local newspaper De Nijmeegse Stadskrant, and at a local secondhand bookshop called Books4Life. He considers himself a nerdy text-driven book worm and still stubbornly believes he has it in him to write a work of fiction.

Ernst-Jan is our resident climate brain-box. He holds a BA in Earth Sciences and an MSc in Climate Physics. He obtained a PhD at Utrecht University where he studied ice dynamics and ice deformation mechanisms in the Greenland ice sheet. It was during his fieldwork on the ice sheet in the summer of 2018, where he was surrounded by climate scientists for 6 weeks, that he realised the urgency of the climate crisis and decided to devote his life to climate action. You can read about his time on the Greenland ice sheet here. Despite some disagreement amongst climate scientists regarding their role in politics, Ernst-Jan believes that they should take a much more prominent role in the climate debate and climate activism. This has motivated him to be active in several environmental movements, such as Friends of the Earth, 350.org, and Extinction Rebellion (XR) Netherlands. He is still active in XR as a member of the XR science subgroup, a spokesperson, and he gives talks on climate change such as this TEDx talk. In 2019, he attended a climate activist camp in Bosnia organised by Patagonia, where he met and shared a tent with Johan, the Director of BankTrack, and thus learnt about the work BankTrack continues to do on the climate. This led to Ernst-Jan joining BankTrack in February 2020 as a Climate Campaigner.

Outside of fighting for climate justice, Ernst-Jan likes to play sports such as football, race-cycling and running, as well as settling down with a good book (his favourite author is Noam Chomsky). He also likes to travel, but you won’t catch him sunbathing on the beach, instead he’ll be backpacking, cycling, or hiking through the mountains.

Hannah joined BankTrack in February 2020 as a Human Rights Campaigner, and she also coordinates the Equator Principles campaign. She is determined to dismantle the power structures within society that facilitate the abuse of human rights around the world. Having grown up in the charming countryside of Devon, in the UK, she always feels most at home when surrounded by nature. When she’s not busy dismantling the patriarchy, she likes to go running, cycling and swimming, whilst also trying her hand at more creative things such as painting and dancing. She loves to travel, and is always searching for local and authentic experiences away from the tourist attractions. Before working for BankTrack, Hannah interned at The Centre for Research of Multinational Corporations (SOMO) as part of the OECD Watch coordination team. She holds a LLB in Law from Cardiff University and a LLM in Globalisation and Law, specialising in International Human Rights Law, from Maastricht University.

Henrieke joined BankTrack as a Climate Campaigner in March 2020. She is driven by a sense of urgency to take climate action alongside a motivation to support and work together with communities affected by bank financed projects and business activities. She has a passion for both food and music from around the world – attending festivals and concerts, discovering new artists and genres, as well as tasting food from different cultures and trying her hand at cooking them herself. When she’s not busy analysing banks’ climate policies, she likes to learn new dance styles. Currently she is following African and Brazilian dance classes, but in the past she has followed ballroom dancing, Zumba and modern dance classes. Before she cha-cha-cha-ed her way over to BankTrack, she worked for the campaign department of Dutch trade union FNV as an organiser and researcher. She holds a MSc in International Development Studies from Wageningen University & Research, and a BA in International Relations and International Organisation from the University of Groningen (RUG).

Johan has been the Coordinator and Director of BankTrack since he helped cofound the BankTrack network in 2003. Prior to this, he worked as a campaigner and coordinator of various international NGO networks for twelve years, always with a focus on the financial sector. In 1992, he helped cofound the worldwide A SEED youth campaigners network, where he led the campaigns on multilateral banks. In 1998, he became coordinator of the ‘International Financial Institutions programme’ of Friends of the Earth International, which he led for four years. Johan is also a father of four grown up kids, and when he’s not working hard at BankTrack, he likes to spend his time exploring the forests and fields across every corner of the Netherlands.

Marília joined BankTrack in March 2020 as a Forest Campaigner. Prior to this, she worked at the International Institute of Social Studies as a Research Assistant, investigating the social and environmental impacts of investments in infrastructure and logistics in the Amazon soy value chain. She also worked for ActionAid Netherlands researching and campaigning against the forest impacts of the palm oil and soy industries in both Guatemala and Brazil. When she is not busy stopping devastating deforestation, Marília likes to meditate – practicing every day – and she loves to travel and explore mountains and forests. She holds a Bachelors in Law and History from the Federal University of Pernambuco and a LLM in International Human Rights Law from the University of Groningen.

Raymon is originally from Nijmegen and has been working for BankTrack since September 2009. During this time he has undertaken a range of tasks, including graphic design, desktop publishing, keeping office facilities up and running, and assisting with the bookkeeping. He is our go to guy if we have any computer issues, often asking: “Have you tried turning it off and on again?” Outside of solving all our technical problems, Raymon is passionate about music and plays electric guitar himself. He previously had a small businesses in art and illustrative design and he holds a BA in Contemporary Art from the Academy St. Joost in ‘s-Hertogenbosch.

Ryan joined BankTrack in October 2012 as a Researcher and Editor, and he coordinates BankTrack's campaign work on human rights. Previously he worked at The Co-operative Group as a specialist in ethical finance, including implementing The Co-operative Bank’s Ethical Policy. He holds a BSc in Mathematics and Management Sciences from The University of Manchester and a MA in Sociology from Manchester Metropolitan University. His spare time is limited by having two young children, but when he gets a chance he enjoys playing Capoeira Angola, practicing handstands, reading, listening to The Fall and spending time in the woods.