This profile is actively maintained
Send feedback on this profile
Download as PDF By: BankTrack
Created before Nov 2016
Last update: 2022-05-18 00:00:00 Share this page: 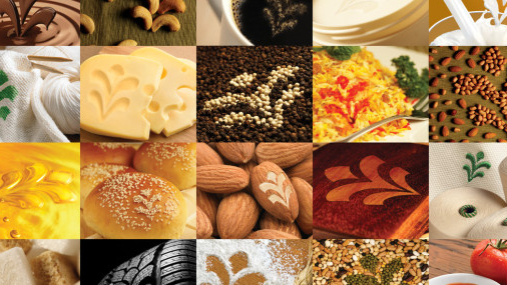 Olam International Limited is a global integrated supply chain manager, processor and trader of soft commodities like palm oil, cocoa, coffee, cashew, rice and cotton. It started in 1989 in Nigeria, as a cashew exporter and then expanded, first into other African countries and later to Europe and Asia. It now operates in more than 60 countries.

Olam has been allocated 67,154 hectares of land for potential industrial oil palm development in two lots in Mouila in Ngounie province. The HCV assessment for the 35,354 hectare concession of ‘Mouila 1' found large areas of high conservation value forests.

Related to community rights, many serious concerns were raised during the social impact assessment consultations in the Mouila 1 concession in Gabon. Olam claims to have identified a particular concern related to subsistence agriculture activities, as part of a free, prior and informed consent (FPIC) process, and set aside two areas totalling 950 hectares for this purpose.

Olam has been allocated 67,154 hectares of land for potential industrial oil palm development in two lots in Mouila in Ngounie province. The HCV assessment for the 35,354 hectare concession of ‘Mouila 1' found large areas of high conservation value forests, including rare, threatened or endangered ecosystems and species. Almost half of the concession, 14,994 hectares, has already  been set aside on the basis of its high environmental value, but further areas of HCV still need to be established for livelihood and cultural purposes. Olam has stated that it is carrying out "further faunal surveys" in the area.

The second area, Mouila 2, is 31,800 hectares and the suitability of the area has yet to be assessed by the company. The exact location and boundary of this second area has not yet been made public, so no independent assessment is possible.

In the Kango concession Olam plans to clear 7,134ha. While the area the company plans to clear does not meet the strict definition of HCV, converting it will still involve the clear-felling of secondary forest and will bring about significant changes to local livelihoods. The carbon impacts of the development are also significant: it is estimated that it will result in the release of around 4 million tonnes of carbon dioxide - almost double Gabon's current annual emissions.

Africa to be the next frontier for oil palm

Olam and Certirfication schemes for its products