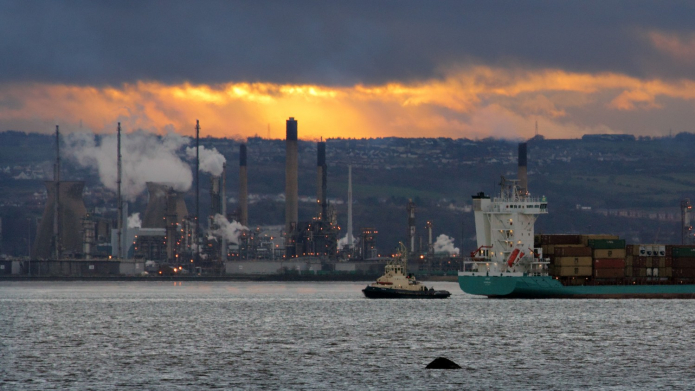 In June 2013, the Scottish Government approved a highly controversial planning application by Forth Energy for a 120 MWe biomass “combined heat and power plant” at Grangemouth Port.

The proposal had faced strong opposition, including by three local Community Councils and because of concerns over impacts on air quality, sustainability, visual amenity, fisheries and water pollution. Falkirk Council objected because of concerns over visual impacts. Then, in March 2014, Forth Energy announced that it was pulling out of the project, after SSE had decided not to invest in it. However, it said that it would look for any other developer interested in taking over the plans and the planning consent .

Now, Grangemouth Renewable Energy Ltd, subsidiary of a start-up company called Silva Renewable Energy, is seeking to develop the plant. It has won a Contract for Difference for a smaller but still large plant of 85 MWe capacity. A Contract for Difference is a subsidy taking the form of a guaranteed purchase price for electricity set above the wholesale market price, called a “strike price” .

There are serious concerns that Silva Renewables could be looking to source wood pellets from highly biodiverse coastal hardwood forests in the south-eastern US, which are being clearcut, increasingly for wood pellets. This would be disastrous for biodiversity in a region designated as Biodiversity Hotspot, and it would result in overall greenhouse gas emissions no longer than those from a coal power plant of the same size.

However, there are also serious questions about the viability of the proposal and the credibility of Grangemouth/Silva Renewable Energy as a power station developer: