This profile is no longer actively maintained, with the information now possibly out of date
Send feedback on this profile
Download as PDF By: BankTrack
Created before Nov 2016
Last update: 2018-01-18 15:10:13 Share this page: 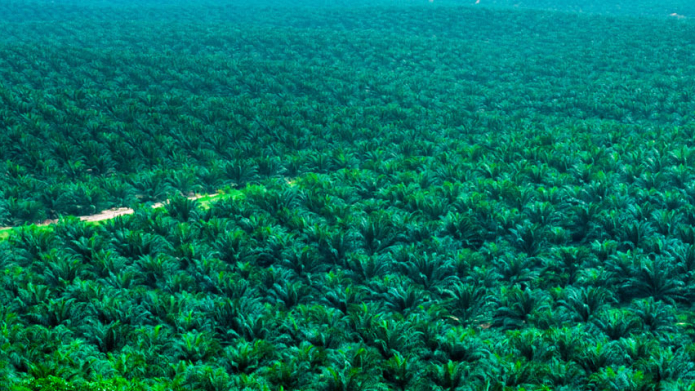 IOI Corporation, founded in 1969, is a Malaysian conglomerate involved in the property and plantation business, including oil palm cultivation. The company's specialty fats businesses are operated under the Loders Croklaan name. Forest Heroes estimates that IOI represents more than a tenth of the global palm oil trade (Mongabay, Feb 2015).

IOI is a co-founder of the Roundtable on Sustainable Palm Oil (RSPO), although it has been suspended several times. It was partially suspended in April 2011, by being prevented from applying for new supply base certificates, due to specific concerns including disputes over native customary land leased by IOI for palm oil production in Sarawak (RSPO, April 2011). In September 2015 IOI was again reprimanded by RSPO, and warned to address serious legal and policy non-compliances in Kalimantan, or face expulsion from the Certified Sustainable Palm Oil (CSPO) market (CRR, September 2015). It was again suspended for four months in 2016.

Finance for IOI Corporation was the focus of a Human Rights Impact Briefing by BankTrack published in February 2016.

In September 2014 a report by the Finnish corporate responsibility NGO Finnwatch investigated working conditions on IOI's estates in the southern region of Peninsular (West) Malaysia, in the states of Negeri Sembilan and Johor. Finnwatch conducted the research with the cooperation of the company, which facilitated access to its estates. The report found evidence of serious labour rights violations at IOI Group's plantations.

1. Freedom from forced labour: IOI Corporation was found to keep possession of employees' personal documentation, including passports. Many of the workers stated that they were not able to get their passports even when they requested them. Confiscation or retention of passports is considered an indicator for forced labour by the International Labour Organization.

2. Right to freedom of association: The company was found to restrict employee access to trade unions, as well as restricting industrial action. The General Secretary of the National Union of Plantation Workers (NUPW), the only trade union in West Malaysia that represents workers in the plantation sector, reported that the union is denied access to foreign workers on IOI estates in order to provide training, to raise their awareness of their rights and organize them as union members. As workers do not have possession of their passports, they rarely leave the estates.

3. Right to an adequate standard of living: Some workers earned a salary that was below the statutory minimum wage, and were not compensated appropriately for overtime work.

BankTrack wrote to 15 banks linked to IOI Corporation asking them how they had sought to prevent or mitigate these human rights impacts, and the results are presented in a February 2016 briefing paper.

IOI is a co-founder of the Roundtable on Sustainable Palm Oil (RSPO), although it has been suspended several times. It was partially suspended in April 2011, by being prevented from applying for new supply base certificates, due to specific concerns including disputes over native customary land leased by IOI for palm oil production in Sarawak (RSPO, April 2011).

In September 2015 IOI was again reprimanded by RSPO, and warned to address serious legal and policy non-compliances in Kalimantan, or face expulsion from the Certified Sustainable Palm Oil (CSPO) market (CRR, September 2015).

It was again suspended in March 2016 in 2016 for for clearing peatland areas and developing land without obtaining required permits. This led major buyers such as Unilever, Mars, Kellogg’s and Procter & Gamble to suspend their contracts with the company, affecting its income and share price (Aviva, 2018). It was re-admitted in August 2016 (in a move which Greenpeace described as being "let off the hook too easily"), although its customer Unilver only resumed sourcing from IOI in August 2017.

As owner of 30.4 percent of the Bumitama company, IOI also shares responsibility for that company’s illegal deforestation and peatland clearance in orangutan habitat on the PT LSM and PT GY plantations, as well as on the BSS plantation.

IOI has used its political weight within the industry to try to subvert progressive companies’ efforts to implement strong deforestation-free sourcing policies, and fought against efforts to establish traceability. However, IOI Loders Croklaan has recently started to engage with Forest Heroes and is developing a policy to address these issues.

See Friends of the Earths report Commodity Crimes for more details and for the reactions of some of the financial institutions involved.

In 2011 Norway's Government Pension Fund Global divested from IOI Corporation, after it revised its investment guidelines to include deforestation as a portfolio risk.

RSPO's credibility on the line: Will it maintain its suspension of industry laggard IOI Group?

RSPO NOTIFICATION OF ON GOING PLANTING

The New Law of the Jungle?

Responses by certification schemes and the IOI Group to Finnwatch’s Law of the Jungle report
2015-03-01 00:00:00 | Finnwatch
ngo documents

The law of the jungle

The Case of Bumitama Agri in West Kalimantan and its connection to global markets
2013-11-22 00:00:00 | Friends of the Earth Europe
annual reports

To green to be true

IOI and the RSPO