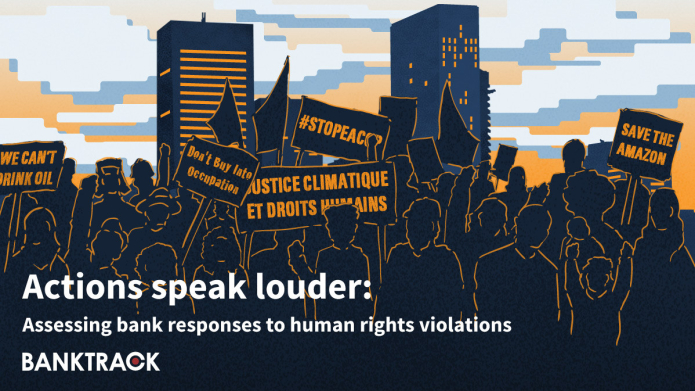 New analysis by BankTrack finds that bank responses to allegations of human rights abuses linked to their finance typically avoid addressing the specific issue raised, and only very rarely set out any specific action taken towards resolving the problem.

The report, “Actions speak louder: Assessing bank responses to human rights violations'', investigates bank responses in nine cases in which severe human rights impacts are felt by local communities and affected people, ranging from forced displacement and failure to provide compensation to ties with oppressive regimes and paramilitary violence. It scores banks on whether they address the allegations raised; set out appropriate action taken; and monitor whether these steps are effective. The report covers cases as varied as the East African Crude Oil Pipeline (EACOP) in Uganda and Tanzania, the Base Toliara mineral sands mine in Madagascar, and Israeli illlegal settlements in the Occupied Palestinian Territories (OPT).

The UN Guiding Principles for Business and Human Rights (UNGPs) set out a responsibility for all businesses, including financial institutions, to avoid infringing on the human rights of others and address adverse human rights impacts with which they are involved when they occur. Ten years on from the publication of the UNGPs, examples of banks providing or contributing to adequate remedy for affected people remain extremely rare.

From an analysis of 90 instances in which BankTrack or other civil society groups contacted banks regarding specific allegations of human rights abuse, the report finds that banks responded in most instances (69 responses, or 77%), but that in over half of these responses (36 out of 69, or 52%), the response neither addresses the substance of the issue raised nor acknowledges the bank’s finance for the company or project in question. The analysis found only six cases in which banks set out any specific action taken to address their link to the impact or resolve it.  No instances were found in which banks provided details on whether or how they monitored the effectiveness of any action to prevent, mitigate or address impacts. 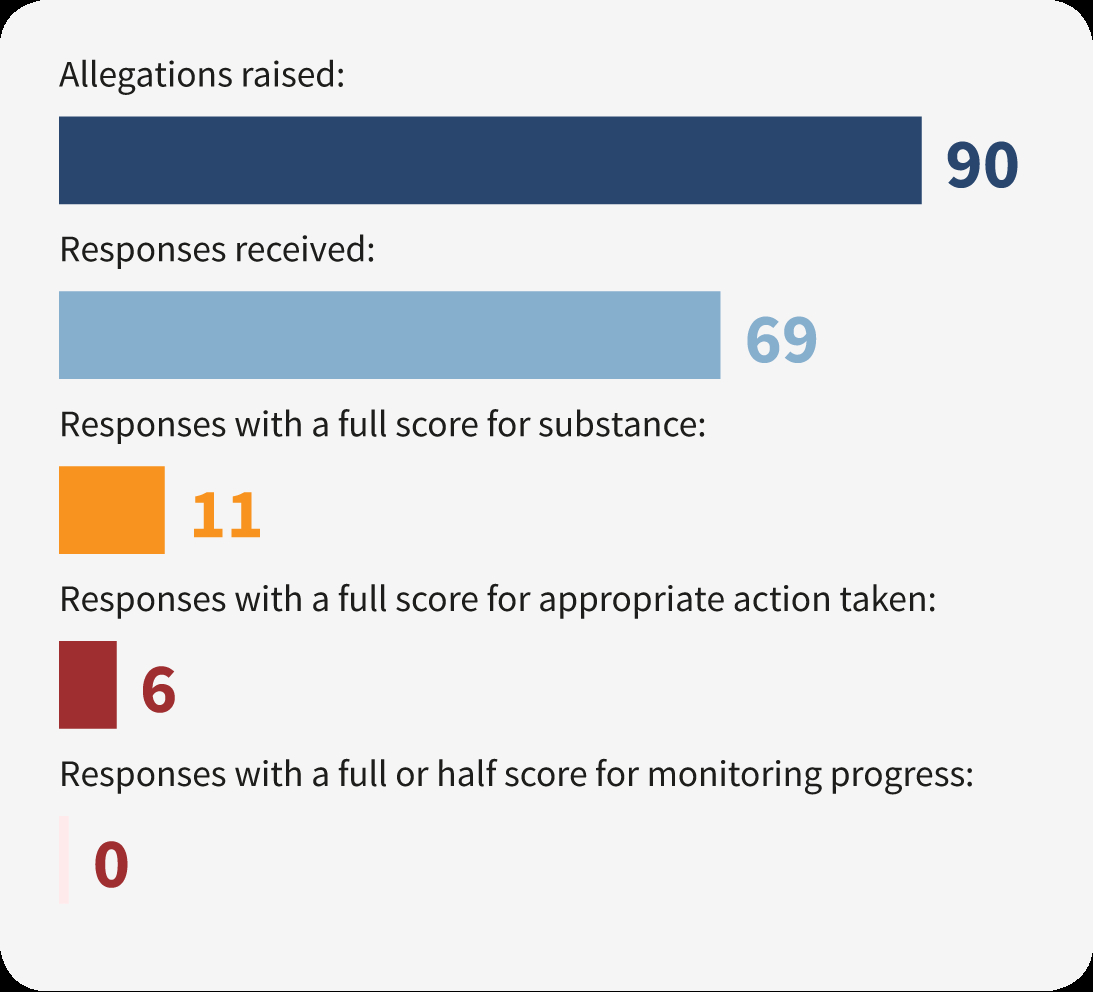 The cases included in the report all represent severe human rights impacts felt by local communities and affected people. For example, the proposed EACOP oil pipeline has already impacted local people before construction has begun, with delays to compensation, restrictions on land use and harassment and intimidation of affected people. Of 21 banks approached, only 13 responded to a letter on the issue, and five of those responses simply cited client confidentiality, and did not address the issues raised or acknowledged the bank’s link to the project.

“Local communities that are affected by these projects deserve a well-considered and concrete response from the banks that are providing finance” said Hannah Greep, human rights campaigner at BankTrack. “It is not enough for banks to refer to abstract human rights policies if they don’t then show how this is implemented on the ground through addressing human rights impacts and providing appropriate remedies.”

Another impact included in the report are labour standards violations in IOI Corporation’s Malaysian plantations, as exposed by a 2014 report by Finnwatch. Their investigation found severe violations of labour standards, including withholding workers’ passports, denying their rights to join trade unions, and failure to pay the minimum wage. Of 15 banks approached, 14 responded to BankTrack, however only three banks took some action by engaging with its client or excluding the company from finance, but none of the banks did enough to receive a full score on any of the criteria.

The results show clear differences by country, with French banks setting a relatively good example, responding in 11 instances out of the 14 enquiries made and receiving an average response score of 0.75 out of 3. Banks in the US and UK also responded often - 14 responses out of 17 in the UK and 14 responses out of 15 in the US), but these responses scored much lower for their quality, only receiving 0.29 out of 3 in both countries. Japanese banks also responded frequently - 8 instances out of 10 - but only one of these responses received a score above 0.

BankTrack is calling for progress towards mandatory human rights and environmental due diligence from regulators, with an emphasis on ensuring grievance mechanisms and other channels are available through which people whose rights are affected by bank-financed projects can seek effective remedy. In the meantime, banks must respond to communities and civil society organisations that raise genuine human rights concerns, and do so in a way that constructively engages with the issues raised and includes taking appropriate action, wherever possible, towards making sure human rights abuses are avoided where possible, and otherwise remediated.

This report marks the start of BankTrack’s project to systematically evaluate banks on their responses to human rights allegations, as part of BankTrack’s Human Rights Benchmark project. It aims to build on the benchmarking of banks on human rights, with a greater emphasis on actual impacts on people and communities, and how banks respond, or fail to respond, to address such impacts.

Base Toliara sands mine Madagascar

Commodities Trading | Oil and Gas Extraction
There are no companies active for this item now.
on record