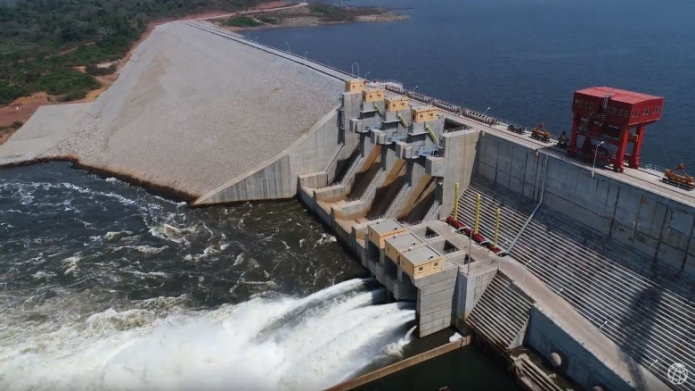 The Nachtigal hydropower project is a 420 megawatt hydroelectric power plant being developed in Nachtigal, Cameroon by the Nachtigal Hydro Power Company (NHPC), a consortium led by Électricité de France (EDF). The hydropower plant is located on the Sanaga River at the level of the Nachtigal Upstream Falls in the Batchenga, Obala and Mbadjock districts, 65km northeast of Yaounde in the central region of Cameroon. It is in close proximity to the existing Mbakaou dam and the Lom Pangar dam also on the Sanaga River. The project consists of two concrete dams on the Sanaga River to create a reservoir; a concrete-lined canal; a hydroelectric power plant; a secondary power plant; and a transmission line. Construction of the facility began in 2018 and is expected to be operational in 2023.

NPHC responds to IFI Synergy regarding impacts on local communities

Financial institutions involved with this project must set out a plan to transparently engage with the project sponsor, NHPC, to remediate the issues associated with the construction of the dam. They should publicly report on any progress made in ensuring the rights of affected communities are upheld.

Loss of livelihoods Before the construction of the dam started, communities relied on this area for fishing, sand excavation, restoration, agriculture, collection of non-timber forest products (e.g. arrowroot), and the practice of traditional rites on the Binadjengue sacred site. Their livelihoods depended upon these activities in the area and they have received unsatisfactory compensation (see below). Additionally, NHPC promised to recruit local workers for the construction of the dam as labourers, drivers or technicians, but to date, they have not done so.

Inadequate and delayed compensation  Issues have been raised by community members regarding compensation following the Compensating Actions Program implemented by NHPC as part of the Resettlement Action Plan in 2015. Those affected believe that the compensation given and that which was promised by the company in the Environmental and Social Action Plan is at odds with what they have lost.

Fisherfolk are no longer able to access the river where the dam is being constructed. Those who decided to continue fishing have received less compensation than agreed during consultations, and considerably less than they would have earned with continued fishing in the area. Those who decided to stop fishing have not received any compensation, despite agreements made during consultations. A coalition of fisherfolk wrote letters to NHPC asking for this promised compensation but have still not received it.

Sanders, who collect and sell sand from the area where the dam is being constructed, face a similar predicament. Only a few sanders, located in what the NHPC call the 'red zone' (the dam's direct flooding zone), have received financial compensation, and this is less than they previously earned. The majority of sanders, those located in 'blue and green zones', are still waiting for compensation.

Relocation of sacred site NHPC has given compensation to the community in order for them to move the Binadjengue sacred site, located in the dam construction area. The sacred site has been moved; however, the local community argues that this compensation is not enough to adequately carry on traditional rites, as they no longer have access to the water and fish that were used in these rites.

Stakeholder consultation The consultation meetings conducted by NHPC in 2015 were reported by community members to be threatening environments where individuals were unable to raise their concerns. Communities described them as an opportunity for the company to present the project and its financial partners, explain that impacted communities will suffer from the construction, and to present them with compensation. There is some evidence of a ‘company communities officer’ to whom locals can raise concerns, but community members report long waiting times for responses and a lack of resolution from the process.

Ineffective grievance mechanism The affected communities, including sanders, fishermen and other community members, have filed petitions and written letters directly to the NHPC asking them to uphold their promises regarding compensation, which remain unanswered. The affected communities did not know that there was a project-level grievance mechanism and the company did not indicate to community members that this mechanism is in place which they could use to file their complaints formally.

Gender impacts Women have been particularly affected by the unsatisfactory compensation scheme. Where compensation has been given, it has not taken into consideration the support of women. In nearly every case, the compensation has been given to men, and there is no specific mechanism in place for the consideration of women. In addition, many women made a living from preparing and selling food to the sand workers, which they can no longer do. They have not received any compensation for the last five years. These same women have asked to be able to continue to prepare and sell food to the workers who are constructing the dam in order to make a living, but they have been prohibited from doing so.

For more information on the impacts the project has on the communities, see IFI Synergies report here.

Impacts on forests The project area is located in the Guinea-Congolese rainforest, a transition zone between forest and savannah. Approximately 310 hectares of forest has been cleared during the construction of the required infrastructure for the dam, including the hydroelectric power station, the water retention area and the electricity transmission line. The communities rely on the forest for the collection of non-timber forest products that are used locally in traditional medicines and other traditional uses.

Impacts on wildlife As a result of clearing the land, many animals and birds will lose their habitats. Several bird species that are protected under Cameroonian wildlife legislation are present in the project area, as well as one bird species that is endangered according to the IUCN Red List, the Golden Turaco. As a result of habitat loss and the arrival of workers in the area, there is an increased risk of poaching. The construction of the dam will also have a direct impact on fish. The noise caused by construction and the obstacle that will be created by the dam results in fish escaping the area.

Action for a Sustainable Environment has published two new briefing papers regarding the Nachtigal hydroelectric dam. The first presents the greenhouse gas emissions generated by the construction of the dam and highlights the inadequacies in the consideration of the climate aspect observed in the environmental and social impact assessment report of the project. The second highlights the present environmental impacts on the ground and examines the effectiveness of the environmental measures recommended in the Environmental and Social Management Plan (ESMP), providing recommendations to the project sponsor on how to address the damage caused by this project.

NPHC responds to IFI Synergy regarding impacts on local communities

On June 15th, 2021, the project sponsor, NHPC, replied to IFI Synergy's letter of March 2021 that outlined the continued impacts felt by local communities in relation to the project. (See here.) Whilst IFI welcomes this response from the company, they continue to push for NHPC to conduct further consultations with the local associations of community members in order to fully address the impacts caused by the Nachtigal project, stating that NHPC is far from satisfying the needs of impacted populations.

IFI Synergy has responded to NHPC's December 2020 letter outlining the continued impacts faced by local communities as a result of the Nachtigal dam. These impacts include: lack of further community consultations, failures in the complaints mechanism, and continued problems with compensation, resettlement and livelihood restoration. IFI Synergy, in its letter, has outlined clear recommendations for the company moving forward.

Discussions with FMO regarding community concerns on Nachtigal dam

IFI Synergy has communicated the concerns regarding stakeholder engagement and compensation to some financial institutions involved in this project including FMO. They have received a response from FMO, and details of the correspondence can be found here. They continue to engage with FMO and other banks on the issues raised.

The project is expected to cost EUR 1.2 billion. Financial close was reached on 24 December 2018. The project is funded with a debt-equity ratio of 76:24; (76% of the capital will come from borrowing and 24% from the companies' own capital).

EUR 289 million in equity was raised from an EDF-led consortium – see “companies” tab.

EUR 916 million in debt was raised from a Multilateral Development Bank loan of EUR 745 million and a private credit facility of EUR 171 million from 11 development finance institutions and four commercial banks. Société Générale acted as financial advisor to EDF and IFC.

The shareholders of NHPC are:

Construction Of Nachtigal Dam: NHPC’s Poor Coordination May Be Too Costly For Locals, Environment

Construction of the Nachtigal dam: Advocacy for the respect of the rights of residents

Nachtigal Hydroelectric Dam: What are the environmental impacts?

Letter from IFI Synergy to FMO on Nachtigal hydropower project

In 2006 the Government of Cameroon developed a long-term Electricity Sector Development Plan for the period to 2030, and in 2014 it updated the plan to extend to 2035. The plan ranked the Nachtigal site as one of the most interesting hydropower sites in the country, in economic and environmental terms. Technical and economic studies conducted in 2005 and 2006 demonstrated that the project is feasible but dependent on building the Lom Pangar dam upstream. The project was therefore delayed until 2011 when the Nachtigal Hydroelectric Project was relaunched. The initial Environmental and Social Impact Assessment (ESIA) of 2006 was updated in 2011.

On 8 November 2013, a Joint Development Agreement was signed between the government of Cameroon, EDF, the International Finance Corporation (IFC) and Rio Tinto Alcan (RTA) for the development of the project. RTA has since left the project development. Stakeholder consultations and surveys were conducted in 2015 - 2016 and construction began in 2018.