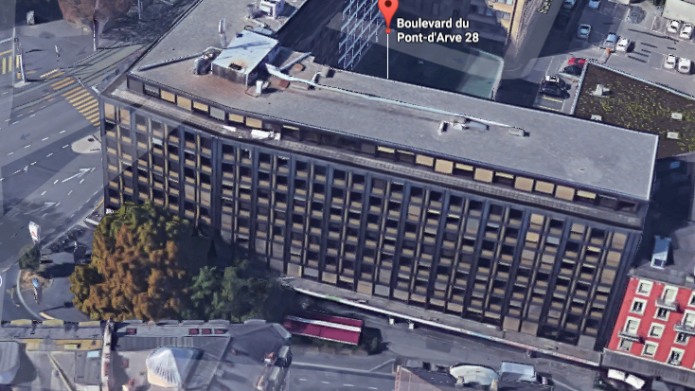 Vitol is a global energy and commodity trading company, founded in 1966 in Rotterdam, The Netherlands, where it is registered, with its head office in Geneva, Switzerland. Its focus is oil trading, although it also trades other commodities including sugar, metals and grain.

The company is renowned for its willingness to do business in war zones and other trouble spots – for example, in 2011 it was the first company to export oil from rebel-held Libya. Vitol was found guilty in 2007 of grand larceny related to the United Nations’ oil-for-food program in Iraq, paying a penalty of $17.5 million.

Vitol's involvement, with Trafigura, in the scandal of dumping high-sulphur fuel in several African countries, is the subject of BankTrack's 2017 briefing, Banks and Dirty Diesel.

Right to health: As the report by the Swiss ngo Public Eye has made clear, Vitol is playing off the human right to health against their own profit. The blending and selling of high sulphur fuels massively affects people in urban Arfrican regions where car traffic has increased during the last decades. Taking advantage of the much higher legal limits of toxic substances in African countries, compared to European regulations where Vitol is headquartered, allows to make profits through selling socalled "African-quality" fuel. In these, cheaper and dirtier crude oil is blended into fuels which cannot be sold on the European or American market. For instance, the European limit for sulphur content is 10 parts per million (ppm), in contrast to average limits of 2000 ppm on the African continent before the publication of the report. These differences are cleverly utilized by Vitol for customizing fuels for different markets. Basis for decision does not lie on health endangerment or ecological impacts but on potential revenues, blocking out health related issues entirely. Although Vitol does not violate legal regulations, its fuels are tailored to these limits to dispose crude oil which could not be sold elsewhere. It is noteworthy, that blending clean fuel is not a matter of technical difficulties but of higher costs.

Vitol has in recent years increased its share on the African petrol market to sell its dirty fuels. Consequently, contributing not only to the smog problem in metropolitan regions, these fuels destroy vehicles' emission control technologies and fitlers shortly [Page 21]. After these are destroyed, toxic fumes are emitted unrestrained and ultra-fine particles penetrate deep into the lungs of people, causing severe respiratory diseases. As such, Vitol does not only violate its own csr policy in failing to "take our responsibility towards health, safety and the environment extremely seriously" - but violate human rights in trading health' with profits.

Trading coal: According to its website, Vitol entered the coal market in 2006. The companytrades both steam coal and anthracite out of four main regional centres, which are Singapore,Geneva, London and Houston. Vitol partners with, funds or owns mines in the United States, Indonesia, Canada, South Africa and Russia. In 2014, Vitol traded over 30 million tonnes of coal, corresponding to a marketshare of 2.6% of internationally traded coal. Vitol claims to have “become one of the world’s top 5 coal traders.” The total estimated value of the coal traded by Vitol is USD 2.4 billion. The greenhouse gas emitted by the burning of this coal amounts to the annual equivalent of approx. 74 million tonnes of CO2(1.4 times more than the total greenhouse gas emissions of Switzerland.

A 2001 article in The Guardian stated that in 1995 Vitol had secretly paid USD one million to Serbian war criminal Arkan to settle a deal with a Serbian Oil company, Orion. Vitol has denied all charges, arguing that no government agency has ever prosecuted the company in this respect. In 2007, Vitol pleaded guilty to grand larceny in a New York court for paying surcharges to Iraq's national oil company during Saddam's regime and circumventing the UN oil-for-food program. Vitol subsequently paid USD 17.5 million in restitution for its actions.

According to an article by Reuters, Vitol was the company to organise the first controversial sale of Libyan rebel oil to Tesoro Corporation in early April 2011. According to the Financial Times, the company was approached by the Qatari national oil company to sell a cargo of crude oil supplied by the Libyans in exchange for technological supplies and fuel for the National Transitional Council of Libya.

In September 2012, an article in Reuters alleged that the company had bought and sold Iranian fuel oil, bypassing an EU embargo against Tehran. Vitol bought 2 million barrels using a ship-to-ship transfer off the coast of Malaysia from a National Iranian Tanker Company vessel and sold it to Chinese traders. The article stated that as Vitol is based in Switzerland, which did not implement Western sanctions, Vitol had skirted the charges. In 2013, The Telegraph alleged that the company had been using for over a decade an Employee Benefit Trust, avoiding paying income tax for its UK staff.

Through practices as: export of oil below the market price and systematic deceit at importing refined oil products Nigeria loses billions of dollars each year. Companies such as Trafigura and Vitol profit heavily from these corrupt and uneconomical system. This clearly states this 2013 report by Public Eye.

Five countries in West Africa have decided to stop importing "dirty fuels" from Europe, the UN Environment Programme says. A recent report revealed that European companies were exploiting weak regulations in West Africa to export fuels with high levels of sulphur. Nigeria, Benin, Togo, Ghana, and Cote d'Ivoire agreed on the import ban. The UN says the move will help more than 250 million people breathe safer and cleaner air. The sulphur particles emitted by a diesel engine are considered to be a major contributor to air pollution and are ranked by the World Health Organization (WHO) as one of the top global health risks. It is associated with heart disease, lung cancer and respiratory problems (source BBC).

Swiss commodity trading companies, including Trafigura and Vitol, take advantage of weak fuel standards in Africa to produce, deliver and sell diesel and gasoline, which is damaging to people’s health. Their business model relies on an illegitimate strategy of deliberately lowering the quality of fuels in order to increase their profits. Using a common industry practice called blending, trading companies mix cheap but toxic intermediate petroleum products to make what the industry calls “African Quality” fuels. Read the full report here.

The banks and financial data below cover only the largest financiers. In sum, banks have issued bonds in the amount of USD 814 million, have given corporate loans of USD 6.164 million and have provided corporate  loans in the form of revolving credit amounting to USD 43.631 million.

Oil and Gas Extraction
There are no projects active for Vitol now.

An assessment of the climate action plans of 29 Dutch companies and financial institutions
2022-07-05 00:00:00 | Milieudefensie
our publications

Vitol and coal trading : Challenges of human rights due diligence in the supply chain

Vitol at a glance