Home › News
Banks provide billions for Dirty Diesel traders while failing to act on human rights, says new briefing
- Oil traders Trafigura and Vitol received over $100 billion in loans since 2012
- Of 26 banks contacted, not one has pressured companies over toxic fuel exports to Africa
By: BankTrack
2017-05-23
Nijmegen 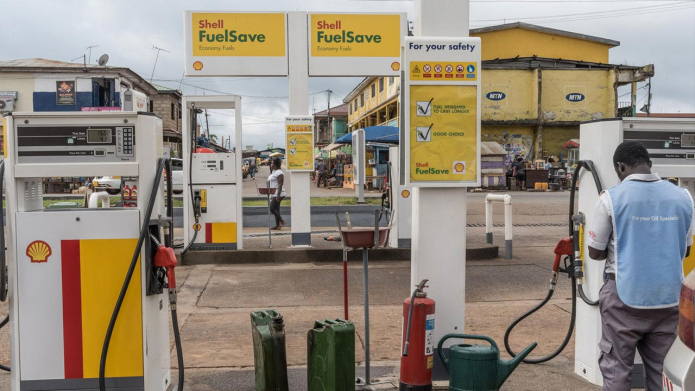 A new BankTrack briefing raises serious questions about how banks are conducting human rights due diligence and their ability to recognise and act upon the impacts of their finance. For the publication, “Banks and Dirty Diesel” , BankTrack contacted 26 banks that have loaned billions to the oil traders Trafigura and Vitol, to request details of how they have fulfilled their human rights obligations in light of a detailed investigation by Swiss NGO Public Eye into how the traders are flooding Africa with toxic fuels. Banks from the UK, France, Netherlands and Japan are among their largest financiers of the companies.

The investigation tested petrol and diesel at the pump in eight West and Central African countries to show how these traders take advantage of weak fuel standards by supplying and retailing cheap fuels, with sulphur levels typically hundreds of times the European limit, at the expense of people’s health.

Each of the 26 banks contacted have loaned over $1 billion to Trafigura and Vitol in total since 2012. Almost all banks responded, but according to BankTrack’s analysis, most did not address the impacts of their clients directly. Nine banks did provide a view on the traders’ export of high-sulphur fuels, and seven said they had discussed the issue with the companies. However, none said that they had challenged the companies to stop the practice, described as “unethical and unacceptable” by the UN Environment Programme, nor planned to do so.

Several banks repeated claims made by Trafigura and Vitol that only government regulation can address the problem of high sulphur content fuels, and that “unilateral” action by companies would not solve the problem. However, these claims have already been refuted by Public Eye, which has found no valid reason that companies producing and shipping fuels to Africa cannot deliver higher quality fuels than the national specification.

Banks have a responsibility under the UN Guiding Principles on Business and Human Rights to respect human rights, including the right to health. This means they should seek to at least prevent or mitigate negative impacts, by conducting human rights due diligence covering the impacts of their finance. In this case, banks could have fulfilled this responsibility by engaging with their customers to seek changes to their business practices following the widely-reported Public Eye investigation.

Ryan Brightwell, BankTrack Human Rights Campaign Coordinator, said: “Rather than critically investigating the impacts of Trafigura and Vitol’s behaviour, banks seem to have simply accepted their clients’ excuses for inaction at face value. Banks need to ensure their human rights due diligence is more than skin deep, and demand that these companies stop selling Dirty Diesel if they are to continue receiving billions in finance.”

Andreas Missbach of Public Eye, an author of the September 2016 report and a BankTrack board member, said: “It is absolutely unacceptable that the banks financing Trafigura and Vitol simply accept factually wrong excuses from these trading behemoths, that defend a toxic business model which puts extra profit above the health of the urban population in Africa and elsewhere.”

The “Banks and Dirty Diesel” briefing can be downloaded here.

The appendices to the briefing, including full bank responses, can be downloaded here.

Commodities Trading | Oil and Gas Extraction
There are no companies active for this item now.
on record