This profile is no longer actively maintained, with the information now possibly out of date
Send feedback on this profile
Download as PDF By: BankTrack
Created before Nov 2016
Last update: 2018-11-05 16:59:33 Share this page: 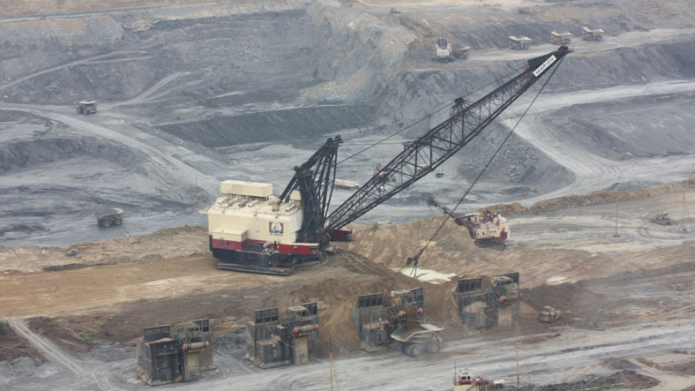 Drummond Company Inc. is a coal mining company based in Birmingham, Alabama, United States, with operations in Alabama and in La Loma, Colombia. It controls coal reserves totaling over two billion tons. Drummond primarily produces low sulfur or compliance coal. According to a Forbes report, Drummond earned revenues of USD2.4 billion in 2014, while employing 6,000 people.

Drummond produces coal and coal-based derivatives. It offers metallurgical coal. The company also provides petroleum based products for mining operations, such as diesel and refined gasoline products; petroleum-based products ranging from lubricants and oils to hydraulics, and on-road and off-road fuels; and fleet fueling, on site delivery, lubrication surveys, oil analysis, and waste oil collection services. In addition, it distributes mining, foundry, construction, and industrial supplies. Further, the company engages in the real estate development of land and master planned communities. It serves its customers in the United States and internationally.

Finance for Drummond was the subject of a Human Rights Impact Briefing by BankTrack. published in May 2016.

The report describes how, from 1996 onwards, paramilitaries from the United Self-Defence Forces of Colombia (AUC) started operating in the vicinity of Drummond and Prodeco mining concessions and along Drummond's railway line in Cesar. The AUC created a new front in this area, the Juan Andrés Álvarez Front, which quickly grew to 600 members. The fear and terror this front spread among the local population was horrific: on the basis of national police figures, it is conservatively estimated that between 1996 and 2006 this front drove over 55,000 farmers from their land, committed at least 2,600 selective killings, murdered an estimated 500 people in massacres, and ‘disappeared' more than 240 people.

Testimonies, made under oath in legal proceedings by ex-paramilitary leaders and Drummond's ex-contractors and supplemented with detailed interviews conducted later by PAX, indicate that the mining companies Drummond and Prodeco supported the paramilitaries in several ways.

Drummond has denied the allegations that were made against them, and a summary of its response is given in the Dark Side of Coal report. In March 2015 Drummond also filed a lawsuit against American and Colombian human rights lawyers (Colombia Reports, 2015).

In May 2015 a former executive of Drummond was interrogated over his alleged involvement with the murder of two trade unionists, after former paramilitaries claimed they were financed by Drummond and coordinated the murders with the company. This case is now to be decided by Colombia’s Courts of Justice. It followed from the conviction of a former contractor for Drummond in February 2013, who was sentenced by a Colombian court to 38 years in prison for organizing the killing of two labour leaders in 2001 BHRRC, accessed May 2016.

Benefitting from paramilitary violence In addition to the evidence of these testimonies, it is clear that Drummond has, in various ways, benefited from the human rights abuses committed by the AUC, and that they continue to do so to this day. For example: forced displacement of communities carried out by the Juan Andrés Álvarez Front has cleared the path for land to be sold to Drummond for the expansion of its mining projects (detailed in Chapter 7 of the Dark Side of Coal report). In addition, the violence and threats by the paramilitaries against trade union leaders and civil society organisations has weakened and curtailed the activities of these groups.

Labour standards In June 2015 Drummond and Prodeco together fired a total of 26 leaders of the regional section of the largest independent labour union in Cesar, Sintraminergetica. This move has hugely damaged the already weakened independent labour movement. The companies argue that they were involved in a strike in 2012 that was declared illegal (PAX, 2015).

"For several years, farmers and residents of the mines have been complaining about the enormous impacts that arise in the course of coal mining. The dangerous dust clouds that result from blasting the coal out of the ground, affect the health of local residents. A study in 2011 showed that 50% of the Colombian population suffer from diseases of the respiratory tract due to the strong emissions from the industry. (Deutschlandfunk)

Every day approximately 160,000 tons of coal are transported from the mines to the Caribbean coast. The rail cars are not covered during transport, resulting in the coal dust being distributed through the entire region, including coal dust and dirt entering rivers and fields. Even the rain water is deep black and cannot be used as drinking water, nor to irrigate the land. According to media reports, the river Paraluz was polluted by the derailment of a number of rail cars carrying coal belonging to the company Prodeco in April 2014. (Deutsche Welle)

The carbon storage at the ports is no less dangerous for the residents. The coal dust blows from these ports deep into the country and affects humans, animals and agricultural production. In addition, when coal is loaded onto cargo ships further dust is blown off resulting in serious pollution of the sea.(Deutsche Welle) At the end of 2013 the Drummond Group of companies were convicted and sentenced to a fine of 6.965 million pesos (3.58 million U.S. dollars) due to contamination of the Bay of Santa Marta. This contamination occurred in January 2012 when a barge on the point of sinking offloaded several tons of coal in the main tourist area of Santa Maria.(Hispanically Speaking News) This progressive destruction and endangerment of the marine ecosystem leads to a significant decline in fish stocks, impacting the livelihood of many fisherman who depend on the local area."  Facing Finance, 2014.

Colombian authorities have reopened an investigation into whether Drummond financed a paramilitary group. Eight Drummond executives will be interrogated about unusually high payments made to a contractor, Jose Blanco, who was convicted in 2013 in the killing of two union leaders who worked at Drummond and sentenced to 38 years in prison. (source: www.al.com)

Two Colombian trade unions (CGT and SINTRADEM) have filed an OECD Guidelines complaint against American coal mining company Drummond for labour rights abuses (related to the issues of freedom of association and health & safety) at Drummond's coal mine in Colombia. The complaint is the first ever filed with the Colombian National Contact Point (NCP) for the OECD Guidelines. A number of European power companies - RWE/Essent, Vattenfall/Nuon, E.ON, Engie/GDF Suez, Enel, STEAG, EDF, EnWB - are mentioned in the complaint given that they are major purchasers of coal from Drummond's Colombian operations (source Confederacion General del Trabajo Colombia).

U.S.-based coal producer Drummond said it expected its coal exports for 2016 to rise to between 34-35 million tons, up from a projected total of 28 million tons in 2015. "We expect to have export levels at 35 million tons, with a production level that may be close to that," Drummond's top executive in Colombia, Jose Miguel Linares, told reporters (source: www.efe.com).

HSBC dusts down its mining policy, but leaves room for more coal financing

Drummond Company, Inc. appoints new CEO and new Chairman of the Board

On Coal and Capital: Demand that HSBC Quit Coal

Why Drummond and Glencore are accused of exporting Colombian blood coal

Shareholders Press Bank of America for Coal and Climate Finance

Coal giant's operations not a blast for locals

Colombia to charge employees of US coal company Drummond

Why Colombia halted a US company's coal exports

The Dark Side of Coal

Testimony of the children of Cándido Méndez, a union leader who was shot dead in 2002.
http://www.paxforpeace.nl/stay-informed/in-depth/stop-blood-coal/stories/rafael-arturo-mendez-barbosa-maira-marleny-mendez-brother-sister