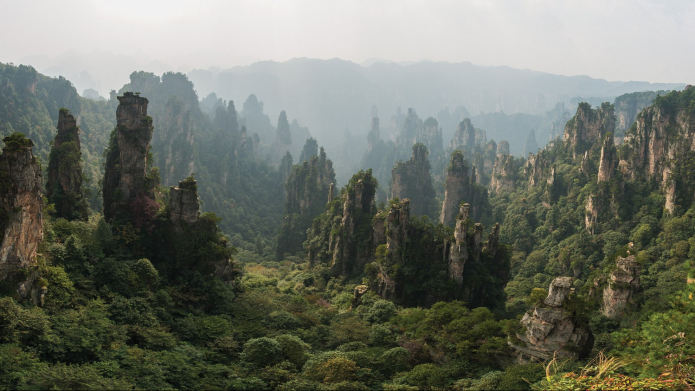 Loss of biodiversity is a planetary emergency. A report on the Economics of Biodiversity states that many ecosystems have been degraded beyond repair or are at imminent risk of reaching ‘tipping points’, which could have catastrophic consequences such as species extinction, forest-climate feedbacks in boreal regions and epidemics. Maintaining ecosystem balance and biodiversity is vital in climate regulation, carbon capture and the prevention of newly emerging diseases. Vast amounts of biodiverse land serve as home to many Indigenous peoples and traditional communities. In order to safeguard biodiversity, banks must act urgently and decisively to address the impacts linked to their financing that contributes to biodiversity loss.

Tropical and subtropical forests are ecosystems that harbour the greatest biological diversity globally and store about 70% of the carbon in forests worldwide. Yet they have been largely threatened by changes of land use caused by large-scale commercial agriculture - the main cause of deforestation (40%) - local subsistence agriculture (33%), infrastructure (10%), urban expansion (10%), and mining (7%). The planet’s largest rainforest, the Amazon, is being ravaged by catastrophic fires due to advancing monoculture plantations, mining, and illegal logging. Lake Baikal, the world’s largest and deepest freshwater lake, is suffering with the intense impacts of mining and water infrastructure. Half of Australia's Great Barrier Reef is now dead due to coal and gas projects and Ramsar Wetlands in Uganda are being threatened by construction of the massive EACOP pipeline.

Restoring and protecting these ecosystems is one of the most effective strategies for tackling climate change. Rainforests like the Amazon act as carbon sinks and are a vital regulator of climate change by removing one quarter of the carbon dioxide emitted into the atmosphere by humans. Coral reefs harbour the highest biodiversity of any ecosystem globally and provide a wide variety of ecosystem services such as protection from flooding and sustaining the fishing industry. Coral reefs are estimated to directly support over 500 million people worldwide, through providing daily subsistence food. A 2015 study by the WWF projects that the climate-related loss of reef ecosystem services will cost at least US$ 500 billion per year by 2100. Healthy ecosystems will be more resilient to climate change and so more able to maintain the supply of ecosystem services on which our prosperity and wellbeing depend.

The World Economic Forum ranks biodiversity loss and ecosystem collapse as one of the top five threats humanity faces in the next 10 years. A broad range of human rights depend on thriving biodiversity and healthy habitats and ecosystems. These include not only the right to a safe, clean, healthy and sustainable environment, but also the right to food, clean air and water, health, culture and the right to life. Conversely, biodiversity and habitat loss often result in violations of these rights. Biodiversity loss disproportionately harms those who are already subjected to the worst consequences of climate change and are vulnerable to exploitation, such as Indigenous peoples and traditional communities, women and girls, children and youth and the poor. In 2020 alone, 277 land and environmental activists were murdered for defending their land and the planet. The destruction of nature continues to worsen the situation for frontline communities and defenders of the earth.

Deforestation and land use change expose humans to new microbes. Microbial diversity is a large part of the diversity that is being lost and these microbes - bacteria, viruses and fungi, among others - are essential for maintaining healthy ecosystems. Because humans are part of these ecosystems, our health also suffers when they vanish, or when barriers reduce our exposure to them. As the loss of biodiversity continues, we are witnessing an increasing spillover of pathogens from wild animal species to humans, exposing our vulnerability to Zoonotic diseases such as COVID-19.

According to an OECD report, the global financial flows that are potentially harmful to biodiversity are estimated at US$ 500 billion per year, which is almost six times more than the total spending for biodiversity conservation. Economic activities require use of land and water and in most cases they cause degradation of nature, emissions of greenhouse gases and environmental pollution. Financial institutions play a key role in this field by financing these economic activities. A ShareAction report found that of 75 of the world’s largest asset managers 86% made no reference to ecosystem protection, natural capital or biodiversity in their policies.

What banks must do

The overall aim of the Banks and Nature campaign is for banks to protect nature and end bank finance for nature destruction. In order to achieve this, we demand from banks that they: 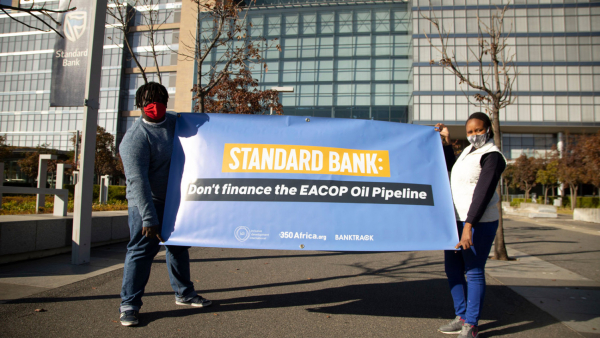 Sombwe Dam Congo, the Democratic Republic of the

Hydroelectric Power Generation
There are no projects active for Banks and biodiversity now.
on record

Banks and biodiversity: are banks moving towards Kunming?

As China hosts the first part of the UN Biodiversity Conference, banks are called upon to support its goals
2021-10-14 | Nijmegen | BankTrack
blog
external news
our news

The banking industry’s role in the biodiversity crisis

Pandemics result from destruction of nature, say UN and WHO

The material risks of fish mortality and the use of wild-caught fish in feed for the aquaculture sector
2021-08-24 00:00:00 | Feedback, Changing Markets Foundation, CFFA, and WSRW
csr policies

Violations in the name of conservation

Financial Sector Guide for the Convention on Biological Diversity

How bioenergy harms biodiversity: the facts

The Economics of Biodiversity: The Dasgupta Review Abridged Version

Beyond 'Business as Usual': Biodiversity Targets and Finance

Biodiversity Opportunities and Risks for the Financial Sector