Home › News
USD 4.2tn investors call on leading banks to strengthen climate ambitions before COP26
Investors including Fidelity International and M&G Investments call on banks to demonstrate their climate credentials by committing to phase out coal finance before COP26
By: ShareAction
2021-07-07
London
Contact: 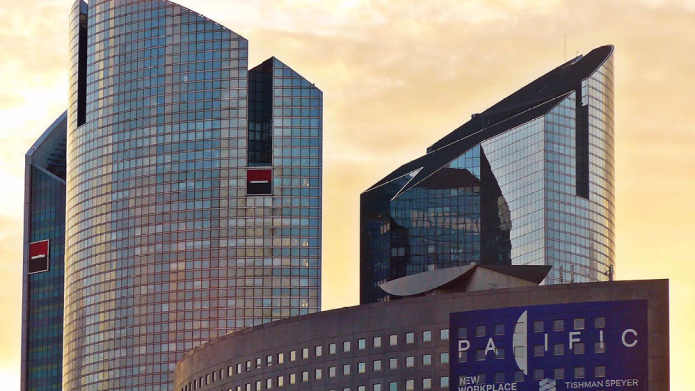 115 investors with USD 4.2 trillion in assets under management are asking banks to align their financing activities with the 1.5°C goal of the Paris agreement. Photo: ShareAction

115 investors representing USD 4.2tn have written to 63 banks including JPMorgan Chase, Deutsche Bank and Standard Chartered calling on them to strengthen their climate and biodiversity strategies in the run-up to the Kunming Conference (CBD COP15) and the UN Climate Talks (COP26) in Glasgow this year.

The investors, including Aviva Investors, Fidelity International, EOS at Federated Hermes and M&G Investments, say the banks are in a powerful position to drive the low-carbon transition and to help avert the worst consequences of climate change and biodiversity loss. They also argue that the banks are exposed to a range of climate and nature-related risks, including physical and transition risks that could have a significant impact on the value of assets and liabilities.

The investor asks go beyond the pledges made by banks through voluntary initiatives such as the Net-Zero Banking Alliance (NZBA) and the Collective Commitment to Climate Action (CCCA). For example, they call on banks to phase out from financing coal by 2030 in OECD countries and by 2040 in non-OECD countries at the latest, encouraging them to publish phase-out plans and commit to stop financing companies with coal expansion plans before COP26 in order “to demonstrate their climate commitment”.

NZBA signatories have pledged to set their first round of climate targets by the end of 2022, whereas the investor letters call on banks to publish short-term (5-10 years) climate-related targets covering all relevant financial services ahead of banks’ 2022 AGMs.

The letters also call on the 63 banks to align their climate plans with the IEA’s Net-Zero scenario – or another 1.5C scenario with minimal reliance on Negative Emission Technologies – which called for an end to fossil fuel exploration and development. They further called on the banks to review their sectoral policies, company targets, client expectations and financial statements based on the 1.5C scenario they have selected.

Finally, the investors ask banks to make a commitment – before the CBD COP15 conference in October – to publish a biodiversity strategy that includes:

The letters request a response by 15 August, including an overview of the steps that each bank is planning to take to address the highlighted issues, and conclude with a warning that “Progress against these issues may be taken into consideration within investors’ 2022 AGM voting action and engagement activities, such as voting on special and ordinary resolutions”. Ordinary resolutions include director re-elections, raising the prospect of contested elections at bank AGMs similar to that recently seen at oil and gas major Exxon.

Jeanne Martin, Senior Campaign Manager at ShareAction, said: “Leading investors have today called on global banks, including those that have already signed up to the Net-Zero Banking Alliance, to up the ante of their climate and biodiversity strategies ahead of COP26. The message from investors is clear: distant net zero targets and warm words about the importance of biodiversity are not enough. Investors want concrete action now, and those banks which fail to respond can expect serious challenges at their next AGMs.”