This profile is no longer actively maintained, with the information now possibly out of date
Send feedback on this profile
Download as PDF By: BankTrack
Created before Nov 2016
Last update: 2021-10-13 00:00:00 Contact: 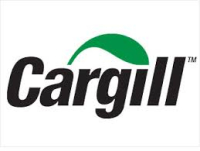 Cargill is a multinational company which provides food, agriculture, financial and industrial products. It has 145,000 employees and operates in 67 countries. It was founded in 1865.

Cargill has more than 60 subsidiaries. A list can be found here.

In 2005, the International Labor Rights Fund filed suit against Cargill, Nestlé, and Archer Daniels Midland in federal court on behalf of children who were trafficked from Mali into Côte d'Ivoire and forced to work 12 to 14 hours a day with no pay, little food and sleep, and frequent physical abuse, on cocoa bean plantations.

Cargill is a major buyer of cotton in Uzbekistan, despite the industry prevalence of uncompensated workers and possible human rights abuses, and admissions made by two representatives that the company is aware of the possible use of child labor in the production of its crops. Their concerns have been public since 2005, but no action has been taken regarding labor violations existent in their Uzbek operations.

In 2003, Cargill completed a port for processing soya in Santarém in the Amazon region of Brazil, dramatically increasing soya production in the area and, according to Greenpeace, speeding up deforestation of local rain forest. February 2006, the federal courts in Brazil gave Cargill six months to complete an Environmental Impact Assessment (EIA). Initially supported by job-seeking locals, public opinion turned against the port as jobs have not appeared. Greenpeace took its campaign to major food retailers and quickly won agreement from McDonald's along with UK-retailers Asda, Waitrose, and Marks & Spencer to stop buying meat raised on Amazonian soya. These retailers have, in turn, put pressure on Cargill, Archer Daniels Midland, Bunge, André Maggi Group, and Dreyfus to prove their soya was not grown on recently deforested land in the Amazon. In July 2006, Cargill joined other soy businesses in Brazil in a two-year moratorium on the purchase of soybeans from newly deforested land.

In July 2014 Cargill  announced a “No Deforestation, No Peat, No Exploitation” palm oil policy for its own operations and its third-party suppliers. It has promised to announce a specific implementation plan, and it has partnered with TFT to provide traceability to its customers. This policy was a major step forward for Cargill, and was praised by outside experts and NGOs. However, the policy does contain some gaps: it does not address the use of hazardous pesticides, such as those banned by the Rotterdam Convention, and it does not make any commitments to address mill effluent, a globally significant source of methane pollution. Most important, the policy currently only applies to palm oil, leaving out Cargill’s significant global commodity operations in cattle, soy, and sugar, among others. Nonetheless, the policy marks a major step forward for Cargill as a responsible palm oil provider.

On September 23 2014, Cargill announced that it was extending it's deforestation-free policy across all commodities.

Train and Railroad Manufacturing | Commodities Trading
There are no projects active for Cargill now.

Are banks partly responsible for child labour and deforestation in chocolate production?

Cargill: The Worst Company In the World

Cargill: The Worst Company In the World

The Companies Behind the Burning of the Amazon

Three food companies with a climate footprint bigger than the Netherlands

How Companies Are Striving for Deforestation-Free Supply Chains

Walking the talk on zero deforestation

The Soya Moratorium is protecting the Amazon. Does Cargill still support it?

Cargill: Inside the quiet giant that rules the food business

Uzbekistan cotton – A thread of hope in the retail fabric

Public letter of information on land irregularities practiced by the company Cargill Agricola S.A. and the encroachment of traditionally occupied land in the municipality of Abaetetuba, State of Pará