Home › News
Global NGOs: Dirty Dozen Companies Driving Deforestation Must Act Now to Stop the Burning of the World's Forests
Groups call for the immediate suspension of all business and financing with traders active in the Brazilian Amazon "The Amazon is on fire. Corporations share the blame. They need to become part of the solution."
By: Amazon Watch
2019-08-30 Contact: 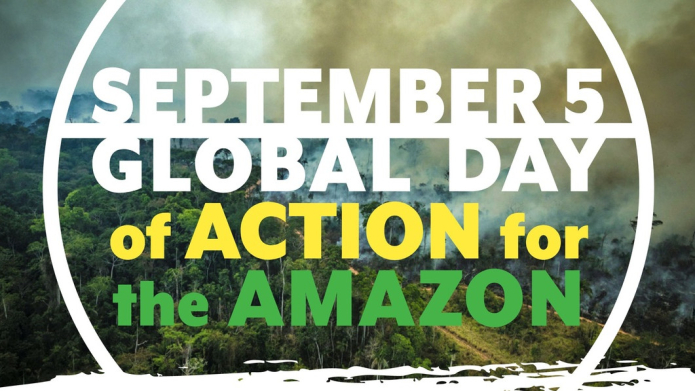 Many of the same groups behind the call for a "Global Day of Action for the Amazon" on September 5th have issued a set of demands for the private sector to take responsibility for its pivotal role in the forest destruction unfolding across South America that has captured the attention of the world.

The rapidly growing coalition of groups, which includes Friends of the Earth, Amazon Watch, Rainforest Action Network, and others, issued the following statement about the corporate actors involved in Amazon rainforest destruction:

"Brazilian President Jair Bolsonaro certainly deserves the primary blame for the fires currently burning in the Amazon, given his violent, regressive, and racist policies and his explicit encouragement to ‘open the Amazon for business'.

"But multinational corporations helped create these conditions for profiteering at the expense of the lungs of the earth – and these same companies are poised to profit further as today's fires open up the door for tomorrow's plantations and ranches." 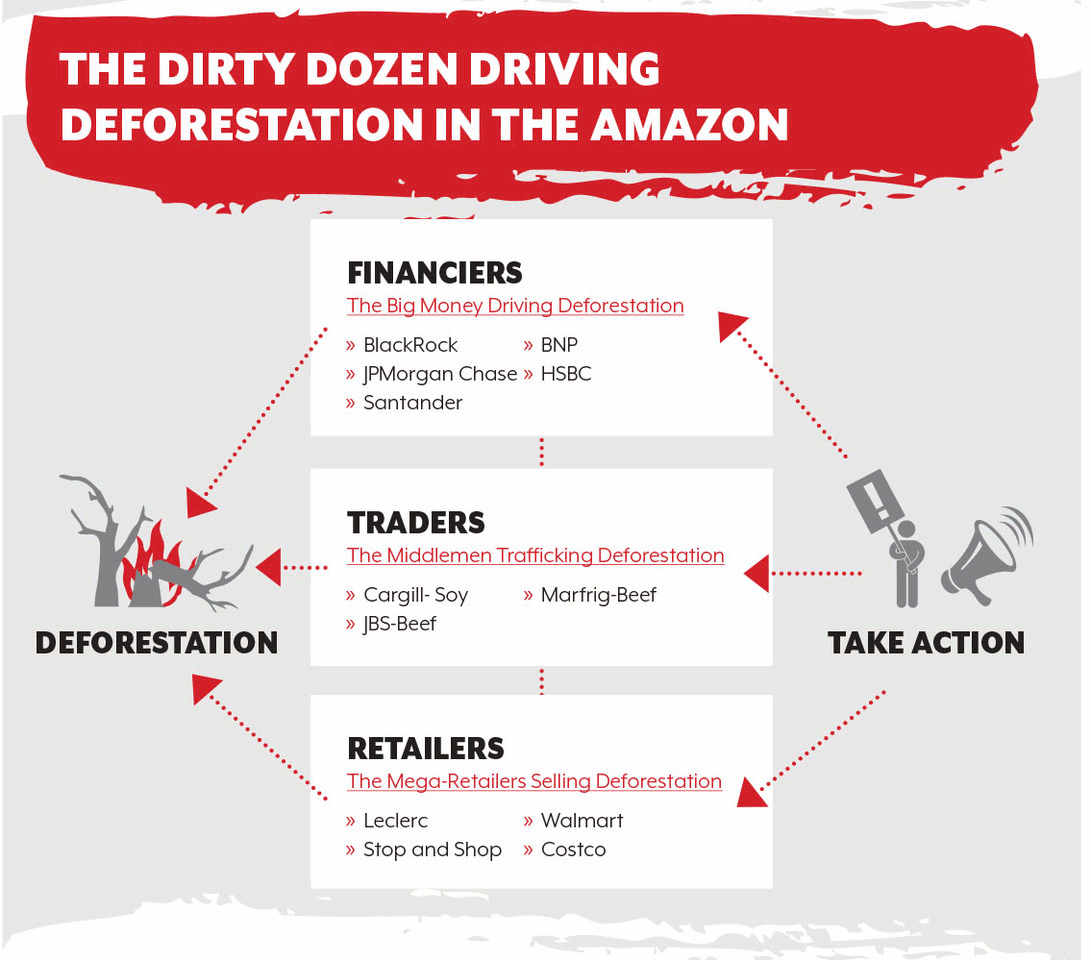 In a communique titled An Open Letter from Civil Society to the Global Finance Community, (also signed by BankTrack), we declare "The fate of the Amazon is the fate of the world. Today we call on you, the banks and institutional investors that provide debt and equity financing, to use your money, which in many cases is our money, to directly challenge Bolsonaro's destructive agenda in Brazil. We call on you to immediately suspend all financing to agribusiness firms active in the Brazilian Amazon and the Cerrado until and unless you can take longer term, systemic actions to…" resolve this crisis.

"Global commodity traders like Cargill, JBS and Mafrig are the key drivers of deforestation in the Amazon. Their products are then sold by retailers like Leclerc, Stop Shop, Walmart and Costco. And behind the commodity traders stand the banks and institutional investors providing the credit and equity financing that enables their expansion into the Amazon: firms like BlackRock, JPMorgan Chase, Santander, BNP Paribas, HSBC and others. These financiers not only enable the destruction of our forests – they profit from it.

"The crises facing the Amazon require innovative solutions that address the root of the problem. The stakes are simply too high to accept half measures or surface-level solutions. It is time to name names: to identify the worst actors operating in the Brazilian Amazon, as well as the global companies and financial institutions that enable them, and to demand immediate reform and accountability on the part of the Bolsonaro regime.

"Global solidarity with Brazil's movement for social and environmental justice is more critical now than ever. While we acknowledge the North's role in environmental mismanagement, human rights abuses, and climate change, we believe that through informed choices, the European and North American private sector and engaged citizens in the region can considerably influence the destructive agenda of the Bolsonaro government."