For interviews or more information, please contact Alice Plate on 0418 873 782 or alicep@oxfam.org.au 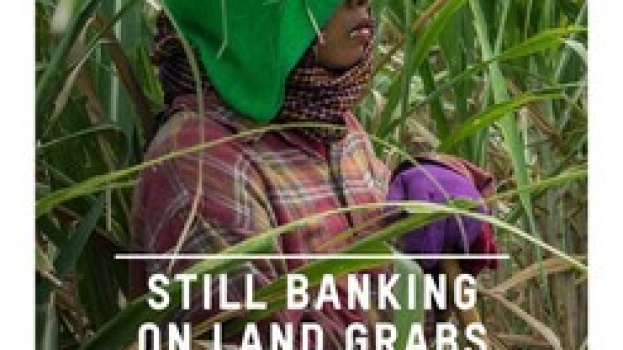 Almost half of Australians would consider changing banks if they became aware that the bank was behaving unethically, according to a new Oxfam Australia survey. The national survey, which examined attitudes of 1000 Australians towards Australian banks and ethical investment, revealed 75 per cent of respondents don't think that banks should provide loans to companies behaving in an unethical way.

The findings come as an Oxfam Australia report released today reveals the savings of ordinary Australians continue to be used by the nation's four largest banks to back companies connected to land grabs that are forcing people off their land with little or no compensation.

"What is clear from our investigations is that, despite the big four banks claiming they've addressed the issue, no bank has done enough - the land grabs that we exposed two years ago continue to have devastating impacts on the lives of vulnerable people," Dr Szoke said.

"Our research shows Australians care about how their money is invested. If most people knew that their money could be used to back companies that take land and homes away from people in some of the world's poorest countries, they'd be shocked."

Dr Szoke said everyday Australians were realising they had the power to demand that banks finance responsibly.

"Since Oxfam's first report in 2014, more than 18,000 people have written to their bank and 20,000 have signed the petition to call for a Zero Tolerance for Land Grabs approach," Dr Szoke said.

"Australians hold a huge, and very direct, stake in the financial sector's choices in how it uses our money - at home and overseas. Eighty cents out of every dollar that Australians have in their household bank accounts is with the big four banks."

Dr Szoke urged Australians to take action to ensure their bank takes responsibility for what happens in its operations, wherever they may be in the world - by signing Oxfam's petition or broaching the issue of land grabs directly with their bank.

"We need banks to commit to Zero Tolerance for Land Grabs - this includes being transparent about their links to agriculture land deals, committing to increased due diligence, advocating responsible financing and supporting justice for affected communities," she said.

Oxfam first raised the subject in 2014, in its report Banking on Shaky Ground - Australia's big four banks and land grabs,but all four banks have failed to ensure the affected communities' rights to food, shelter and a sustainable livelihood are restored.

New evidence reveals for the first time that all four banks have committed tens of millions of dollars in loan facilities to Cargill - even after its then subsidiary Black River Asset Management was revealed to have made a series of problematic land purchases in Colombia. From 2010-2012 the company used 36 separate shell companies to acquire a large area of land that had been set aside for small-scale farming in the highly impoverished region of Altillanura, preventing poor rural families from being able to improve their income and quality of life.

How have the big four banks responded?

Under pressure from increasingly concerned customers and investors, the big four banks have claimed progress towards respecting land rights in their operations. While NAB and Westpac appear to be taking their exposure to land grabbing as a serious risk to their businesses, each developing new policies on land-related issues, CBA and ANZ have done little. But no bank has adopted a Zero Tolerance to Land Grabs approach.

For more information, read more on our website and read our report.

About the survey participants: