This profile is actively maintained
Send feedback on this profile
Download as PDF By: BankTrack
Created before Nov 2016
Last update: 2022-05-12 00:00:00 Contact: 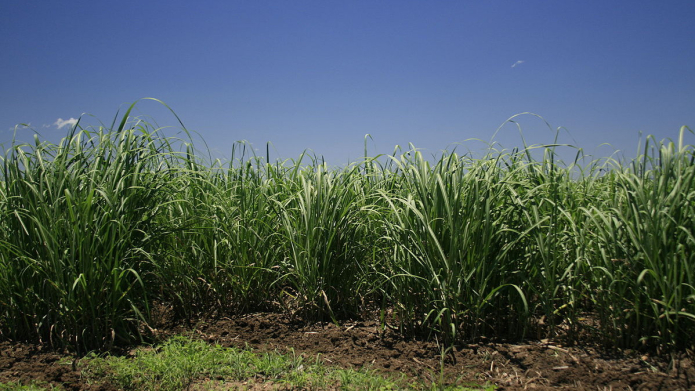 Bunge is a global agribusiness and food company. It is a major international soybean exporter, but it is also involved in food processing, grain and fertilizer trading. The company has over 35,000 employees at 400 facilities in 40 countries. The company was founded in 1818 in Amsterdam, and later expanded to Argentina, Brazil and the USA.

In 2012, Bunge came under criticism from NGO Survival International for sourcing its sugarcane from the ancestral land of the Guaraní people in Brazil. It has been reported by the tribe that crop production has brought pesticides and machinery that has damaged their health, as well as restricting them to a small area that has prevented them from hunting and practicing their traditions. Opposition from the tribe led to the killing of their chief Marcus Vernon by ranchers in January 2003. Survival requested Bunge to follow the example of the company Raízen, which agreed to stop the sourcing of sugarcane from the area in 2012.

In 2006, the United States Environmental Protection Agency filed charges against Bunge company regarding pollution emissions. This involved twelve soybean processing plants and corn mills in eight states throughout the US. Bunge was required to implement engineering changes and pollution control projects, estimated to cost $12 million, to reduce emissions at the facilities by 2,200 tons a year. The settlement also called for Bunge to pay a cash penalty of $625,000 and to spend $1.25 million to fund community-based environmental projects selected by and to be supervised by the impacted states. The state of Kansas will receive $22,000 of the $625,000 civil penalty, this being issued by the Kansas Department of Health and Environment.

Bunge sources about half of its palm oil from Sarawak Oil Palms. This company is clearing and draining globally-significant high conservation value peat forests for oil palm plantations, releasing vast quantities of greenhouse gas emissions. The company also cleared part of a proposed national park that was listed by the Malaysian government as a conservation area for threatened trees. The company is in conflict with local communities which claim native customary rights over areas where it operates. SOP has in the past worked with other Sarawak producers to undermine enforcement of Wilmar's No Deforestation policy, contributing to Sarawak status as the epicenter of peatland clearance in the world. The state cleared an incredible one-third of its peatlands between 2005 and 2010 alone, with SOP at the center of these activities.

Bunge has, however, engaged with civil society to facilitate conversations with SOP and other palm oil growers to address these issues. It has also expressed openness to addressing deforestation in other parts of Bunge’s operations such as soy in Latin America. The company reports that it will issue a sourcing policy by the end of 2014 that will address issues such as high carbon stock and high conservation value forests. However, the company has not yet provided any details.

By setting a deforestation cutoff date of 2025, rather than 2020 as mandated by the Cerrado Soy Manifesto and the Accountability Framework Initaitive, Bunge tacticly encourages illegal and illicit deforestation practices.

Two new reports expose a global agribusiness giant’s ties to deforestation, human rights abuses and land grabbing in Brazil’s sensitive Cerrado region. Published by Friends of the Earth U.S., and The Network for Social Justice and Human Rights in Brazil, these reports show that Bunge Ltd., one of the world’s largest agribusiness companies, continues to drive deforestation and land grabs in Brazil, despite investor pressure to adopt sustainability measures.

Red Handed Deforestation and Bunge’s Silent Conquest: How Land-Grabbers and Soy Speculators Enable the Destruction of Brazil Cerrado, highlights a recent case of 2,000 hectares of illegal deforestation in  Piauí State, Brazil. The report argues that through its near-monopoly on soy production in Piauí, Bunge enables ongoing deforestation and illicit land grabbing in the region, even when these activities are not carried out on Bunge’s own land concessions. In addition to devastating impacts on ecosystems and local communities, the report alleges, Bunge’s practices carry material financial risks for the company and its shareholders.

The report is accompanied by a second piece of research, Industrial Soy Expansion in Brazil Financialization, Deforestation and Dispossession in the Birthplace of Waters, which shows how the expansion of soy plantations is related to land speculation when farmland is turned into a financial asset by multinational interests, including the investment firm TIAA and Harvard University endowment. This report is also available in the original Portuguese.

Over the last five years, 76% of the expansion of the agricultural frontier in the Cerrado has occurred in areas formerly characterized by unique native vegetation,  now carpeted by industrial monoculture of soy plantations. Soy monocultures currently occupy over 4% of Brazil’s entire territory; half of this is in the Cerrado biome.

"Our research shows the link between financial speculation with farmland and deforestation by agribusiness corporations in the Cerrado, with devastating impacts on local communities and on biodiversity,” said Fábio Pitta of the Network for Social Justice and Human Rights in Brazil, one of the report’s authors. “Indigenous, Afro-Brazilian and peasant communities denounce violence and environmental destruction caused by agribusiness and organize to protect their land and ecological food production for future generations."

The reports are accompanied by investor briefs for Bunge and ADM shareholders, developed by Friends of the Earth and Global Witness. These efforts contribute to a campaign to move Bunge toward more sustainable practices ahead of its annual shareholder meeting on May 12.  In 2021, 98% of Bunge’s shareholders voted for the company to improve its record on deforestation. However, Bunge’s current commitment to end deforestation in its soy supply chains by 2025 lags significantly behind investor calls to stop sourcing from land in the Cerrado deforested after 2020, and may incentivize a race to deforest as much land as possible before 2025.  The deforestation in Chapada Fortaleza, Piauí, uncovered in real time through independent satellite monitoring and ground investigation, adds to a body of evidence demonstrating that large areas of the Cerrado being deforested today will likely produce soy for Bunge’s global supply chains.

“Bunge’s operations in the Cerrado continue to threaten critical ecosystems and undermine fundamental human rights, despite the urging of 98% of its shareholders,” said Jeff Conant, Senior International Forest Program Manager at Friends of the Earth U.S. “There is no question about where Bunge stands – until it is forced to respect human rights and native ecosystems, this agribusiness giant will continue destroying everything in its path.”

Train and Railroad Manufacturing | Commodities Trading
There are no projects active for Bunge now.

Bunge bought soy from biggest destroyers of Brazilian savanna in 2020

US food giant accused over biofuel ‘tainted with Indian blood’

Brief to shareholders of Bunge re: proposal to improve the transparency and sustainability of its forest-risk supply chains

In the future, there will be no forests left.