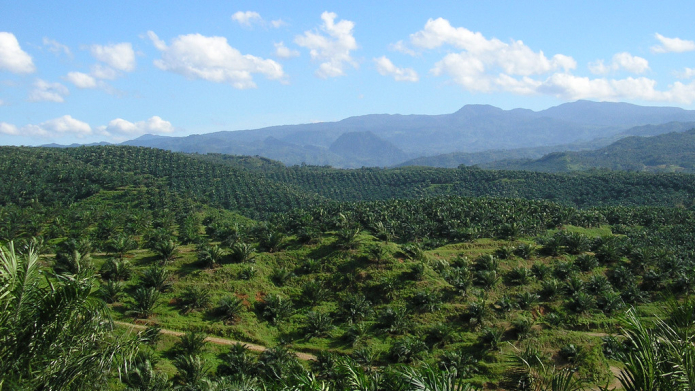 Hitachi Zosen Corporation is currently planning and constructing a palm oil power plant in Maizuru City, in Japan. The biomass electric power plant is set to burn 120,000 tons of palm oil a year to produce maximum output of 65.6 megawatts, which is equivalent to the power usage of about 120,000 homes. The electricity will be sold to the Kansai Electric Power Co.

If constructed, the Maizuru Power Plant will use 20% of Japan’s annual palm oil import of 610,000 tons.

In Japan, interest has been growing in the use of palm oil as biomass power generation. The fixed-price purchase system for renewable energy (a system in which the government promises that electric power companies will purchase electricity generated from renewable energy at a fixed price) was established in the country in 2012. According to the Institute for Environmental and Energy Policy, the cumulative installed capacity of solar power generation in 2017 was 42.8 million kW, the second largest in the world. In 2016, full liberalization of electricity retailing began, and as many consumers were able to freely select electricity companies and tariff menus, many power producers entered the market, but it was stable. There is no doubt that the fixed-price purchase system, which is expected to generate profits, is supporting this trend, and enabling projects like the Maizuru Palm Oil Power Plant to be implemented.

Despite documented negative impacts on tropical forests from palm oil production, companies are proposing a number of new palm oil-burning power plants in Japan. The largest of these projects is the 66MW power plant planned for Maizuru City, Kyoto Prefecture, Japan. It was proposed to operate for 20 years and consume approximately 120,000 tons of palm oil per year. There is strong public opposition to this project, in part due to the fact that the palm oil-fired power plant planned to be built in Maizuru is forty times larger than Fukuchiyama plant, and the power plant is adjacent to Maizuru Bay, which would cause enormous damage in the case of palm oil spills. The company responsible for the power plant planning is Maizuru Green Initiative GK, which was set up for the purpose of this project.

Banks and investors must refrain from financing this biomass power plant project.

Palm oil, accounting for roughly a quarter of vegetable oil and fat consumed in Japan, is used mainly for processed food and as material for soap and cosmetics. Such uses are feared to compete with fuel. Palm oil production itself is associated with several problems, such as infringement of indigenous people’s rights and territories, forced labor, child labor under harsh working conditions, poverty, and exploitation.

The Maizuru palm oil-fired power plant is planned to be built without proper participation and consultation of local residents. As of September 2019, no details about the project have been reported to the Maizuru City Council.

There are great risks involved in biomass power generation, and the use of palm oil is especially problematic. Forests from Southeast Asian countries (Indonesia, Malaysia, Thailand) are felled and burned to produce palm oil, fuelling deforestation and biodiversity loss. In addition to that, many studies have already pointed out the significant amount of CO2 emitted through palm oil production. A study commissioned by the European Commission has revealed that as a result of land use change, consumption of palm oil as biofuel emits 231 g CO2-eq/MJ, greater than any other material, far exceeding coal releases of 90.6g CO2-eq/MJ. The Roundtable on Sustainable Palm Oil (RSPO) published a report which concluded that the CO2 emission factor of palm oil is larger than that of fossil fuel.

The Maizuru palm oil power plant is adjacent to Maizuru Bay, which will cause catastrophic damage if palm oil spills. In case the oil tank is damaged by a disaster such as a typhoon or an earthquake, a maximum of 15,000 liters of oil will be washed out in Maizuru Bay. Palm oil solidifies below 20 degrees and can float, which would pollute the Maizuru Bay.

In addition to that, although information from local briefing sessions and information disclosure were requested, there are no concrete measures against marine pollution in the plan published at this time, which means that in case of emergency, the responsibility is unclear.

In 2017, a palm oil-fired power plant was put into operation in Hajishinmachi, Fukuchiyama City, also in Japan. Great environmental damage such as noise and offensive odors to neighboring areas has occurred, besides the outflow of palm oil and the recurrent complaints of residents about the damage. Fukuchiyama city council adopted a “petition for countermeasures against odor and noise problem” in September 2019 due to residents' complaints, and Fukuchiyama city council has recognized environmental degradation.

The palm oil-fired power plant planned to be built in Maizuru is 40 times larger than Fukuchiyama, and would cause disproportional human and environmental damage.

The company leading a project to create Japan’s largest-scale palm oil power plant in Kyoto Prefecture has informed a citizens’ group fighting the development that it has decided to pull out of the project.

Hitachi Zosen is in charge of the construction, operation and maintenance of the plant.

Japan emerged as a global leader in biomass imports, bringing in fuel from forests in South Eastern Asia and North America. In April 2020, the Canadian renewable energy company Amp Corporation and the third investor in the Maizuru Palm Oil Power Plant withdrew the project, aiming in the future to not consider the power generation business using palm oil as fuel.

Hitachi Zosen Corporation is an expected EPC (Engineering, Procurement, and Construction) contractor for the deal.