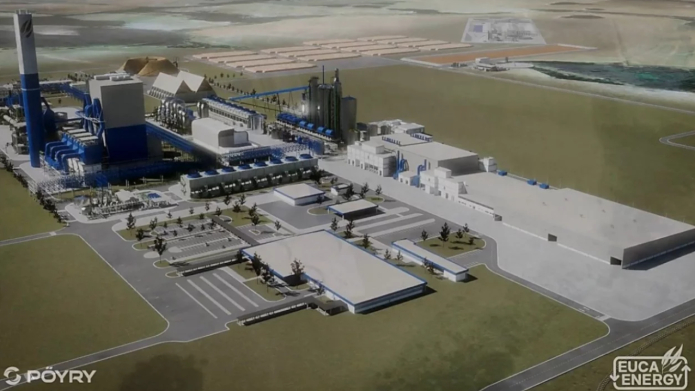 In March 2018, Agro-business industrialist and former senator Gilberto Goellner founded the company Euca Energy with four other partners, in order to build a bleached hardwood pulp mill in the municipality of Alto Araguaia, in the State of Mato Grosso in Brazil. The project has a planned production capacity of two million tonnes of pulp a year, and will also include a bioenergy plant which will produce 372 MW of electricity, of which 171 MW are for sale to the national grid.

This project is problematic as it has a high risk of causing deforestation in the already quite threatened Cerrado biome. The impact of the plantations required to feed the mill are not covered by the Environmental Impact Assessment. The project can also cause significant pollution of the small Araguaia River.

Euca Energy is building a large pulp mill in the southeast of Mato Grosso in Brazil. The mill will require almost 200,000 hectares of eucalyptus plantations, leading to significant land use change in the region, and risking direct or indirect deforestation. The mill will also discharge significant amounts of effluents into the rather small Araguaia river.

The main argument for the mill, on a social level, is that it will create jobs and that it will increase the income from taxes for the municipality and the region. However, the Environmental Impact Assessment (EIA) does not provide numbers for either claim.

The study predicts that during its construction phase, the project will create a maximum of 8,000 jobs. The company says it will aim to employ workers from the local area, but since the entire municipality of Alto Araguaia has less than 20,000 inhabitants, the project is bound to attract an influx of temporary and mainly male workers. These bring the risk of associated problems of increased violence and prostitution, as well as potentially creating pressure on housing.

After the completion of the construction, the mill is projected to create 1,200 permanent jobs. The EIA does not explain what types of jobs these are. In comparison, a project for a similar sized mill in Uruguay only expects to create 500 jobs.

While this project can be expected to bring some economic benefits to the region, the EIA does not quantify these benefits. Media reports have claimed that the project was initially planned for the neighbouring state of Goiás, but that the location of Alto Araguaia was chosen because of a favourable fiscal environment. It is not clear what kind of benefits the company has received, and therefore it is also not possible to estimate how much the region will benefit from it.

According to the EIA, there are no impacted indigenous people nor afro-descendant communities. However, the EIA fails to assess the impact of the establishment of 182,000 hectares of eucalyptus plantations, which are very likely to impact local communities, causing land conflicts, deforestation and pollution from pesticides and fertilizers.

Secondly, the EIA does not provide a complete assessment of the impacts that the project will cause, by not covering the impacts that will be caused by the estimated 182,000 hectares of eucalyptus plantations it will require. This is more than the entire current production of the state of Mato Grosso. This project will lead to a large land use change in the region, and this can lead either directly or indirectly to deforestation. It is expected that many plantations will be established on pastures and agricultural lands, but this may push cattle ranchers and agricultures to deforest areas for new lands. In addition, large areas of monocultures of highly inflammable eucalyptus trees increase the risk of wild fires (EPN, 2019).

The EIA states that the company will use Best Available Technology, but then contradicts itself by using the Elemental Chlorine Free technology (ECF), which offers a lower standard of environmental protection than Total Chlorine Free technology. In ECF processes, emissions of dioxins and other hazardous chlorinated compounds such as Adsorbable Organic Halides (AOX) into waterways can still occur (EPN, 2017). The EIA does not mention this.

Water discharges The mill will discharge its waste water in the river Araguaia, which is a small river at this part of its course (with an average water flow of 100 cubic meters per second, but minimums of 39 cubic meters per second). The discharged water may be up to 40 degrees Celsius, twice as warm as the normal river temperature. This will have an impact on the local biodiversity, as not all species will be able to survive these temperatures. The effluents will also be contaminated with hazardous compounds and will have high levels of phosphorus and nitrogen, which will cause the eutrophication of the clear Araguaia river.

In April 2019, Brazilian media reported that Euca Energy had contracted Morgan Stanley to close a deal for the sale of the company. Reportedly Chinese and Japanese investors are interested.

New pulp mill in the MT will have 9.5 Bi investment and can generate 1200 jobs

Euca Energy is a new company and its founders have no direct experience in the operation of a pulp mill. Gilberto Goellner owns the seed producing company Girassol Reflorestadora, as well as the tree plantation compay Girassol Reflorestadora. His business partner Marcelo Ambrogi was the executive director of the forestry consultancy company ImaFloresta. In April 2019, Valor Economico reported that Euca Energy had contracted Morgan Stanley to close a deal for the sale of the company. Reportedly Chinese and Japanese investors are interested.