This profile is no longer actively maintained, with the information now possibly out of date
Send feedback on this profile
Download as PDF Created before Nov 2016
Last update: 2020-01-20 00:00:00 Share this page: 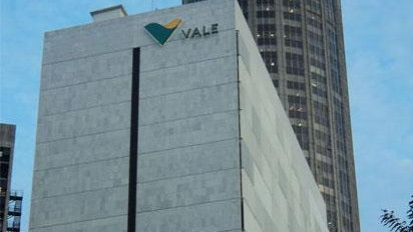 Vale, incorporated in June 1942, is a Brazilian global producer of iron ore and iron ore pellets, key raw materials for steelmaking, and producer of nickel, which is used to produce stainless steel and metal alloys employed in the production of several products. Vale is the world's largest producer of iron ore and nickel. The company also produces copper, metallurgical and thermal coal, potash, phosphates and other fertilizer nutrients, manganese ore, ferroalloys, platinum group metals, gold, silver and cobalt. The company's segments include Ferrous minerals, Coal, Base Metals and Others. Vale has operations in 30 countries.

Vale’s longstanding reputation for corporate malfeasance was tragically re-confirmed on 25 January 2019 when a tailings dam at the Córrego do Feijão iron ore mine suffered a catastrophic and deadly failure.

Vale’s longstanding reputation as a bad corporate actor was tragically re-confirmed on 25 January 2019, when a tailings dam at the Córrego do Feijão iron ore mine suffered a catastrophic failure. The dam collapsed, releasing a wave of toxic mud that inundated houses in a rural area near the city of Brumadinho (Minas Gerais, Brazil.) Images and videos of the disaster shocked the world. Grief quickly turned to anger as reports emerged that the alarm system, designed to alert townspeople in case of danger, had not gone off. Vale had previously been warned that the dam’s risk of collapse was twice that allowed by internal guidelines. At least 231 people died as a result of the collapse and another 40 continue to be declared “missing” as of April 18, 2019.

The Brumadinho disaster was particularly appalling in light of a similar catastrophe at a mine, co-owned by Vale, just three years earlier in Mariana (Minas Gerais, Brazil.) An iron ore tailings dam collapsed, destroying the village of Bento Rodrigues in the ensuing flood. 19 people died and hundreds were displaced. Around 60 million cubic meters of toxic waste flowed into the Doce River, affecting millions living near and depending on the river basin, including fisherman and indigenous groups. Eventually, the torrent of sludge reached the Atlantic Ocean, where communities were forced to close their beaches as a result of the contamination. Reports similarly told of warnings received – and ignored – by the company prior to the collapse.

These two shocking tragedies have cemented Vale’s atrocious record. During the past few years, a litany of serious problems have emerged at its sites, to the point where groups have formed a transnational coalition, The International Movement of People Affected by Vale. Below are some of the practices that earned Vale the Public Eye Award from various civil society groups in 2012 – an award given annually to the company that shows the greatest "contempt for the environment and human rights" in the world:

The Xicrin indigenous people have been strongly impacted by the Onça Puma mine. In September 2017, a court ordered Vale to stop all activities at the mine immediately, until it had fulfilled all the legal requirements regarding compensation to the affected indigenous communities. In June 2019 Vale was found to still be operating the mine, despite the ruling. The court doubled the fine that had previously been imposed, to USD 52,000 a day that the company would continue operating.

The human devastation caused by Vale’s polluting practices are compounded by the company’s terrible environmental track record on other fronts:

A Brazilian court has ordered Vale SA, the world’s largest iron ore miner, to suspend operations at two more dams, demanding that it prove the structures are stable. Vale has faced growing pressure to prove that its remaining dams are safe. The fatal disaster in the town of Brumadinho was the second of its kind in four years (Reuters).

And via underwriting services (for general corporate purposes):

See below for a specified overview of financial institutions involved.

Train and Railroad Manufacturing | Commodities Trading
There are no projects active for Vale now.
on record

Vale was fined BLR 330,000 for presenting a total ou partially false report regarding the safety of the Brumadinho dam
2019-05-28 | Brazil
blog
external news
our news

Brazil’s Vale in crisis mode as effects of disaster reverberate

Brumadinho dam: NGOs urge companies and investors to use leverage and require Vale to remedy the situation

A Tidal Wave of Mud

Lenders hold off on talks for Vale's $3 billion credit facility

Brumadinho dam collapse: lessons in corporate due diligence and remedy for harm done

Scandal and intrigue overshadow environment at the Simandou mine in Guinea

In The Amazon, A New Mining Frontier For Iron Ore

BRAZIL: Vale and Belo Monte suspected of spying – the justice system must investigate

Buried Secrets - How an Israeli billionaire wrested control of one of Africa’s biggest prizes.

on Vale's role in the Massacre of Carajás (in portuguese)

The resistance against the giant Vale mining company is growing worldwide

Why I Support the People of Thompson, Canada — And You Should Too – by Michael Moore

What's a house without food?

Brazil - how much are human rights worth in the Brazilian mining and steel industry?

Fighting for the rights of those affected by Vale's railway in Pará, Brazil.
http://www.justicanostrilhos.org

Seminar on 30 years of Carajás

Impacts in the village of Piquia de Baixo

Map of communities affected by the expansion of Vale's railway