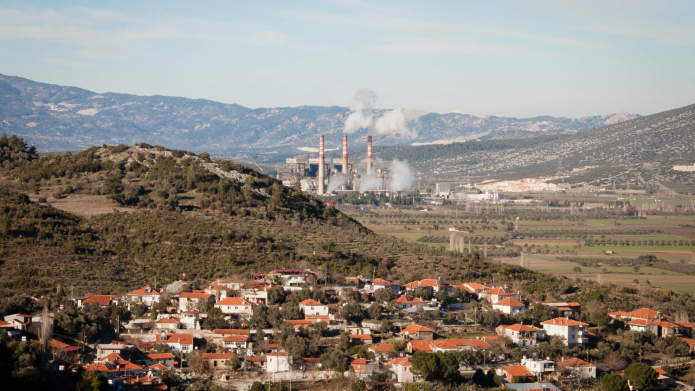 European coal campaigners have welcomed the publication of coal finance restrictions by UniCredit, the last major European bank to issue a formal coal policy, but also warned that this new approach allows the bank to continue supporting European coal utilities such as EPH in the Czech Republic which are posing a serious threat to the climate and public health.

According to the latest NGO research, since the Paris Agreement was signed UniCredit has provided over $4 billion via lending and underwriting to companies still planning to develop new coal plants, including Yildirim (Turkey), Vale (Brazil), Uniper (Germany) and Fortum (Finland). 1

It has also introduced conditions to govern its corporate lending and underwriting for coal mining and coal power companies, though these conditions provide leeway for UniCredit to continue financing existing clients which are looking to expand their coal-related businesses. 2

“Under its new sustainability slogan ‘Do the right thing!’, UniCredit has come a good distance on coal with the new policy. But to really do the right thing, UniCredit should follow-up quickly with an explicit commitment to immediately stop financing coal expansionists, and a pledge to fully exit coal at the latest by 2030 in OECD countries and by 2040 elsewhere, as the scientific community is now insisting has to happen if we are to avoid runaway climate change.”

NGOs which have engaged with UniCredit during the shaping of the new policy have been arguing for the bank to demonstrate ambitious climate action by requiring its coal clients to adopt a rigorous roadmap for exiting coal by 2030. The Global Coal Exit List provides such clear coal exclusion criteria.

“The coal challenge which we laid down to UniCredit’s senior management at the bank’s AGM earlier this year has been partially met. But if CEO Jean Pierre Mustier is serious about the fight against climate change he has to be brave enough to say farewell to existing coal baron clients such as EPH. UniCredit is also currently considering a full pull-out of its business in Turkey, and the bank should recognise that its financing of Turkish coal companies in recent years has generated huge losses for shareholders.”

The bank will no longer provide project finance to these sub-sectors and it will restrict corporate financing to clients whose revenues from activities in these sub-sectors do not exceed 25% of overall company revenues.

“It’s welcome to see, finally, some fossil fuels policy advance from UniCredit, both on coal and unconventional oil and gas. UniCredit has to quickly build on these commitments by doing what the climate science now requires, and that means pledging to immediately stop financing any coal expansion as well as fully phasing-out of coal by 2030 in OECD countries, and by 2040 elsewhere.

“Two weeks ago, the European Investment Bank demonstrated what is needed from major financiers in the face of the climate emergency when it committed to stop financing all unabated fossil fuel projects by the end of 2021. The rules of responsible, climate sensitive energy financing have been redrawn, and UniCredit and the rest of the commercial banking sector now have to up their ambition levels, and quickly.”

1. Data taken from forthcoming NGO research into global banks’ financing for companies developing new coal plants, to be published during the UN Climate Summit in Madrid.

2.  For criteria to be applied to corporate loans for coal fired power generation (CFPG) companies, UniCredit's new policy for the coal sector states:

“Financing or financial services are provided to coal fired power generation companies only if they meet the following criteria:

-- if current installed power capacity > 30%, clear commitment to reduce their share of installed coal power capacity at least in line with Nationally Determined Contributions (NDC) of the countries where their operations are located; UniCredit will orderly exit the business relationship by year 2025 if the criteria is not met;

-- if current installed power capacity <= 30%, annual review on commitments to reduce their share in future years.”

Among NGO concerns on these requirements is that in various EU countries NDCs are regarded as unambitious and provide no yardstick for ensuring the necessary climate action under the Paris Agreement.