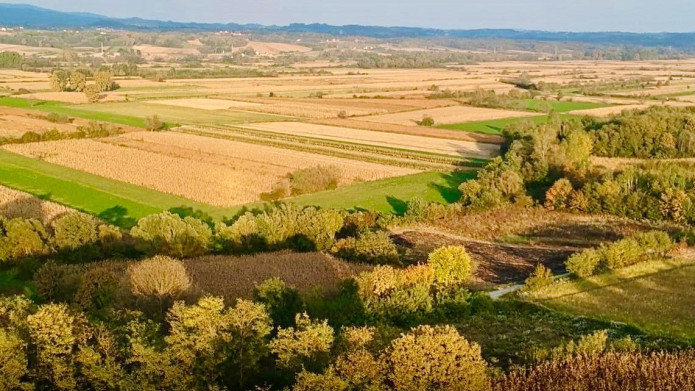 About Jadar lithium mine

Rio Tinto planned to develop a lithium and borate mine in the Jadar Valley, Serbia. The mine would produce battery-grade lithium carbonate, a mineral used in large scale batteries. The proposed development included an underground mine with associated infrastructure and equipment, including electric haul trucks, as well as a chemical processing plant to produce the lithium carbonate. The project was expected to require an investment of USD 2.4 billion. In January 2022 the Serbian government cancelled Rio Tinto's licences for the mining, citing environmental and social concerns. In May 2022 the company announced it still wanted to explore options to continue the Jadar mine project.

Rio Tinto's Jadar mine project will be built in a fertile river valley which will be threatened by pollution from the mine and associated tailings pond. Hundreds of farmers are threatened with eviction and the circa 19,000 people living in the valley will be left with the danger of toxified water, air and soil. The project faces considerable local and national opposition.

Banks and institutional investors with shareholdings or bondholdings in Rio Tinto should conduct meaningful, time-bound engagement with the company to insist it fully addresses the social, human rights and environmental issues presented by the Jadar mine before proceeding with its development.

Further, banks with lending exposure to Rio Tinto must commit to ensure their financing does not support the Jadar project, either directly or indirectly, until all outstanding social, human rights and environmental issues have been effectively resolved.

Impacts on agriculture: The Jadar region, the planned location for the mine, is a fully self-sustaining, agricultural area that is home to Serbia's most fertile land. The area boasts every form of agriculture, from wheat and corn production, to raspberries and plums, honey and dairy farming. Zlatko Kokanovic, vice president of the local landowners association Ne Damo Jadar, alone produces 100,000 litres of milk per year, as well as processing over 40 hectares of crops. There is a school, post office, church and shops. The valley borders mountains, is surrounded by two rivers, Jadar and Korenita (under which the mine is planned to be built) and is home to thousands of sustainable multi-generational farms.

The spatial plan for Rio Tinto’s Jadar mine project covers 2,031 hectares, including 22 villages as well as forests and farm land. Rio Tinto needs to purchase 650 hectares of land from 335 landowners to start building. The region generates EUR 85 million in agricultural income. All this is under threat from the building of the mine, the associated displacement of people and destruction of productive agricultural land.

Impacts on communities: Rio Tinto incentivised the demolition of the homes they have purchased, leaving the remaining residents with rows of roofless and windowless properties surrounding their still-functioning farms (as can be seen in images here). Armed security patrols the area and the psychological impact of this cannot be underestimated in a country that is already suffering collective trauma from recent wars.

The threat of expropriation is reported from all local property owners, who have experienced being told if they don’t sell now, they will be expropriated. While Rio Tinto claims never to threaten expropriation, several of their pamphlets show otherwise. Their pamphlet on Land Acquisition mentions expropriation as a final means of purchase. Meanwhile the Prime Minister of Serbia, Ana Brnabić, stated in November 2021 that the law on expropriation does not apply to Rio Tinto's land purchase.

Rio Tinto claims to have purchased between 40% and 80% of the land needed to commence mine construction. Sources differ on this and there is concern that the figures are being manipulated. For example, the Guardian reported (Nov 2021) the company has bought "80% of the land and property" it needs, while the company stated to the Centre for Investigative Journalism in Serbia (Sept 2021) that it owns 40% of the required land area. However analysis of cadastral records shows that, although the company has purchased 50% of the land parcels needed by number, these account for only 130 hectares of the 600 hectares required, or 21% of what is needed for the first phase of development.

Ne Damo Jadar, a local landowners’ association of over 335 members, has shown considerable opposition to the mine.

Pollution risks: The mine is planned on the bank of the Korenita river, a tributary to the Jadar river, with underground mining to be performed underneath both riverbeds. Close by, an extraction facility which separates chemically stable lithium from jadarite ore would use 1,000 tons of concentrated sulfuric acid per day, which will be diluted by 5,000-6,000 tons of water taken from the Drina river. The chemically treated water would then be returned to the Jadar River, after reverse osmosis, which even after treatment stands to contain elements of sulphuric acid.

Dry stacked tailings, or landfilled mine waste, will be deposited a few hundred meters from the mine, close to the rivers and will amount to 1.3 million tons per year (90 million tons during mine life span). The land on which these tailings are planned is currently fertile farm land containing crops of wheat, corn, alfalfa as well as forests with five Bronze age necropolises.

The Jadar and Korenita rivers are prone to flooding every year, with the most recent large floods being in 2020. This creates a high risk that tailings will be washed into these two rivers, then flow into the Drina, which flows into Bosnia & Herzegovina, and the Sava and Danube, which flow into Romania. It is expected that rising temperatures will increase the risk of floods in extremely rainy periods, and of droughts in extremely warm periods of the year.

The Serbian Academy of Arts and Sciences concludes in a letter presented to the prime minister of Serbia that, “based upon what has been presented insofar, it is highly unlikely that the Investor will prevent the release of toxic and dangerous compounds into the Macva’s underground water horizon, which is estimated to be the largest drinking water-supply source in the whole of Serbia. It is important to remember that the mining waste heaps will stay there for centuries, slowly releasing – if not decisively contained – toxic compounds and, thus, making the water of the whole region, toxic! It should be noted the Investor has already seriously compromised the integrity of the local environments, since some of its exploratory wells (boreholes) keep leaking toxic waters and have destroyed agricultural crops on adjoining arable lands.  Opening of the proposed mine will only aggravate the problem by multiple orders of magnitude.” The Academy’s stance has not wavered. In March 2022 they released a publication “Project Jadar: What is known.” This book is a collection of thesis, reports, essays and findings about the Jadar project, further cementing scientific argument against it.

A paper from the University of Belgrade Faculty of Forestry, included in the book, states: “The establishment of landfills in the immediate coastal zone of extremely torrential watercourses of the Korenita and Jadar rivers would create a constant threat of torrential flood waves that could destroy the protective embankments and bodies of landfills, blow up toxic waste and permanently contaminate the entire valley. This could create the possibility of transport of large quantities of pollutants to the courses of the Drina and the Sava, with unpredictable consequences for the downstream sections, which include the coast of Sabac, as well as Makis, which is the water source of Belgrade.”

Flawed impact assessment: Rio Tinto’s scoping presentation is fraught with irregularities and refers to only one part of the entire project; the underground mining part. The report does not include ore processing, chemical and other ore treatment, or the treatment and disposal of mining waste. For example, there is no description of the technology to be used for the processing of lithium ore, how the mining waste will be treated, its composition, or the location of the landfill. Provisions of the EIA Directive cannot be ignored by splitting a project into smaller projects to avoid assessing the cumulative environmental impact.

There is no description on the significance and quality of natural resources or on protected natural areas. There is no mention of the Cer Valley classified land (area of 19,000 hectares), part of the Internationally Important Bird Area (IBA) program and verified with BirdLife International, which has 130 registered bird species nor national protected species of birds and fish, including the mladica (the huchen or Danube salmon), which sees its highest concentration in the Drina and is a protected species.

The Rio Tinto Jadar mine project is situated in an area of exceptional archaeological importance. Rio Tinto is considering a tailings site which would be situated in close proximity to Paulje, an archaeological burial site roughly 3,500 years old. The Spatial Plan mentions some, but omits several extremely important archaeological and cultural sites and natural monuments.

On Thursday 20th January, the Serbian government announced that it had revoked Rio Tinto's licences to explore for and mine lithium in the country. The decision followed protests that drew thousands over several months. The Prime Minister, Ana Brnabic, was quoted in the Financial Times saying, “As far as project Jadar is concerned, this is an end. Rio Tinto gave insufficient information both to the local community and the government [about the impact of the project].” Campaigners noted that Rio Tinto has announced it has not given up on Jadar and will continue to “explore all options now that elections are out of the way". Civil organizations are concerned about serious legal breaches and it remains to be seen whether the decision to revoke Rio Tinto's permits will be permanent, or prove to have been a political game.

In July 2021 Rio Tinto stated it 'committed USD 2.4 billion' to the Jadar lithium mine project. It is expected to finance the project from its own capital, meaning banks and investors exposed to Rio Tinto would be supporting its construction.

We need lithium for clean energy, but Rio Tinto’s planned Serbian mine reminds us it shouldn’t come at any cost

Serbian Government Decree annulling the Spatial Plan for the Jadar mine

Spatial Degradation within the Jadar Project

Campaign protest against Rio Tinto's proposed Jadar mine in Serbia

In 2017 the Serbian government and Rio Tinto signed a memorandum of understanding (MOU) for the development of the mine in Jadar.

In the spring of 2021 the Serbian government approved the proposal’s spatial plan (submitted for local council approval in August 2021) despite being incomplete. It was adopted without a feasibility study at its base, which is a legal requirement. And it was adopted without a long-term exploitation program, which is required for projects longer than 10 years.