This profile is actively maintained
Send feedback on this profile
Download as PDF By: BankTrack
Created before Nov 2016
Last update: 2022-05-16 00:00:00 Contact: 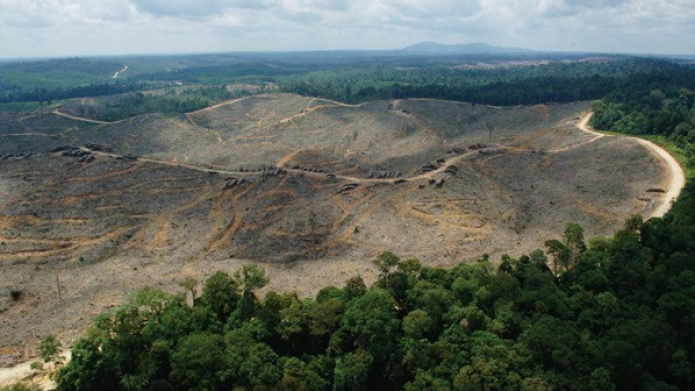 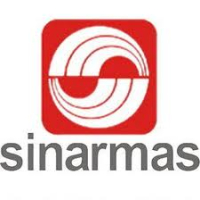 Sinar Mas Group is one of the largest conglomerates in Indonesia, and it is APP's parent conglomerate. Sinar Mas' main activities are in the palm oil and pulp and paper sectors, operating as well in real estate, financial services, agribusiness, telecommunications and mining. The company was founded in 1962 by the Chinese Indonesian tycoon, Eka Tjipta Widjaja. Its subsidiaries, affiliates, and brands include APP. For updates on Sinar Mas forestry activities, please refer to the APP dodgy deal profile.

Sinar Mas sets fire to a forest larger than Singapore

Sinar Mas Group has a complex and opaque corporate structure, which contributes to its lack of transparency and makes it difficult to hold the company accountable for human rights violations and environmental impacts. Sinar Mas' subsidiaries and partner-suppliers (listed here) have an extensive track record of community conflict and land rights violations, with a heritage of over 100 active community conflicts. The company has also massive environmental impacts: Sinar Mas' pulpwood concessions and those of its suppliers had the largest burned area of any corporate group in 2019. In 2020, Sinar Mas has also been involved in many more conflicts, being recently found to be clearing 3,500 hectares of Sumatran peatland for pulpwood plantations and digging 53 kilometres of drainage canals, in direct breach of its own commitments.

The Sinar Mas group has serious corporate governance risks that should be a concern for banks. Banks and other financial institutions should stop new rounds of financing for Sinar Mas and should divest of any existing investments in the company until it is proven and independently verified that it has made meaningful changes across its business operations. Buyers and investors should avoid brands and papers linked to Sinar Mas and its sister companies controlled by the Widjaja family.

Its subsidiaries APP, Golden Agri and PT SMART have been accused of involvement in several conflicts with local communities. PT Sinar Kencana Inti Perkasa, which started operating in West Papua in 1994, has been in conflict with the Kaureh-Yapsi people over land grabbing issues ever since.

Sinar Mas subsidiaries and partners-suppliers have an extensive track record of community conflicts and land rights violations, with a heritage of over 100 active community conflicts. The social impacts on local communities include land grabbing and the displacement of local populations with the use of brutal violence. In 2020, Sinar Mas has been involved in many more conflicts, such as spraying the food crops of a local community with herbicide and the sentence of the prison of an Indigenous farmer for cutting 20 trees on disputed land.

In December 2009, Unilever ended its contracts with Sinar Mas, after the release of the Greenpeace reports Burning up Borneo and Illegal Forest Clearance and RSPO Greenwash. Others, like Mars, Nestlé and Burger King followed soon.

In 2010, after the publication of the report Pulping the Planet, other large multinational groups like Carrefour, Gucci, H&M, Hugo Boss, Volkswagen, Fuji Xerox, Ricoh, Sainsbury’s, Marks & Spencer and Tesco also ended their contracts with Sinar Mas. In 2011 HSBC and BNP Paribas divested from Sinar Mas, after pressure from Greenpeace.

In 2014, Sinar Mas was accused of defrauding the Indonesian government of USD15 million by avoiding reforestation taxes on 2,000 hectares in Jambi province.

Sinar Mas sets fire to a forest larger than Singapore

An area larger than Singapore was burned in a concession linked to Sinar Mas/Asia Pulp & Paper between 2015 and 2018. The concession had the largest total burned area out of all concessions across Indonesia, and was only sanctioned for replanting in previously burned areas.

Sinar Mas has been accused by the Riau provincial legislature of avoiding taxes. In 2018, the group paid 84 billion rupiah ($ 5.8 million) in taxes to the province, but should have been liable for another 400 billion rupiah ($ 27.8 million), according to the legislators. Sinar Mas has denied allegations of tax avoidance, saying it has filed all taxes online since 2017 and thus is monitored by the tax agency.

Sinar Mas is set to commence the operation of one of the world's largest pulp mills. The new pulp and paper mill will occupy 1,700 hectares of land in a downtown area of Ogan Komering Ilir (OKI). The mill is set for operation in October 2016 to produce two million tons of pulp each year (source: The Jakarta Post).

Several commercial banks are financing Sinar Mas via corporate loans and credit facilities since 2013 and up to 2020. See below for specific details on banks involved.

See the finance tabs of its subsidiaries APP and Golden Agri for more information.

There are no projects active for Sinar Mas now.
on record

As the climate and biodiversity crisis intensifies, credit to forest-risk commodity companies increased 160% between 2020 and 2021.
2022-10-18 | Forests & Finance Coalition
blog
external news
our news

Area burned in Indonesia fires ‘greater than the Netherlands’

As accusations fly, paper giant appears to stand by its replanting of burned peat in Sumatra

Another Indonesian court convicts a company of causing fires

Sinar Mas says it is 'victimized' in recent forest fires

The Need for Free, Prior and Informed Consent:

Too Much Hot Air

The failure of the Indonesian pulp and paper industry to reform its management of peatlands
2017-04-28 00:00:00 | Environmental Paper Network
our publications

How Sinar Mas is pulping the planet