This profile is no longer actively maintained, with the information now possibly out of date
Send feedback on this profile
Download as PDF Created before Nov 2016
Last update: 2018-12-18 14:32:55 Share this page: 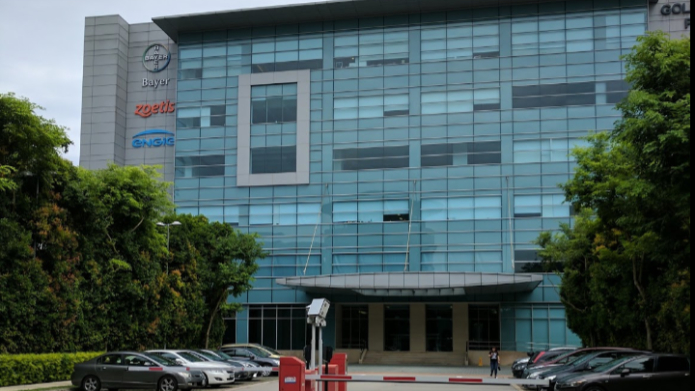 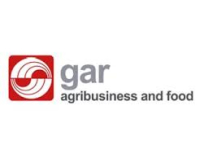 Golden Agri-Resources (GAR) is the world's second largest palm oil plantation company with a total planted area of 500,345 hectares (including smallholders) as at 20 July 2018. Founded in 1996 and located in Indonesia, it has integrated operations focused on the production of palm-based edible oil and fat. GAR is a subsidiary of the massive Sinar Mas conglomerate. In addition to oil palm, it also has major operations in China that include soybean crushing, noodle manufacturing and refining of edible oil products.

After years of pressure from environmental groups, the company is currently working with The Forest Trust (TFT) to implement its “no deforestation footprint” policy that began in early 2011, attracting cautious optimism from Greenpeace. It is working towards no conversion of High Carbon Stock land (over 35 tons/ha), peatlands, High Conservation Value land, coupled with yield improvements on existing estates. As it desires to achieve these goals, it also aims to be the world's largest palm oil company by leveraging on its third-party plantation relationships (for a list click here, p142) and further growth in value-added oil palm products for export throughout the world. In March 2014 it announced that it would extend its forest conservation policy to third-party suppliers.

In July 2017, 40 Indonesian civil society organisations issued a statement about violations of several labour regulations by PT Sawit Mas Sejahtera, a wholy-owned subsidiary of GAR. Contract workers are not being paid for overtime, are subject to unfair dismissal and receive no severance payments. The Ministry of Labour and Transmigration has reportedly confirmed the validity of these complaints.

AMRC and Sawit Watch investigated in 2017 the labour conditions among two of GAR’s subsidiaries, Tapian Nadenggan and Mitra Kary Agroindo, in Central Kalimantan. They found low wages, bad living conditions for contractual workers and a lack of health and safety protection for many of the workers. Especially woman are hired as casual daily-paid workers which means that they are not entitled housing or health insurance and have to buy their own protective equipement and work tools. Many of these casual workers have to work with chemicals without receiving training or information on the hazard and how to deal with these chemicals. After an accident with a truck of PT Tapian Nadenggan, injured workers did not receive medical treatment or insurance. In addition, results of medical tests are not shared with the workers.

A study of Forest Peoples Programme (FPP) showed in 2013 that GAR was in multiple violation of RSPO's requirements that lands only be acquired from indigenous peoples and local communities with their free, prior and informed consent (FPIC).  FPP filed a complaint in October 2014 with the RSPO against GAR subsidiary PT KPC over landgrabbing without land tenure study and participatory mapping. In addition, GAR's subsidiaries are acting in violation with the New Planting Procedure (NPP) by submitting information which they know is false. The RSPO upheld the complaint in March 2015 and required that Golden Agri Resources provides a 1,000 hectares of smallholdings to the Dayak and Melayu communities whose lands it took over for the development of oil palm plantations by its subsidiary PT KPC. In august 2018 FPP and TUK Indonesia filed new complaints for the lack of progress.

A Greenomics report from May 2015 shows that in the first quarter of 2015, GAR was the main buyer of CPO produced by a company group, PT Austindo Nusantara Jaya (ANJT) that continues to extensively clear high carbon stock (HCS) forest in West Papua province to date. According to a Mongabay article, GAR announced it would stop sourcing from ANJT at the end of May 2015.

In December 2009, GAR's subsidiary PT SMART was criticised by Greenpeace for its violation of the RSPO standard. In a report citing specific violations, Greenpeace alleged that subsidiaries of PT SMART were carrying out forest clearance prior to receiving the correct permits. It accused the company of burning, clearing and draining areas of deep peat, causing massive green-house gas emissions, destroying orang utan habitat and illegally clearing lands without environmental impact assessments and without other permits. In 2010, the Roundtable on Sustainable Palm Oil (RSPO) reviewed these allegations.

Suspension of membership TFT Following "several breaches" by GAR of its policies and a slow transformation, The Forest Trust (TFT) decided to suspend GAR's membership in May 2015. The step is seen by many as a result of GAR's and PT Smart's lackluster handling of the RSPO complaint against them. In November 2015, TFT re-engaged with GAR.

In 2012 Norway's Government Pension Fund Global divested from Golde Agri-Resources, after it revised its investment guidelines to include deforestation as a portfolio risk.

Response to The Forest Trust statement on 19 May 20 15

Response to The Forest Trust statement on 19 May 20 15

Petition - Moratorium for the Leuser Ecosystem

Greenpeace: zero deforestation pioneer makes progress, but still has work to do

RSPO complaint against GAR filed by FPP and TuK

The Last Place on Earth

High Risk in the Rainforest

Golden Agri - Resources, the biggest buyer of CPO produced by a company that is relentlessly clearing HCS forests in Papua

Assessing the implementation of China's Green Credit Guidelines
2014-11-25 00:00:00 | BankTrack, Friends of the Earth US
company documents

GAR Progress Report 2013 for the RSPO

Annual Communication of Progress 2011-2012 to the RSPO

Letter of complaint to the RSPO

What does the contract say?

How Sinar Mas is pulping the planet

What has been learned from first year of Golden Agri's forest conservation policy in West Kalimantan?

What has been learned from first year of Golden Agri's forest conservation policy in West Kalimantan?

Need a break? So does the forest - Greenpeace action on Nestle