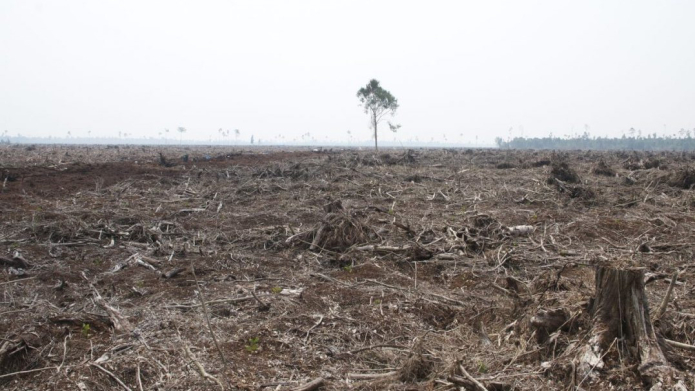 More than 65 organizations from North America, Indonesia and all over the world joined together today in an open letter urging Domtar shareholders, financiers, and customers to oppose the proposed acquisition of the company by rival Paper Excellence. The open letter details why the acquisition represents a grave reputational and financial risk for Domtar and for any company currently doing business with Domtar, by linking the company to a corporate empire associated with human rights and environmental abuses.

The acquisition will connect Domtar to the notorious conglomerate Asia Pulp & Paper (APP) of Sinar Mas Group (SMG), one of the world’s largest paper companies, in a nearly 3 billion USD all cash buyout. There is clear evidence linking APP and SMG to 30 years of deforestation, forest and peat fires and the destruction of wildlife habitat in the 2 million hectares of land under their control in Indonesia. These fires, and the company’s peat development have contributed to extensive greenhouse gas emissions. Reports also point to conflicts with local communities related to land grabbing, forest clearance and pulpwood plantation development in Sumatra and Kalimantan, Indonesia.

Paper Excellence is related to APP and its parent company Sinar Mas Group, via their family business ownership. These, and hundreds of associated companies – many of them incorporated in tax haven countries – are tied by a complicated and opaque corporate structure, with different companies often being managed by members of the same family. Although a complex corporate structure obfuscates the connection between the Paper Excellence Group and APP, strong evidence indicates the two groups operate as a deeply integrated production-marketing conglomerate with the same family business as owner.

Moreover, by voting in favor of the acquisition and thereby selling their shares, shareholders will significantly reduce, if not virtually eliminate, their ability to influence sustainability and human rights commitments in these geographies.

The full letter can be found here. See the original press release here.

Agriculture for Palm Oil | Pulp, Paper and Paperboard Mills
There are no companies active for this item now.