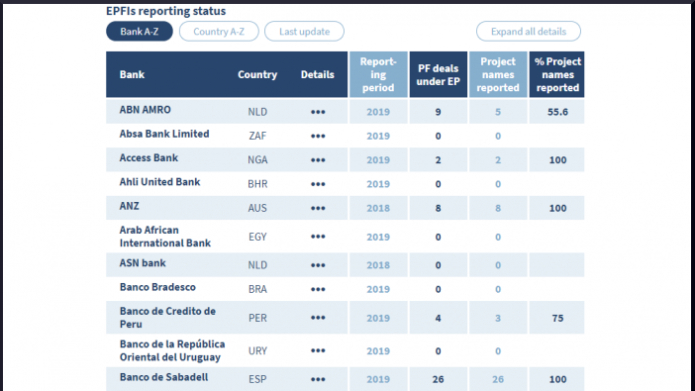 Despite the requirement for EPFIs to publicly disclose names of projects to which they have provided project finance loans under the Principles each year, project name reporting remains patchy. It is also still subject to obtaining client consent, which results in many project names not being publicly reported. This problem could be solved by EPFIs requiring the project name to be reported as a requirement of the loan agreement.