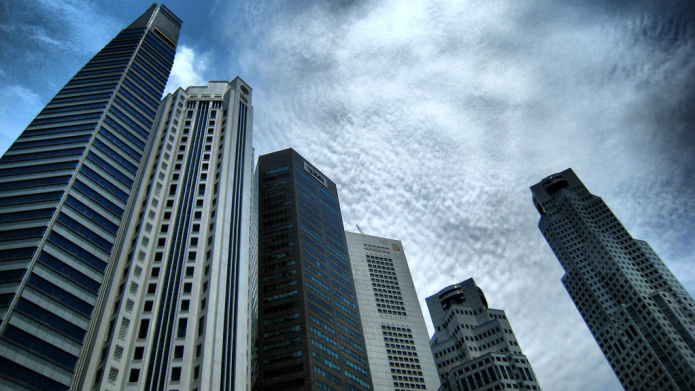 On the eve of  President Biden’s high-profile Earth Day Climate Summit, 43 banks from 23 countries, convened by the UN Environment Programme Finance Initiative (UNEP-FI), have launched the ‘Net-Zero Banking Alliance’ (NZBA). The new initiative - yet another addition to the existing alphabet soup of bank initiatives on climate change -  claims to “elevate the vital role of banks in supporting the global transition of the real economy to net-zero emissions”. Adopting banks commit to “align their lending and investment portfolios with net-zero emissions by 2050” including setting “an intermediate target for 2030 or sooner”. (1)

However, in blatant disregard of the extreme urgency needed to tackle the climate crisis, amongst other shortcomings, the adopting banks allow themselves a leisurely 18 months to formulate 2030 and 2050 targets, allow considerable leeway in terms of which business sectors to tackle first, and leave space for the questionable use of offsets to reach their targets.

Most importantly: joining this new industry-led alliance requires no explicit commitment from adopting banks to immediately start tackling their finance for fossil fuels. While banks signing the NZBA ‘commitment statement’ promise that they will “prioritise our efforts where we have, or can have, the most significant impact, i.e. the most GHG-intensive and GHG-emitting sectors within our portfolio”, it stops short of explicitly requiring banks to address their financing for fossil fuels. (2)

This financing is considerable. The recent Banking on Climate Chaos report shows that 15 of the largest banks that have now joined the NZBA, including US banks Citi, Morgan Stanley and Bank of America, UK based HSBC, NatWest, Standard Chartered and Barclays, and Deutsche Bank, Santander, BNP Paribas, Société Générale and Credit Suisse, together poured US$ 1.2 trillion into fossil fuels since 2016. (3)

Banks planning to join the new alliance are given no less than 18 months from adoption date to establish 2030 and 2050 financed emissions targets for “high priority” sectors, with another 18 month for additional sectors. This follows the model of the Principles for Responsible Banking, launched in 2019 and also led by UNEP-FI, which also allowed banks to join on the basis of merely a promise to put things in motion within 18 months, rather than expecting them to have concrete commitments in place upon entering the initiative. Banks then must report within a year on their financed emissions and their progress on reaching these targets. All in all, this will allow adopting banks a total of four years to put their house in order; time we do not have when the world has just nine years to reduce CO2 by half.

It is worth noting that of the 15 large banks mentioned above, nine have already adopted a net-zero by 2050 target or announced that they will do so by 2022, and some have set interim goals for 2030. (4) The credibility of the NZBA initiative would have benefitted from demanding from banks to have 2050 and 2030 targets in place right when adopting the initiative.

It is positive that NZBA banks commit to use decarbonisation scenarios that are “no-overshoot” or “low overshoot” and “rely conservatively on negative emissions technologies”. The accompanying Guidelines for target setting further specify these scenarios “shall be scenarios P1 and P2 of the IPCC” and require banks to be transparent about which they use. (5) This is an important recognition that betting on future negative emission technologies is not the way to go when aiming to keep global warming to 1.5C. However, ill-defined terminology like “relying conservatively” on negative emissions and making reasonable assumptions on carbon sequestration through nature-based solutions and land use change” are open to interpretation and will leave space for banks to cover up a lack of ambition with discredited carbon accounting schemes.

The NZBA further requires that banks “shall, to the extent possible, minimise misalignment with other Sustainable Development Goals”, but otherwise neither the NZBA nor the accompanying target setting guidelines make any mention of human rights, worker rights, Indigenous rights or the importance of a just transition, let alone demand that safeguards are put in place to ensure such rights and interests are firmly integrated in the transition plans of adopting banks.

Another crucial limitation of the NZBA is the scope of the current commitment, which covers lending but makes targets on underwriting optional. However, banks actually provide more financing to the fossil fuel industry through their investment banking activities than via direct lending, with roughly 65% of bank financing for fossil fuels in 2020 being through underwriting. (6) Excluding those off-balance sheet activities from any net zero commitment leaves a giant gap. While it is stated that a next iteration of the NZBA will include underwriting, a review of the initiative is not foreseen for another three years, once more illustrating the overtly relaxed timetable underneath the initiative.

Johan Frijns, director at BankTrack, said: “The Net Zero Banking Alliance launched today turns out to be another bank initiative that is in denial about the urgent need to terminate all bank finance for fossil fuel expansion now. No amount of long term target setting, no level of sophistication in measuring financed emissions, no elaborate reporting schemes will make up for this basic flaw in this new Alliance. At this point in time, bank initiatives without concrete fossil fuel finance commitments only serve to increase cynicism levels about banks’ willingness to tackle their role in financing climate chaos."

Moira Birss, climate and finance director at Amazon Watch, said: “If financial firms and the Biden administration think the climate movement will be impressed by vague plans to supposedly reduce emissions way in the future with huge leeway to ‘offset’ emissions, they should think again. The planet and all of us who rely on it require the rapid phase out of fossil fuel & deforestation finance, starting today.”

Lucie Pinson, founder and executive director of Reclaim Finance, said: “Another day, another net-zero initiative. It’s getting hard to keep track of them but one thing is certain - the banking and financial net-zero alliances launched today aim more to give their members cover than to undertake new measures to protect the climate. How else to explain the leisurely timelines, failure to require even an end to coal financing, or the inclusion of two of Europe’s biggest fossil fuel financiers in Barclays and BNP Paribas? When it comes to climate, actions speak louder than words - that means comprehensive measures to phase out fossil fuels. Nothing less will do.”

Ben Cushing, Financial Advocacy Campaign Manager, Sierra Club, said: "The Net-Zero Banking Alliance reaffirms that the banking industry must align with the goals of the Paris Agreement and makes progress toward rigorous near-term targets and action this decade, not just vague promises for 2050. But banks' most urgent and important task continues to be stopping fossil fuel financing, which is the only way any of these targets will be met. The big US banks that have joined — Morgan Stanley, Citi, and Bank of America — are taking a small step toward faster action, and it's disappointing that JPMorgan Chase, Wells Fargo, and Goldman Sachs couldn't even join their peers to clear this low bar yet. It's clear that Wall Street isn't going to take sufficient action to confront the climate crisis on its own, which further underscores the need for bold action from financial regulators, and we look forward to seeing the Biden Administration implement strong regulations and safeguards to hold them accountable."

Jason Opeña Disterhoft, Climate and Energy Senior Campaigner, Rainforest Action Network, said: "The NZBA and GFANZ are the broadest affirmation yet that global financial institutions drive climate change, and must decarbonize by midcentury, like all major emitters. This is another sign that the climate movement is winning the argument. But while today's initiatives build a big tent, they set a low bar. For banks, the slow timelines, limited scope, acceptance of intensity targets, and vagueness on fossil fuels and deforestation come in well below established global best practice. Today's announcements don't change the bottom line. Financial institutions have to stop fueling fossil expansion and deforestation, and phase out all support for fossils, starting immediately. They should know that's the standard by which they'll continue to be judged, and they will face growing pressure for concrete action before Glasgow."

Tom BK Goldtooth, Executive Director of the Indigenous Environmental Network said: "The worst enablers of global warming again attempt to paint themselves green by vague pledges that do not directly address their investments in fossil fuels. The window to less than 2 degrees centigrade is fast closing and all life as we know it is at risk. Indigenous Peoples in particular are directly affected by the seeming indifference of the Net-Zero Banking Alliance, as is all humanity. We feel an urgency to share our Indigenous traditional knowledge with the members of this alliance for them to develop guiding ethics and policies that recognize their relationship to Mother Earth and to all life, and their responsibility and duty to insure investments into a living regenerative economy that nurtures the health and vitality of Earth’s living systems and natural order that is sacred to all."

Adam McGibbon, Campaigner at Market Forces UK, said: “The hypocrisy of banks like Barclays joining this initiative is mind-blowing. The bank is trying to give itself a platform to delay more action on climate change when there's a shareholder resolution before the bank right now urging the bank to commit to proper targets for phasing out fossil fuels. The bank is urging its shareholders to vote against the resolution. This shows just how insincere the banks behind this initiative are about tackling climate change.”

Becky Jarvis, senior strategist for the Bank on our Future network, said: “All that glitters is not gold. What seems at first glance to be quite ambitious, actually lacks the urgency and ambition that the climate crisis demands. This is not the climate leadership that the world needs from Carney, it is a cover for banks to hide behind, and could serve to undermine some best practice in the sector. Net-zero means fossil fuel phase out, a term which this alliance seems to be allergic to. There is clearly a need for regulators to take stronger action on banks driving up emissions which are already dangerously high.”

Jeanne Martin, Senior Campaign Manager at ShareAction, said: “The alliance is a missed opportunity to define climate leadership for the banking sector ahead of COP26. Many European banks are already working towards the bulk of the mandatory guidelines set out by the alliance. Net-zero plans cannot be considered credible without addressing underwriting and setting dates to phase out financing for fossil fuels and deforestation. It is time for regulators to step in to prevent financial and planetary instability."

Simon Youel, Head of Policy and Advocacy at Positive Money, said: "We've seen time and time again that banks aren't going to voluntarily phase out fossil fuel financing, which is crucial if governments are to stand any chance of meeting their climate targets. What Mark Carney has inadvertently highlighted is that action from public institutions - not just private banks - is needed to stop the financial sector from fuelling the climate crisis. Central banks and regulators must now do what they are mandated to do - protect economic stability and support government policy. That means actively restricting lending towards carbon intensive projects, and supporting investment in a just, green transition."

Regine Richter, Finance Campaigner at Urgewald, said: “Both Deutsche Bank and Commerzbank are still providing billions in financial services to the coal industry. If the two joining this initiative means they are ready to clean up their act and get out of fossils, this step is very welcome. If them joining the initiative is mainly intended to silence critics, this puts the entire alliance into question.”