For any feedback or questions on this page please contact us at climate@banktrack.org 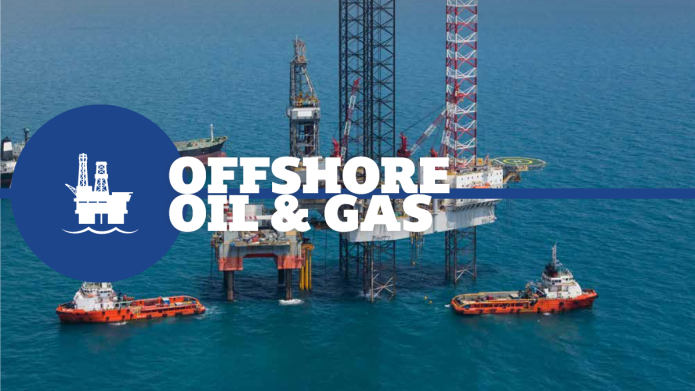 Offshore oil and gas refers to all exploration taking place at sea. Oil and gas can be extracted by drilling a borehole below the seabed and transporting the oil or gas to onshore facilities by either a pipeline or via oil/LNG carrying ships. Offshore oil and gas production is more challenging than land-based installations due to rough seas, lack of pre-existing infrastructure and the need to anchor the platform to the seabed or keep it in place using GPS systems, called dynamic positioning. Drilling at sea is also very expensive - up to many hundred millions of US dollars per well - and can only be profitable when the oil or gas price is high. Recent exploration has opened new areas for offshore oil and gas drilling in Guyana, Suriname, the Mediterranean and South Africa.

Drilling offshore for oil and gas is dangerous and several disasters have occured in the last decades, of which the blowout and oil spill of Deepwater Horizon in 2010 remains arguably the most dire example. But even when oil or gas spills do not occur, offshore operations have a negative impact. The drilling itself, its production water (which contains oil and suspended solids), and daily operations on the platform all negatively affect the environment. Finally, the costs of decommissioning an oil platform at the end of operations can cost up to a couple of hundreds of millions of US dollars per platform, which oil companies are often not willing to pay. As a consequence, companies often leave these platforms, or parts of them, to deteriorate.

Banks and offshore oil and gas

The severity of the climate crisis requires that banks must urgently take steps to disengage from financing all business activities and projects that continue the world's reliance on fossil fuels. Banks must therefore end support for all new offshore oil and gas projects and implement a full phase-out for financing offshore oil and gas, in line with the Paris climate agreement.

Four out of the six biggest biggest financiers of offshore oil and gas, all having financed the offshore oil and gas sector with more than USD 10 billion since signing of the Paris climate agreement (2016-2019), are US banks: JP Morgan Chase (1st), Citigroup (2nd),Bank of America (4th) and Morgan Stanley (6th). The remaining two banks in the top six are French BNP Paribas (3rd) and British HSBC (5th).

Bank policies on offshore oil and gas are scored below. These scores were originally published in our Banking on Climate Change 2020 report, and any policy changes implemented since then have been assessed using the same methodology, the details of which can be found at the bottom of the table. The details section in the table contains further detail on the exact scoring per bank, as well as an overview of relevant policies.

Our approach to responsible financing out of date

1.5 points for the commitment to reduce financing for offshore oil and gas companies: RBS prohibits "lending to major Oil and Gas producers, unless they have a credible transition plan aligned with the 2015 Paris Agreement in place by the end of 2021," which includes some offshore oil and gas companies. This qualifies as a reduction because it only applies to "major" O&G companies (to qualify for phase-out, a commitment must cover the entire sector).

0.5 point for enhanced due diligence regarding offshore oil and gas companies: RBS' prohibition on "lending to major Oil and Gas producers, unless they have a credible transition plan aligned with the 2015 Paris Agreement in place by the end of 2021" could be strengthened with further clarification on what Paris Alignment means to RBS. In the meantime, this qualifies as enhanced due diligence for offshore oil and gas.

Climate-related standards in the enery and utilities sectors

1) Restriction on direct financing for offshore oil and gas projects.

2) Restriction on financing for companies that expand offshore oil and gas.

3) The bank’s commitment to phase-out financing for offshore oil and gas.

4) The bank’s commitment to exclude companies active in offshore oil and gas above a certain threshold.

This table lists banks that have adopted a full ( ) or partial ( ) exclusion policy for offshore oil and gas projects and/or companies. Click on 'Details' for the rationale of this assessment for each bank.

Our policy assessments are always a work in progress and we very much welcome any feedback, especially from banks included in them. You can of course also contact us for more information on specific scores and the latest policy changes. Please get in touch at climate@banktrack.org.

Banks urged to back off from Sakhalin II