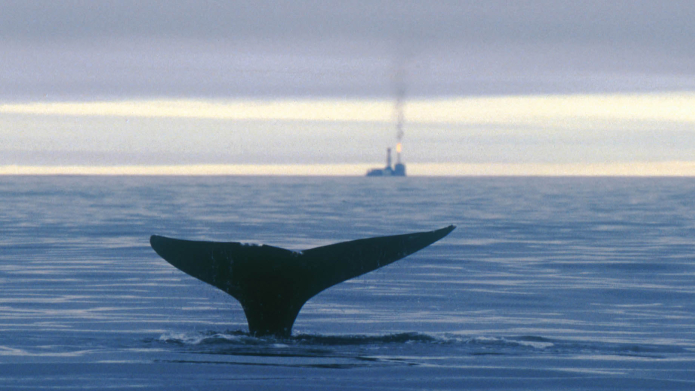 Banks receiving the letter include the export credit agencies of the UK, Japan and US, and private bank including RBS, BNP Paribas, Mizuho, SMBC, Bank of Tokyo-Mitsubishi, and others. Campaigners have targeted these international financing of Sakhalin II for years due to the project’s severe environmental and social impacts including the threat of extinction to the critically endangered Western Gray Whale; harm to hundreds of wild salmon runs; long-term damage to Sakhalin’s and Hokkaido Japan’s fishing communities through construction impacts and potential catastrophic oil spills; and other socio-economic and health impacts.

Sakhalin II gained widespread international attention in December 2006, when the Russian government-controlled Gazprom assumed a controlling share in the project following six months of pressure from Russian environmental regulators. For five years prior these events, Sakhalin II failed to secure international public and private financing due to the project’s inability to comply with these banks’ environmental policies. Violations identified by these banks paralleled those identified by Russian regulators. Today, Royal Dutch Shell continues to fill most senior management positions and is still responsible for construction and environmental management.

“Be it before, during or after the Gazprom takeover, Sakhalin II has never been close to complying with Russian law, international best practice, and the policies of public and private banks that are considering financing for the project,” said Dmitry Lisitsyn, Chairman of the Sakhalin Island-based Sakhalin Environment Watch.

“Its unfathomable that any public or private bank would still consider financing for Sakhalin II. With the project 85% built, many of Sakhalin II’s most serious violations are permanent and irreversible, hence the project will never comply with these banks’ environmental policies” said Doug Norlen, Policy Director, Pacific Environment.

The groups’ letter takes aim at ABN Amro, which reportedly provided $1 billion of financing for Gazprom’s purchase of a controlling share of Sakhalin II, despite ABN’s status as a founder of the Equator Principles on environmental and social performance.

The letter comes one week after Sakhalin II Project Director, David Greer, resigned in disgrace after the widely publicized leak of his “motivational memo,” which plagiarized General George Patton and inferred that there are cowards within the employees’ ranks who lack confidence in their ability to continue effectively on the crisis-prone project.

Letters analogous to this letter have been sent to the Japan Bank for International Cooperation, US Export-Import Bank, RBS, BNP Paribas, Mizuho, SMBC, Bank of Tokyo-Mitsubishi, and others. For further information also visit the dodgy deals site of Sakhalin II.

At a cost of over USD 20 billion, Sakhalin II is said by project  sponsors to be the largest integrated oil and gas project in the world.  The project operator, Sakhalin Energy Investment Company, Ltd., consists of Gazprom, Royal Dutch Shell, Mitsui and Mitsubishi.