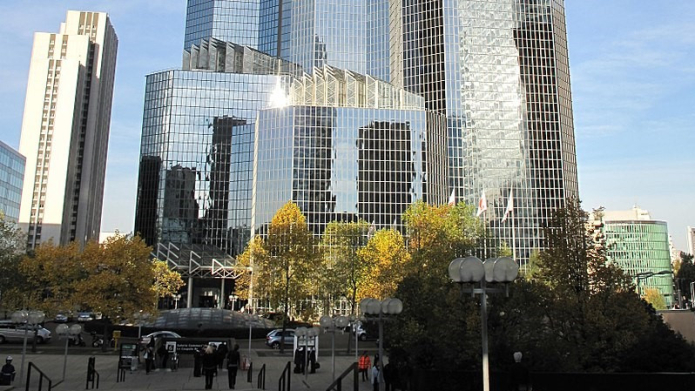 Reclaim Finance’s research team detected a major and worrying new financial transaction published on the Bloomberg Terminal (1) on May 11th. 12 banks, among which JP Morgan, Barclays, BNP Paribas, Crédit Agricole and Société Générale (2) have granted a massive USD 8 billion loan to French oil and gas major TotalEnergies. Designed as a general corporate loan, it will likely support TotalEnergies’ operations, including its oil and gas projects around the world: in Mozambique, Uganda, Tanzania and as far away as Australia.

According to the Banking on Climate Chaos data, this loan operation (“revolving credit facility”) is the biggest one for TotalEnergies since 2016 (3). This major financial operation was validated on April 7th 2022, three days after the publication of the Intergovernmental Panel on Climate Change (IPCC) report which gives us three years to reverse the trend and stand one last chance to limit global warming to 1.5°C. While these banks have all committed to meeting the 1.5°C goal as members of the Net Zero Banking Alliance, they continue to support the French oil and gas major and its toxic projects, particularly through corporate underwriting and loans. By signing onto this loan, the banks are supporting the company’s corporate operations, and hence, could contribute to help the company launch projects such as EACOP, the controversial oil pipeline in East Africa, although they have refused to finance it directly (4).

TotalEnergies is the world’s 7th largest developer of oil and gas production (5), and continues to expand in fossil fuels, going against scientific and International Energy Agency (IEA) 1.5°C recommendations (6). As a result, TotalEnergies is far from aligned with a 1.5°C pathway and according to Reclaim Finance calculations, based on the company’s climate targets, the company will have consumed its entire 1.5°C carbon budget by 2035 at the latest (7). Ahead of its Annual General Meeting on May 25th, French NGOs have sent TotalEnergies’ investors a letter calling on them to vote against the company’s flawed climate plan.

Louis-Maxence Delaporte, zero fossil finance campaigner, comments: “This is the biggest loan operation for TotalEnergies since the Paris Climate Agreement was signed in 2015! And it happened three days only after the IPCC released new data and a ticking clock for climate action. It’s extremely problematic that banks that have made strong climate pledges are still signing blank checks to companies developing XXL oil and gas projects like EACOP in East Africa, at odds with all 1.5°C scenarios. It’s time for banks to seriously align their financial decisions with their climate pledges, and stop providing direct and indirect new financial services for oil and gas expansion.”

(1) The transaction can be found on the Bloomberg Terminal under the FIGI ID: BBG017B2BDW0
(2) The 12 banks involved are the following. The three bookrunners for the transaction are French banks Société Générale, BNP Paribas, and Crédit Agricole. The mandated arrangers include: Banco Bilbao Vizcaya Argentaria (BBVA), Banco Santander SA/France, Barclays Bank SA, BNP Paribas, Credit Agricole CIB, Deutsche Bank France, JP Morgan & Cie SA, Mizuho Bank Ltd/Paris, Natixis, RBC Dexia Investor Services Bank, Société Générale, Standard Chartered PLC
(3) According to the Banking on Climate Chaos data, the single largest operation for TotalEnergies between 2016 and 2021 reached approximately USD 6 billion
(4) In 2021, the French banks acknowledged in French media Les Echos that they would not directly support the East African Crude Oil Pipeline project
(5) TotalEnergies is listed as the 7th biggest developer in the Global Oil and Gas Exit List, the 1st public and comprehensive oil and gas company database published by Urgewald in October 2021
(6) The IEA explicitly states that there are no investments in new oil and gas fields in a 1.5°C pathway beyond those approved in 2021. The IPCC also highlights that fossil fuel reserves, under production or planned for production, overshoot the 1.5°C carbon budget
(7) Reclaim Finance analysis, Is TotalEnergies on track for 1.5°C, March 2022.