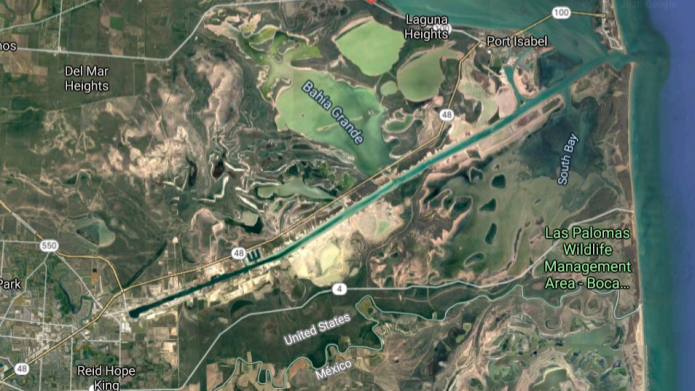 In the port of Brownsville, Texas USA, Texas LNG is planning to build a liquified natural gas (LNG) export terminal, expected to cost USD 1.3 billion. Together with two other terminals, Rio Grande LNG and Annova LNG, these terminals would be used to liquify and export 5.1 billion cubic feet of gas every day. These terminals are said to be build on undeveloped land, transforming the coastal landscape of the Rio Grande Valley into an industrial export hub for LNG.

FERC has issued a draft EIS of the Texas LNG project

The proposed Texas LNG terminal would be located close to coastal wetlands and threaten the Bahia Grande area of the Laguna Atascosa National Wildlife refuge, where wetland restoration is still ongoing.

In general LNG export terminals are capital-intensive, financially risky and environmentally destructive. Financial institutions involved in these projects share responsibility for the impacts of these facilities. These impacts span people and ecosystems across the continent: communities around the terminal site, communities at the point of extraction and communities along the pipeline routes.

By financing practices that are incompatible with a climate-stable future, the financial institutions involved threaten the global agreement to address climate change. Therefore, banks involved should withdraw their support for this project.

The public health impacts of climate change in U.S. Gulf Coast states—Texas, Louisiana, Mississippi, Alabama, and Florida—may be especially severe and further exacerbated by a range of threats facing the coastline areas, including severe erosion, subsidence, and—given the amount of energy production infrastructure—the ever-present potential for large-scale industrial accidents. The Gulf Coast population is expected to reach over 74 million by 2030 with a growing number of people living along the coastlines. Populations in the region that are already vulnerable because of economic or other disparities may face additional risks to health and well-being as a consequence of a changing climate, creating new levels of concern for political and public health leaders.

Communities that would feel the negative impacts of the LNG terminals are often low-income people of colour. The Texas LNG terminal will be located between the Laguna Madre communities and next to Brownsville, a rural community that is 93 percent Hispanic or Latino. More than 35 percent of the Rio Grande Vallley's residents live in poverty, the highest rate of any metropolitan area in the United States. Already this region struggles with major health issues. These projects would add thousands of tons of pollutants into the air. Across the United States nearly 1.78 million Latinos already live in areas that face a cancer risk above the EPA's level of concern from toxins emitted by oil and gas facilities. Industrial ozone smog burdens Latino communities with 153,000 childhood asthma attacks and 112,000 lost school days each year.

If built, this LNG terminal could significantly impact the local fishing, shrimping and ecotourism industries. Nearby South Padre Island could have its beauty and its economy compromised by the release of effluent water, and the brown haze that would come with the thousands of tons of air pollution.

In the Rio Grande Valley, nature tourism alone leads to 6,600 jobs. In contrast, an LNG terminal creates mostly temporary construction jobs and only a few hundred permanent ones.

Texas LNG submitted a 92-page document located deep in the FERC website called “Resource Report 4: Cultural Resources.” The report outlines the company’s efforts to contact numerous Texas tribes to gather information about the Garcia Pasture site. Based on the report, however, Texas LNG failed to contact the Carrizo Comecrudo Tribe of Texas, the tribal group that originates from the South Texas Rio Grande Delta. The Texas LNG export terminal, like the other two planned terminals, poses a serious threat to Indigenous historical sites. The company has not adressed these issues. In 2016 the National Park Service concluded in an offical statement that the project site "contains one of the premier prehistoric archaeological sites in Cameron County", which "has known burials, [...] and contact period artifacts" (Sierra Club November 2016).

The terminal is proposed right on the edge of what the US Fish and Wildlife Service calls 'one of the largest and most succesful coastal wetland restoration projects in the US': the Bahia Grande unit of the Laguna Atascosa National Wildlife refuge, where wetland restoration is still ongoing. The 21,700 acre refuge is a safe haven for a range of species and native vegetation, as well as a crucial storm barrier. Endangered ocelots and Aplomado falcons roam this area. As of August 2015 only 53 ocelots were left in Texas, all in this area of the state. Construction, bright lights, tall structures, air pollution and wastewater will fundamentally alter the ecosystem of the area.

With these three terminals (Rio Grande LNG, Texas LNG and Annova LNG) exporting at full capacity, burning just one year's worth of the gas exported from Brownsville would create greenhouse gas emissions equivalent to the annual emissions of 30 coal-fired power plants. Accounting for extracting, piping, liquefying and shipping the gas nearly doubles the carbon intensity of energy produced from RGV's exported LNG. LNG is the most carbon-intensive form of natural gas.

FERC has issued a draft EIS of the Texas LNG project

On October 26 2018 the Federal Environmental Regulatory Commission (FERC) issued a Draft EIS of the Texas LNG project. The document can be accessed here.

BNP Paribas takes the global lead in excluding unconventional fossil fuels from its portfolio. The so called unconventional fossil fuels are tar sands, shale gas, oil and has exploration projects in the Artic region, as well as all related infrastructure for transport and export. This means that BNP Paribas, although financial advisor of Texas LNG, will not finance the project. See BNP Paribas' press release and BankTrack's statement for more information.

After initially being appointed financial advisor for the project in 2015, in October 2017 BNP Paribas announced a new policy commitment that excludes unconventional fossil fuels from its portfolio. This means that it will not finance Texas LNG.

The truth about fracked-gas terminals

Save RGV from LNG

Gas, mostly derived from fracking, is piped to the coast, supercooled and compressed into a liquid - LNG. Due to over-extraction from fracking the USA faces an oversupply of natural gas. Across North America companies are planning to build dozens of LNG export terminals. These infrastuctures span hundreds of acres. Each facility connects to a network of pipelines that are fed from fracking sites. There are 40 of these proposed and existing facilities in the USA, and 80 percent of them are situated along the Gulf Coast.

The three terminals in the Rio Grande area (Rio Grande LNG, Texas LNG and Annova LNG) have each received authorisation from the Department of Energy to export their LNG overseas. The project received authorization from the Federal Energy Regulatory commission (FERC) in November 2019. The Final Investment Decision (FID) for the development of the Texas LNG liquefaction project is expected for 2021.