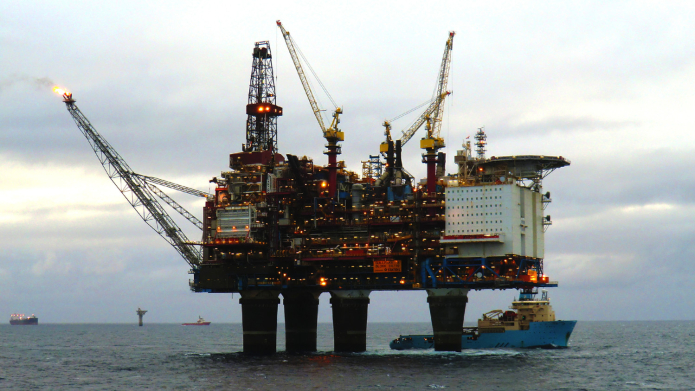 Equinor ASA is a Norwegian state-owned multinational oil and gas company, headquartered in Stavanger. As of 2021, Equinor had over 21,000 employees, with a 2021 revenue of $90.92 billion USD and total assets of $147.12 billion. The company operates in 36 countries. It was formed in 2007, when Statoil and the oil and gas division of Norsk Hydro merged.

Equinor's fossil fuel production has a large environmental impact. By 2026 the company plans to have increased its production of oil and gas, with 95% of its energy production still coming from fossil fuels. Equinor is involved in numerous North Sea expansion plans, while Arctic extraction forms 20% of its overall hydrocarbons production. No fossil expansion is compatible with the Paris Climate Afreement, and fossil fuel exploration in the Arctic especially poses a threat to the fragile ecosystems in the region.

Banks and other financial institutions must demand that Equinor halts all fossil fuel expansion, and develop and implement a credible phase-out plan for its current fossil fuel activities. If Equinor continues to pursue expansion, banks must end all financing for the company.

In 2004, Statoil (one of the companies involved in the 2007 merger to create Equinor), was found guilty of corruption by Norwegian courts. The case revolved around the company's securing of oil contracts in Iran between 2002 and 2003 through misconduct and bribery. Statoil was ordered by Norwegian courts to pay a fine of NOK 20 million.

North Sea & Arctic expansion Equinor is currently involved in numerous North Sea expansion plans, such as Rosebank and Wisting, which it opened in 2020. Wisting is the largest oil field in western Europe.  The environmental impacts of this field will be huge. The emissions from Wisting will be 200 million tonnes of CO2. As the project is so far to the north, it also endangers Arctic wildlife such as the seabirds that need to swim past the oil field.

The Global Oil and Gas Exit List (GOGEL) by Urgewald shows that Equinor is expanding fossil fuel production in 11 countries, while Arctic extraction forms 20% of its overall hydrocarbons production. Arctic exploration is of particular concern, due to the impact on the region’s fragile ecosystems, and the cold temperatures meaning it is not possible to mitigate oil spills.

No project expanding the fossil fuel industry is compatible with the Paris Climate Agreement. The emissions from new North Sea projects would contribute to catastrophic climate change, especially with the proposed development of huge fields such as Rosebank, which would create emissions equivalent to more than the combined emissions of the world's low-income countries.

Greenwashing Statoil's rebranding to Equinor in 2018 drew criticism that it was drawing attention away from its oil and gas activities through green marketing. However, between 2010 and 2018 only 2% of its capital expenditure went on green energy. Client Earth comments on its greenwashing:

Moreover, despite claims around its renewable energy activities, in 2020 Equinor's renewables investments accounted for just 5% of its net operating loss.

From 2016 - 2021 16 commercial banks financed Equinor via lending and underwriting totalling USD 16.22 billion. See below for details on banks involved.

In May 2021 Equinor signed a USD 6 billion revolving credit facility, financed by 19 commercial banks, maturing in May 2024.

Oil and Gas Extraction
There are no projects active for Equinor now.
on record

Time for Barclays to move Beyond Burning

A company set up by the fossil fuel industry and based in Bermuda is providing vital insurance coverage to firms behind two of the biggest and most controversial new oil fields in the North Sea.
2022-10-02 | The Herald
blog
external news
our news

Will Sturgeon dare condemn Rosebank as she did Cambo?

NICOLA Sturgeon has been told to vehemently show her opposition to new fossil fuels development by coming out against a planned North Sea oil development three times bigger than the controversial Cambo plans.
2022-09-26 | The Herald
blog
external news
our news

Key engineering contract for innovative floating production vessel that will produce up to 200,000 bpd
2022-08-25 | Upstream
blog
external news
our news

Electrification of the Wisting oil field

If the Wisting oil field is developed with electrification, it means that Equinor will build a 300 kilometer long cable from Finnmark and further north into the Barents Sea.
2022-08-10 | Naturvernforbundet
blog
external news
our news

Despite the company’s climate action pledges, the Climate Action 100+ Net Zero Company Benchmark finds that Equinor only meets some of the Benchmark’s targets disclosure criteria
2021-03-25 | ClientEarth

Who is financing fossil fuel expansion in Africa?

What is the Rosebank oil field?

Rosebank WON’T lower bills or make our energy more secure. But it WILL produce pollution equal to the world’s 28 lowest-income countries.

Five reasons why Wisting must never be built