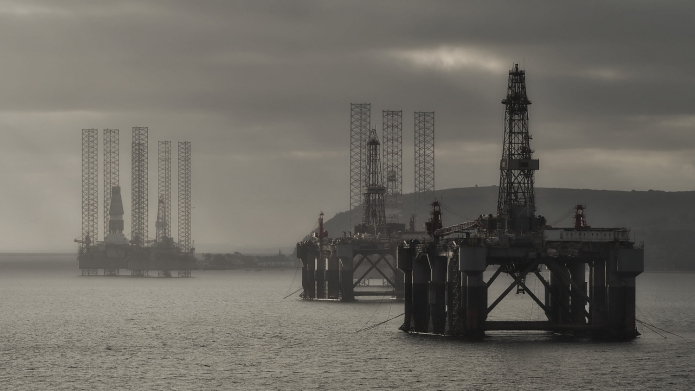 North Sea oil rigs near the coast of Scotland. Photo: joiseyshowaa via Flickr (CC BY SA 2.0)

The North Sea has seen a recent increase in oil and gas expansion. Especially since Russia's 2022 invasion of Ukraine, governments of countries such as the United Kingdom and the Netherlands have increased their approval of new oil and gas fields in the region. In the United Kingdom, fossil fuel lobbyists have identified USD 30 billion of potential North Sea investments.

Below, you can find links to individual North Sea oil and gas fields that are at various stages of approval and production:

The Jackdaw gas field is located in the North Sea, 275 kilometres east of Aberdeen, Scotland. The area is estimated to contain approximately 58 million barrels of oil equivalent (according to Uplift, using Rystad Energy data). Once developed by Shell, the gas field will incorporate four production wells and a 31-kilometre pipeline that leads to Shell's offshore Shearwater platform.

The Cambo oil field is located 125 kilometers north-west of the Shetland Islands in the United Kingdom. It spans offshore blocks covered by two licences granted in 2001 and 2004 respectively. Siccar Point Energy acquired a 100% interest in the field in January 2017, before subsequently selling a 30% non-operated interest to Shell UK in May 2018.

The Rosebank oil and gas field is located in the North Sea, 130 kilometres off the coast of the Shetland Islands. It contains an estimated 500 million barrels of oil equivalent (according to Rystad Energy data). The field would be developed by Equinor, which holds a 40% stake. Other owners are Suncor Energy (40%) and Ithaca Energy (20%).

No project expanding the fossil fuel industry is compatible with the Paris Climate Agreement. The emissions from new North Sea projects would contribute to catastrophic climate change, especially with the proposed development of huge fields such as Rosebank, which would create emissions equivalent to more than the combined emissions of the world's low-income countries.

The Russian invasion of Ukraine has been used as justification by European governments, fossil fuel companies & their financiers to move forward with fossil expansion. However, the oil and gas extracted from these fields - a large percentage of which will be exported - will do nothing to improve our current energy security, and will lock us into fossil fuels for years to come.

Banks should rule out direct financing for these projects. Bank financiers should engage with the companies involved and urge them to terminate the project, halt its expansion of all fossil fuel extraction and ultimately phase out production in line with the Paris Agreement’s 1.5C goal. In the absence of this, banks should sever ties with the relevant company.

Multiple human rights will be violated by North Sea expansion. Fossil fuel expansion projects contribute to pushing the global temperature rise beyond 1.5C. As such, the human rights to life, water and sanitation, health, food, a healthy environment, an adequate standard of living, housing, property, culture, self-determination and development will be taken from countless individuals. Climate change caused by the fossil fuel industry particularly threatens the rights of women, indigenous communities and all communities on the frontlines of fossil fuel extraction. In 2021, the International Energy Agency stated there is “no need for investment in new fossil fuel supply in our net zero pathway”.

Climate-related catastrophes will be exacerbated by new North Sea projects. Fossil fuel expansion is incompatible with limiting the global temperature rise to 1.5C, which is essential to mitigate climate change.

See individual Dodgy Deals in the "About" section for more information on financiers.

THE SNP’S Net Zero Secretary has suggested the UK Government should reverse plans to expand North Sea oil and gas extraction amid claims levelled against the Tories of “climate denial at its worst”.
2022-10-05 | The Herald
blog
external news
our news

Meet the banks funding the owners of the Cambo oil field

New oil & gas development in the North Sea could produce up to 984 megatonnes of CO2 equivalent.