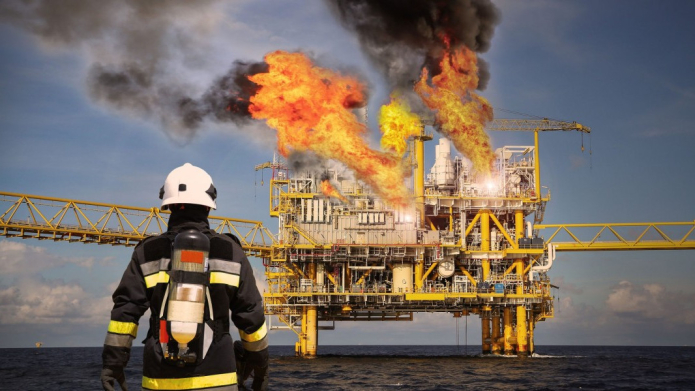 The Cambo oil field is located 125 kilometers north-west of the Shetland Islands in the United Kingdom. It spans offshore blocks covered by two licences granted in 2001 and 2004 respectively. Siccar Point Energy acquired a 100% interest in the field in January 2017, before subsequently selling a 30% non-operated interest to Shell UK in May 2018.

The development of the Cambo oil field is clearly not aligned with the pathways required to meet the 1.5°C temperature goal under the Paris Agreement. The ‘Net Zero by 2050 Roadmap’ published in May 2021 by the International Energy Agency underscores the need to phase out oil and gas production and states that that no oil and gas fields are required beyond those already in production and approved for development.

Banks and other financial institutions should not provide financial or advisory services relating to projects that involve new exploration or development of fossil fuels, such as the Cambo oil field project, or to companies planning them. The existing financiers of Siccar Point Energy and Shell should engage with them to influence them to stop pursuing the Cambo project, and consider terminating their relationships if they refuse.

Human rights impacts The dire outlook of climate change in excess of 1.5°C involves impacts on a range of internationally recognised human rights, including the rights to life, water and sanitation, health, food, a healthy environment, an adequate standard of living, housing, property, culture, self-determination, indigenous people, women, and development. Setting to one side their fossil fuel-related business activities to date, any future development of the Cambo oil field by Siccar Point Energy and Shell and the associated emissions would fuel future climate change-related human rights impacts, which are of the utmost severity and of an unprecedented scale.

The imapcts of the Cambo oil field on human rights, and the implications for banks, were further elaborated in a September 2021 letter from ClientEarth addressed to the CEOs of 17 banks exposed to the project.

In May 2021, the International Energy Agency, the world’s most influential energy forecaster, produced a roadmap for the global energy sector to reach net zero by 2050. One of the essential conditions for the energy sector to reach net zero emissions, it found, is “a huge decline in the use of fossil fuels”, stating that “there is no need for investment in new fossil fuel supply in our net zero pathway”. They add that there should be “no new oil and gas fields approved for development”.

Climate change impact The Cambo oil field would be able to produce 170 million barrels of oil a year - the climate equivalent of running 18 coal-fired power stations - over 25 years in the project’s first phase alone. This would result in 63.5 million tonnes of greenhouse gas emissions, further endangering the adverse impacts of global warming.

CO2 emissions Shell A landmark Dutch court ruling recently required Shell to reduce its total CO2 emissions, including the emissions resulting from the use of the fossil fuels it produces. This has significant implications for the North Sea oil industry’s promises to reduce emissions from extracting oil and gas – to create a “net zero hydrocarbon basin” as the Scottish Government says – while ignoring the emissions from burning the oil and gas extracted (FoE Scotland).

Corruption investigation Petrofac A firm being investigated on corruption charges and founded by a major Tory donor is a contractor on the proposed Cambo oilfield in the North Sea. Petrofac, whose co-founder Ayman Asfari has along with his wife donated almost £900,000 to the Conservative Party, is under investigation by the Serious Fraud Office for allegedly paying million-pound bribes to secure contracts in nine different countries (DeSmog).

Siccar Point Energy has decided to pause the development of the Cambo oil field off Shetland, after Shell announced it would pull out of the project a week earlier. (BBC Scotland)

Shell has pulled out of a controversial new oilfield off the Shetland Islands, plunging the future of oil exploration in the area into doubt. Shell, which was planning to exploit the field along with the private equity-backed fossil fuel explorer Siccar Point, cited a weak economic case as its reason for deciding not to go ahead with the project (The Guardian).

The Cambo oil field is owned by Siccar Point Energy (70%) and Shell (30%). Commercial banks are financing both companies through debt (lending and underwriting).

From January 2016 to September 2021, Siccar Point Energy has received over USD 2.3 billion in loans and underwriting services from 14 different UK and international banks. Its biggest financiers are DNB in Norway (USD 332 million), ING Group in the Netherlands (USD 199 million), and Groupe BPCE in France (USD 199 million). See below for more details on banks involved.

The firm behind the controversial Cambo oil field development off Shetland is "pausing" the project, BBC Scotland has learned.
2021-12-10 | BBC Scotland
blog
external news
our news

Glasgow wrap-up: updates from banks and civil society at COP26

With COP26 behind us, it’s as clear as ever before that banks must act urgently to help achieve the goal of limiting global warming to 1.5 C.
2021-11-17 | Nijmegen | BankTrack
blog
external news
our news

Meet the banks funding the owners of the Cambo oil field

Petrofac to fundraise £200million to pay for SFO bribery settlement

Letter from ClientEarth to 17 banks regarding the Cambo oil field

Cambo chaos: the oil field embarrassing the government ahead of the COP climate talks

Letter from ClientEarth to 17 banks regarding the Cambo oil field

The Cambo oil field was discovered in 2002 by US oil and gas exploration company Hess Corporation. The oil field is located approximately 125 kilometers north-west of the Shetland Islands off the shore of the United Kingdom. A total of five appraisal wells were drilled at the Cambo field by Hess and Austrian oil and gas company OMV before the oil field was acquired by Siccar Point Energy in 2017. The field’s final appraisal well was spud in May 2018.