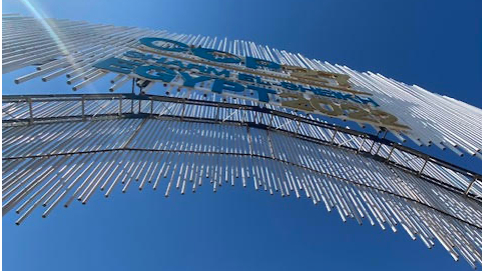 A picture in front of the COP27 venue where silent protests occurred.. Photo: Sumeyra Arslan

Welcome to BankTrack’s wrap-up of the most important bank-related news from two weeks of COP27 in Sharm el-Sheikh, Egypt. Overall, COP27 was partly successful and partly a failure: on the one hand, a historic Loss and Damage fund was created to deal with the destruction caused by climate change in less-developed countries already now, and on the other, the final agreement failed to officially acknowledge all fossil fuels (coal, but also oil and gas) as the root cause of those damages, let alone seek a commitment to phase them out or down, despite calls from around 84 countries for their inclusion.

When it comes to the specific role and responsibilities of commercial banks, very little has moved during the two weeks in Egypt. There were some expectations on Finance Day that banks would announce more ambitious targets and commitments to address their impact on climate change, including commitments on financing fossil fuels, but in the end, it all turned out to be a non-event, with the conversation mainly about how banks can deliver on their existing commitments, focussing on client’s transition plans. This lack of ambition was in stark contrast with the announcement made in Glasgow a year earlier, where GFANZ presented itself as the breakthrough initiative that would bring the finance sector in alignment with the Paris goals.

In the end, the only developments in Egypt came in the form of two reports, one from the UN’s High-Level Expert Group on Net Zero Commitments of Non-State Actors (HLEG), and the other from the Net Zero Banking Alliance (NZBA).

At the start of COP27, the High-Level Expert Group on the Net-Zero Emissions Commitments of Non-State Entities (HLEG) released a new report assessing the net zero commitments from a diverse pool of non-state actors, including financial institutions. The report concludes with ten recommendations to establish clear standards and criteria to achieve net zero. The report emphasises the important role of financial institutions, calling for swift movement from banks to stop finance for fossil fuels, start adopting absolute emissions reduction targets instead of intensity-based targets, and start reducing emissions throughout the whole investment chain. As UN Secretary-General Antonio Guterres stated at the launch event of the report: “We need financial institutions to walk the talk under net zero promises, we cannot afford fake movers, slow movers or any form of greenwashing.”

For further commentaries see the releases of Reclaim Finance and ShareAction.

The progress report of the Net Zero Banking Alliance (NZBA), published on Finance Day, disclosed an analysis of the net zero commitments of 62 banks. Almost directly affirming the words of Guterres, the report shows that commercial banks are not doing enough to reach net zero by 2050. The report stated that, of the 62 banks that reported progress, only 50% had set financed emissions targets for their oil and gas sector, and only 12% for the coal sector. BankTrack commented that, while the report shows progress, it is not nearly fast enough.

For further commentaries see the releases of Reclaim Finance and ShareAction.

But civil society presses on 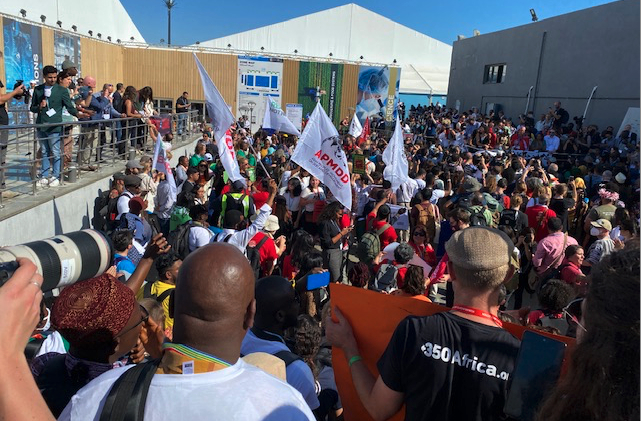 BankTrack had its own presence at COP27. Together with WECAN, Global Witness and Environmental Defence, BankTrack organised a closed-door meeting with affected local communities and representatives of three banks, aiming to harbour open communication between the two parties. In addition, together with urgewald, BankTrack organised a side event on the financiers of Africa and Asia’s energy transition, featuring speakers from the Center for Energy, Ecology and Development (Philippines), Friends of the Earth Mozambique, Center for Environmental Rights (South-Africa),  Solutions for Our Climate (South Korea),  Alliance for Empowering Rural Communities (Ghana) and CEE Bankwatch (Czech Republic). If there was one thing that was clear at Sharm el-Sheikh, it is that civil society calls for the phase-out of all fossil fuels are growing ever louder. For example:

With ups and downs, disappointments and sparks of hope, we are looking back at a very interesting, albeit disappointing COP27. Despite the bumpy road, BankTrack will continue to hold NZBA bank members to account by tracking their net zero commitments in the Net Zero Banking Alliance tracker. In addition, together with our partners, we are working hard on the 2023 edition of the authoritative Banking on Climate Chaos report, to be published in March 2023 (see the 2022 version here). We also continue to track private bank finance for new fossil fuel projects as part of our ongoing dodgy deal campaigning. This, in addition to our efforts to help strengthen the global bank campaigners movement through our Fossil banks No Thanks Platform. So, there is enough work ahead.