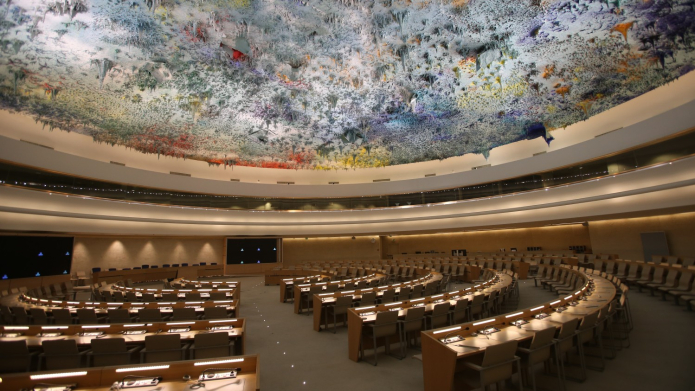 Update: links to the Thun Group's response to the criticisms detailed here are available at the end of this article.

A group of eleven major banks has met with a wave of criticism from civil society, academics, the UN Working Group on Business and Human Rights (“the UN Working Group”) and Prof. John Ruggie, the architect of the UN Guiding Principles on Business and Human Rights (“the UNGPs”), after publishing a paper on the human rights responsibilities of banks.

The Discussion Paper, released on 25 January by the Thun Group of banks, set out the banks’ view of their responsibilities under the UNGPs, the global standard for managing the human rights impacts of businesses. It followed up an earlier discussion paper released in 2013, which was welcomed by civil society groups including BankTrack.

However the new Discussion Paper was described as “deeply problematic” by civil society groups for “appearing to sideline the advice of UN agencies”, while Prof. Ruggie was “deeply troubled” by the paper, and the UN Working Group expressed concerns that it “may undermine attempts by banks and others to implement their responsibility to respect human rights”.

An open letter coordinated by BankTrack, calling on the Thun Group to withdraw and reconsider the paper, was supported by over 30 civil society organisations and academics, including Oxfam, Greenpeace, Global Witness and the OECD Watch network. The letter states: “We consider that the premises on which the paper is based are fundamentally flawed, and regret that it has either intentionally or unintentionally omitted to take into account authoritative guidance, including by the UN Office of the High Commissioner for Human Rights.”

Following the letter, Prof. John Ruggie, Berthold Beitz Professor in Human Rights and International Affairs at the Harvard Kennedy School, published his own comments on the paper on 21 February. Prof Ruggie stated: “It is exemplary that a group of major banks is undertaking important work on the application of the UNGPs to its sector. But I fear that the misconstruing of core elements of the UNGPs and their implications in this paper may do serious damage and risks setting back some of the innovative work that we are seeing from individual banks. Therefore, I would urge the Group to reflect on these issues and consider publishing a future paper more in keeping with the core elements of the UNGPs.”

And most recently, on 23 February, the UN Working Group, which promotes the implementation of the Guiding Principles on Business and Human Rights, also responded, calling on the Thun Group banks to revise the paper “in order to align it with the UNGPs.” The Working Group stated: “The Thun Group’s efforts to explore practical implications of the UNGPs are welcome … However, such practice tools which seek to interpret the meaning of the UNGPs in a sector-specific context should be subject to a process of consultation and review by other stakeholders in order to ensure accuracy, robustness and legitimacy.”

BankTrack called on the Thun Group to proceed on the basis of consultation with civil society and other stakeholders in 2013. Following this, the Thun Group committed to elaborate a stakeholder engagement strategy, although it has not yet done so.