Home › News
Davos financial players pump US$1.4 trillion into fossil fuels: new Greenpeace report
Banks, insurers and pension funds are as culpable for the climate emergency as the fossil fuel industry - especially those at the World Economic Forum Annual Meeting
By: Greenpeace
2020-01-21 Contact: 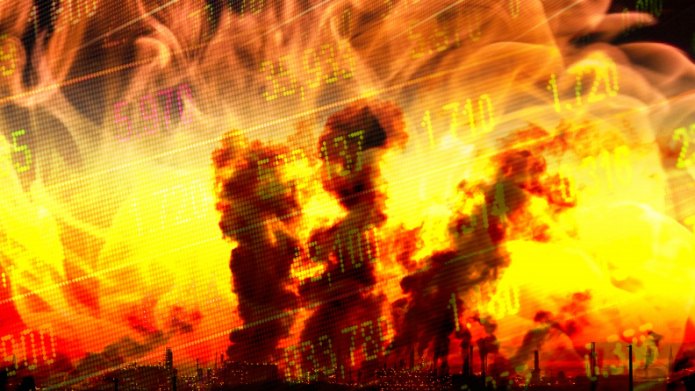 Banks and pension funds with CEOs attending the World Economic Forum Annual Meeting in Davos are collectively financially exposed to fossil fuel companies to the tune of US$1.4 trillion. Also represented at the gathering of the world’s most powerful are five of the worst insurance companies for coal coverage. These are the findings of “It’s the finance sector, stupid,” a new Greenpeace International report.

Greenpeace International analysed which banks, pension funds and insurers go to Davos but fail to live up to the Forum’s goal, from an environmental and economic perspective, of “improving the state of the world.” The report and accompanying website, www.worldeconomicfailure.com, also illustrate how lobbyists and PR firms are engaged by these financial actors and fossil fuel companies to work against the Paris Agreement.

“The banks, insurers and pension funds here at Davos are culpable for the climate emergency. Despite environmental and economic warnings, they’re fuelling another global financial crisis by propping up the fossil fuel industry. These money men at Davos are nothing short of hypocrites as they say they want to save the planet but are actually killing it for short term profit,” said Greenpeace International Executive Director, Jennifer Morgan.

24 banks that go to Davos have financed the fossil fuel industry to the amount of US$1.4 trillion since the Paris Agreement through to 2018.(1) US$1.4 trillion is the same as what the world’s 3.8 billion poorest people had collectively in 2018.

Of these 24, it is just 10 banks that account for US$1 trillion in fossil fuel finance: JP Morgan Chase, Citi, Bank of America, RBC Royal Bank, Barclays, MUFG, TD Bank, Scotiabank, Mizuho and Morgan Stanley. US$1 trillion is equivalent to the financial risk reported by 215 of the world’s biggest global companies due to climate impacts that are likely to hit within the next five years. US$1 trillion could also buy 640GW of solar power, which is more than the current global capacity.

Three pension funds that are due this year at Davos have at least US$26 billion in fossil fuel holdings in Shell, Chevron and Exxon, among others, and in fossil fuel bankers JP Morgan Chase, Bank of America and Royal Bank of Canada.(2) US$26 billion equates to the world’s biggest IPO to date, that of Saudi Aramco. These three pension funds are Ontario Teachers' Pension Plan, Canada Pension Plan Investment Board and PensionDanmark.

If a sector is not insurable, it is not bankable. Five of the world’s worst insurance providers when it comes to covering coal attended the 2019 Annual Meeting in Davos and are likely to be there this year. They are AIG, Prudential, Sompo, Tokio Marine and Lloyd’s.(3) Four of the five have not adopted any public policies to reduce their support for coal projects.(4) And the same number has not adopted any public policies to divest from coal and other fossil fuels.(5) AIG, sponsor of New Zealand’s national rugby union team, is deemed as the worst insurer as it also has not excluded support for the giant Adani coal mine project in Australia.

“The time for talking shops and PR spin is over. The regulators must do their jobs before it is too late and financial actors must stop operating as if it’s business as usual. We are in a climate emergency and there will be no money on a dead planet,” said Morgan.

“It’s the finance sector, stupid” report by Greenpeace International is available for download at www.worldeconomicfailure.com, which features interactive alternative business cards for financial players who are likely to attend Davos 2020.