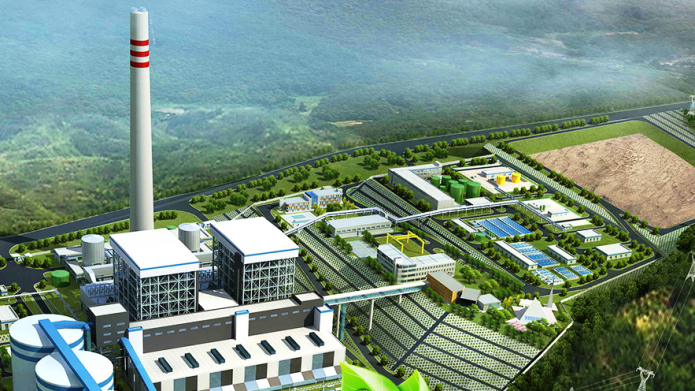 The Emba Hunutlu project is a planned 1,320MW coal power plant in Yumurtalik, at the Iskenderun Bay area, district of Adana in Turkey. The project received its permit in 2015, the first phase of operation is planned for the end of 2021. However, the project is still struggling to secure all funding. The project's sponsor, Emba Electricity Production, is a joint venture between China's Shanghai Electric Power (78.21%), Avic-International Project Engineering Company (2.99%), and two private persons: Mete Bülgün, CEO of the EMBA Electricity Production Company (9.4%), and Adnan Demir (9.4%). The project is expected to cost USD 1.7 billion and is announced as China's largest direct investment in Turkey.

The coal power plant is assumed to be partially commissioned between January and April of 2022.

The Emba Hunutlu coal power plant is planned at a biodiversity protection zone and faces local and national opposition due to its pollution, health, environmental, and climate impacts.

Iskenderun Bay in the south-east Mediterranean region of Turkey is a highly populated area with metropolitan cities such as Adana, Mersin and Hatay. The total population of the Cukurova Region with all four provinces is almost six million. The region is expected to grow from migration from within Turkey and Syria. The region also hosts seasonal agricultural workers. The major economic activity is agriculture, due to the optimum climate conditions, geographical features, soil fertility, and irrigation opportunities.

6.8% of Turkey’s total added value of the agricultural sector comes from Adana and Mersin’s agricultural production, and the Erzin district of Hatay is home to 20% of the citrus production of the entire country. However, the area is getting more and more polluted due to heavy industrial infrastructure projects. Any new coal projects to operate in Iskenderun Bay, including Emba Hunutlu, will have a major impact on the primary agricultural activity of the local communities.

Over its projected life span the Emba Hunutlu coal power plant would be responsible for emitting about 207.44 million tonnes of CO2. Studies on heavy metal contents of soil, water and animals in the larger Iskenderun Bay region have given adequate evidence to conclude that the region has already serious pollution burden due to industrial and agricultural activities. If new coal power plants are built as planned, this would add to this environmental impact and associated burden of disease in the region.

Biodiversity  protection The area where the Hunutlu power plant is planned in Yumurtalık is a biodiversity hotspot with reproduction zones of marine turtles which are protected by international conventions. The area is internationally protected by the Convention on Biological Diversity (1992) to which both China and Turkey are parties, as well as the Bern Convention on Conservation of European Wildlife and Natural Habitats (1979), especially regarding preservation of Caretta caretta and Chelonia mydas reproduction areas and population. The site is protected by the circular of 2009/10 on the protection of sea turtles. The project poses severe risks to these protected species not only via coal shipments and delivery, but also its cooling water discharges.

Air pollution In June 2020, CREA (Centre for Research on Energy and Clean Air) released a report about the air quality and health impacts of the proposed EMBA Hunutlu coal power plant. When operational, the Hunutlu plant would together with already operating coal power plants in the area, put 100,000 people in the Iskenderun Bay area at risk of pollution concentrations exceeding the WHO guidelines. The EMBA Hunutlu plant is projected to cause 2,000 air-pollution related deaths over its 40-year lifetime. Other projected health impacts from the report include 15,8 million sick days, 1,9 million lost working days, 240,000 days of asthmatic and bronchitic symptoms in children and 10,000 hospital admissions.

Earlier in 2021 Turkey endorsed the Paris Agreement to limit climate change, but as of October 2021 policy was still to increase domestic coal share in the energy mix, and planned increases in coal power were forecast to increase CO2 emissions. Turkey's Paris Agreement Pledge - or nationally determined contribution - on its greenhouse gas emissions needs to be updated to meet the agreement.

Construction of the Emba Hunutlu coal power plant has started

In May 2019, the company initiated the construction of the coal power plant project. However, it was paused in June because of the tortoise nesting season, according to the local conservation group EKAD.

In April 2019, Dutch company, ESI Eurosilo, announced that it received a large order with the request for three large coal silos for the EMBA Hunutlu power plant. The first silo is agreed to be delivered at the beginning of 2020 and full delivery to be finished at the end of 2020 (Powertechnology.com).

Interventions at the second Belt and Road forum in April 2019

Meanwhile, during the second Belt and Road forum SEP issued a statement, declaring: “SEP will join hands with various parties to construct the project into a clean, efficient, reliable and beautiful world-class power plant, and create a crown jewel of the power industry around the Mediterranean Sea.”

On 30th of October 2018, the hearing of the court case by Adana Bar, Turkish Bar Associations, Medical Chamber of Adana, Agriculture and Engineers Chamber of Adana Doğu Akdeniz Çevre Dernekleri (East Mediterranean Environment Associations) was held in Ankara. Despite the expert report, which stated the harmful effects of the plant, the Ankara District Administrative Court decided not to cancel the permit of the Emba project.

In January 2018, the expert report for the court case filed by Adana Bar, Turkish Bar Associations, Medical Chamber of Adana, Agriculture and Engineers Chamber of Adana and Doğu Akdeniz Çevre Dernekleri (East Mediterranean Environment Associations) was published, acknowledging that the Emba Hunutlu coal power plant would harm the public health and agricultural production in the area.

In July 2017, TEMA (Turkish Foundation for Combating Soil Erosion, for Reforestation, and the Protection of Natural Habitats) filed a lawsuit to cancel the urban plan revisions of the Emba Hunutlu project, granting the permission to build the coastal structures of the coal plant on biodiversity conservation grounds. TEMA objects the legality of the project’s permit on a conservation site designated for internationally protected marine turtles.

The project will be funded by 20% equity and 80% debt. The debt (USD 1.381 billion) is financed by a 15 year loan from three Chinese banks: China Development Bank, ICBC and Bank of China. See below for more details.

Shanghai Electric Power and Avic International are funded by a group of (mainly Chinese) banks. Below are listed loans and underwriting services between 2010 and 2016 to these companies.

Commerzbank pushes for coal phase-out by 2030

With a domestic glut, China is bankrolling coal projects abroad — even as the rest of the world cuts back and China pledges to go carbon neutral
2020-09-27 | The Wire China
blog
external news
our news

Sweet dreams are made of this: Turkey’s coal to disagree

Thermal power plant worth $1.7B to be established in Adana

First Step in the Pathway to a Carbon Neutral Turkey: Coal Phase out 2030

Iskenderun Bay in Turkey has been surrounded by intense polluters. We do not want the currently-under-construction Hunutlu coal-fired thermal power plant in the region, but clean air for Adana!

The Hunutlu Coal fueled power plant to be constructed at Adana Sugözü beach threatens public health. While health risks due to polluted air are once again on the agenda together with the Covid-19 crisis, air pollution causes approximately 52,000 premature deaths every year in Turkey.

Chinese banks and companies are now the only foreign investors in coal development in Turkey. Finance of the construction of the power plant must be halted immediately.

In July 2015 Emba gained the Construction and Generation Permit from the Turkish Energy Market Regulation Authority (EMRA). The project is planned in Yumurtalik, a small coastal town where communities mainly live on agriculture and fishing. Local communities and CSOs have been taking legal actions and campaigning, against all coal power plants for more than a decade. In July 2017 TEMA (Turkish Foundation for Combating Soil Erosion for Reforestation and the Protection of Natural Habitats) filed a lawsuit to cancel the urban plan revisions of the Emba Hunutlu project. TEMA objects the legality of the permit on a conservation site designated for internationally protected marine turtles.

Twenty court cases are in progress against planned and operational coal power plant projects in Iskenderun Bay. Among the thirteen that started in 2011 and 2014, on cumulative pollution impacts grounds, three were recognized twice by the plenary session of administrative law divisions, with the same majority of votes (12/3).

Seven of those court cases were opened by local groups gathered under the local platform Doğu Akdeniz Çevre Platformu (East Mediterranean Environment Platform) in 2016 for the cancellation of permits or pre-permits of planned coal power plants, including Hunutlu’s operation permit, highlighting the cumulative impact on local livelihoods and ecosystems.

In the framework of permit cancellation a lawsuit was opened against Emba Hunutlu by local communities, a legal expert visit took place on 13 July 2017. In December 2017, the expert report agreed with local community arguments on cumulative pollution impacts of Hunutlu, to be added on top of existing coal power plants and other highly polluting industrial facilities. The report also quoted cancer rates in the region, speaking about Hunutlu's potential impacts on air quality and agricultural products.