This profile is no longer actively maintained, with the information now possibly out of date
Send feedback on this profile
Download as PDF By: BankTrack
Created before Nov 2016
Last update: 2016-07-04 00:00:00 Share this page: 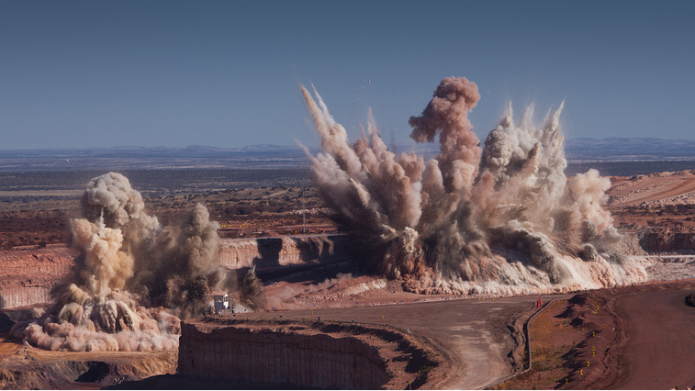 Anglo American is one of the oldest mining companies of the world, based in the United Kingdom and South Africa. It is the world's largest producer of platinum, with around 40% of world output, and a major producer of diamonds, copper, nickel, iron ore and metallurgical and thermal coal. It has operations in Australia, Africa, Latin America, North America, and Europe.

In northern Amapa, in Brazil the company was fined USD ten million following an incident at the company's port terminal that left three people dead and three missing.

A study conducted in 2013 by the Climate Accountability Institute ranked Anglo American 20th in attributable worldwide carbon dioxide and methane emissions compared to global totals between 1751 and 2010.

Anglo American has revealed plans to accelerate the sale of its iron ore, coal and nickel mines, in a sweeping overhaul after its annual profits more than halved and its bonds were downgraded to junk status (source: The Guardian).

According to The Guardian: The mining giant Anglo American Plc's debt has been downgraded further into junk territory by Moody's, which cited a deterioration in commodities market conditions and doubts over how long it will take the company to reduce debt levels. Moody's said it does not expect Anglo American to generate enough operating cash flows to deliver substantial debt reduction in the next two years.

Anglo American teeters on the brink

The world's number five diversified mining company, Anglo American announced a "radical portfolio restructuring" a month ago. The company with roots going back more than a hundred years to South Africa's gold and diamond fields said it would cut around 85,000 employees, almost two-thirds of its workforce. London-listed Anglo also said it is reducing the number of mines it operates from 55 to the "low 20s". According to CEO Mark Cutifani Anglo would focus on diamonds, copper and platinum because of better long-term potential. Only cash-producing (good luck with that) nickel, coal and iron ore assets will be kept in its portfolio (source: www.mining.com).

Coal Mining
There are no projects active for Anglo American now.
on record

Diversified miner and commodity trader Glencore on Tuesday announced that it had completed the acquisition of Anglo American’s and BHP’s respective 33.3% interests in the Cerrejon coal mine, in Colombia, having received regulatory approvals.
2022-01-11 | Mining Weekly
blog
external news
our news

49% of the companies on the 2021 GCEL still developing new coal assets. Less than 5% of companies on the list have announced a coal exit date.
2021-10-07 | Berlin | urgewald
blog
external news
our news

Largest union at Cerrejon on strike

On Coal and Capital: Demand that HSBC Quit Coal

The Munduruku address mining on Indigenous lands and threats to their people and territory, as Anglo American seeks at least 27 research permits in Munduruku territory
2021-01-19 00:00:00 | Amazon Watch
ngo documents

Report on Companies and Financial Institutions Benefiting from Violations of Human Rights
2013-12-10 00:00:00 | Facing Finance
our publications

The Cerrejón mine - Coal exploitation in Colombia

An introduction to Anglo American plc

Map by Environmental Justice of conflicts linked to Anglo American

Tell Anglo American to Stay Out of Munduruku Territory!

Tell Anglo American to set the record straight and to commit to stay out of the Munduruku lands. Help us keep the Amazon's Indigenous territories free of mining!

Extensive article and analysis on the Wayuu indigenous people in Colombia.