Home › News
Three major French banks will not finance EACOP, according to French media
"The decision has been made, the project is too hard to defend", says bank source
By: BankTrack & #StopEACOP
2021-04-23 Contact: 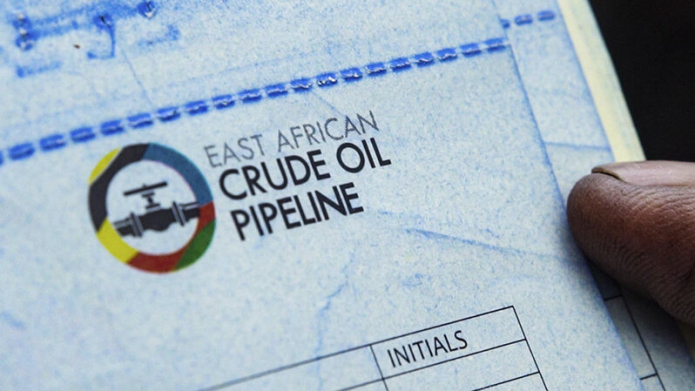 The #StopEACOP campaign warmly welcomes the news that the three largest French banks, BNP Paribas, Société Générale and Crédit Agricole, will not be financing the East African Crude Oil Pipeline (EACOP), a proposed 1,445-kilometer heated oil pipeline through Uganda and Tanzania. This brings to six the total number of banks that have publicly stated their decision to avoid backing the controversial pipeline, following an open letter to banks signed by over 260 civil society organizations.

French daily Les Echos reported on Wednesday that “according to its information” the project’s sponsor, French oil major Total, “will have to do without” the financial support from the three banks. “The decision has been made, the project is too hard to defend," commented a source at one of the banks. The banks did not confirm their position publicly.

The news comes less than two weeks after Total, its partner CNOOC and the governments of Uganda and Tanzania signed a series of agreements in Entebbe, Uganda aimed at kicking off construction of the pipeline, although financing for the project has still not been secured. The pipeline is expected to cost upwards of $3.5 billion, of which $2.5 billion will come from a project finance loan. Recent months have seen one potential financier after another distance themselves from the project as global opposition to the project builds.

The French banks join Barclays, Credit Suisse and ANZ, all significant financiers of Total, in deciding to steer clear of the project. The UK’s Export Credit Agency, UKEF, also ruled the project out for finance last month, as it moved to implement a decision to stop financing fossil fuel projects overseas. And last year, the African Development Bank also ruled out direct finance for the project, saying that it sees renewable energy as the future for the continent.

The EACOP will fuel climate change by transporting oil that will generate up to 34 million tons of carbon emissions each year, and together with the Tilenga and Kingfisher oil fields will negatively impact more than 120,000 individuals along its route. It also poses risks to wildlife and water resources relied on by millions of people for their livelihoods. Total’s response to the mounting concerns surrounding the project has been criticized as greenwashing and lacking transparency.

Landry Ninteretse, 350Africa.org Regional Director, said: “The decision taken by the French banks is encouraging and should inspire the rest of the financial institutions that are still thinking to finance a socially disastrous, ecologically disastrous and economically unsustainable project like EACOP. No responsible and ethical financial institution should invest in such a monstrous project at a time when the world is mobilising for a drastic and rapid reduction in emissions. The mobilisation for climate justice is paying off, and we will continue urging both political and financial leaders to stop all funding for fossil fuel projects and instead invest in a just and sustainable economy for people and the planet based on renewables.”

Henrieke Butijn, Climate Campaigner at BankTrack, said: “The fact that BNP Paribas, Société Générale, and Crédit Agricole, who normally have no problem financing Total’s operations, consider the EACOP project too risky to finance sends a strong message to other banks. With another net-zero initiative, the Net-Zero Banking Alliance, being launched just yesterday with a large number of potential EACOP financiers as members, banks simply cannot afford to finance an oil pipeline with such a huge impact on the climate, local communities and the environment if they want to take seriously the climate and human rights commitments they have made.”

Lucie Pinson, Founder and Executive Director at Reclaim Finance, said: “We welcome this decision, which constitutes a major blow for this polluting and unjust pipeline. Natixis and other international banks should now follow their lead. But while the top French banks rightly refuse to fund this socially and environmentally damaging project, they are turning a blind eye to the rest of Total’s destructive activities. If they are serious about climate action, banks should condition all further financing to Total on an end to new oil and gas projects. Given Total shows no sign of giving up its fossil fuel hunger, investors should also take action and vote against the major’s climate strategy at its upcoming AGM.”

Anna Lena Rebaud, Climate and Just Transition Campaigner at Friends of the Earth France, said: “We welcome the French banks’ decision which implicitly recognizes the disastrous impacts the EACOP project has on people and would have, if completed, on climate and biodiversity. While banks are taking their responsibility, governments are lagging behind and still support disastrous fossil fuel projects overseas through their export credit agencies. The French climate policy regarding export finance still allows the French ECA, Bpifrance, to support a project like EACOP.  We call on the French government to follow the lead of its banks and the United Kingdom’s. President Emmanuel Macron must publicly state France won’t help finance EACOP and all associated projects.”

Coleen Scott, Legal and Policy Associate at Inclusive Development International, said: “This decision by French banks is a tremendous win for the #StopEACOP campaign and speaks to the tenacious work by East African climate leaders and the campaign’s growing global network of supporters. BNP Paribas, Société Générale and Crédit Agricole--France’s three largest banks--are precisely those we might expect to bankroll Total’s EACOP and Tilenga projects. The fact that they’ve stepped up, seen through Total’s greenwashing efforts and turned their back on the French oil major is a big hit to the company’s credibility and the project’s financial feasibility. The fight for climate justice is clearly gaining momentum in East Africa and across the world, and Total better catch up or risk being left behind.”