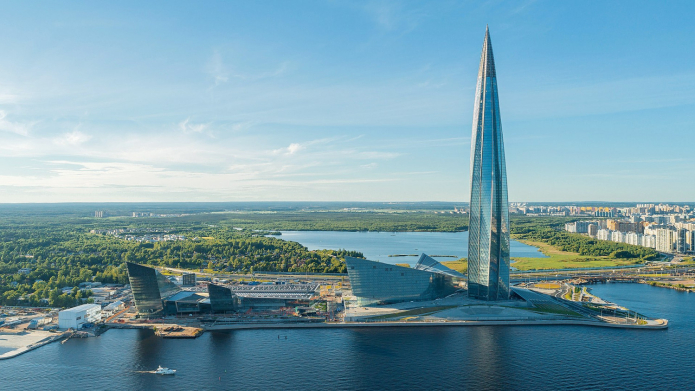 Gazprom is a Russian oil and gas company that was founded in 1993. It is the largest publicly listed gas company in the world and the largest company in Russia by revenue. Gazprom is active in gas exploration and production, refining, transport, distribution and marketing, and power generation. Gazprom has an export monopoly for Russian gas and accounts for 7% of Russia's gross domestic product and 8% of the country's budget. In 2021, Gazprom produced 514.8 billion cubic metres of gas.

Gazprom is an oil and gas supermajor and the third-largest corporate carbon emitter of the modern era. Associated with countless controversies and involved in many Dodgy Deals, Gazprom is actively contributing to climate breakdown. Russia's unprovoked and illegal invasion of Ukraine in 2022 is beign funded by revenues from oil and gas sales, meaning any company or country doing business with Gazprom is supporting Russia's war.

Banks or other investors financing Gazprom are supporting Russia's invasion of Ukraine. All links with the company should be severed immediately and banks that have financed Gazprom in recent years, and at least since Russia's illegal annexation of Crimea in 2014, should consider how thy can contribute to remedation of the resulting human rights impacts.

Gazprom's involvement in the war in Ukraine Gazprom contributes significantly to the Russian government's capacity to wage war on Ukraine. As the Atlantic Council think-tank put it, "many consider Gazprom to be a geopolitical tool with which the Kremlin attempts to expand its influence in Europe and strenghten its grip on the continent's energy security".

According to the Atlantic Council, Gazprom also played a role in setting the invasion in motion by holding back gas from European markets to push up prices.  The development of the Nord Stream 2 pipeline, from Leningrad to the north-eastern coast of Germany, was also used as a geopolitical tool to destabilise Ukraine and increase European reliance on Russian gas. Right before the invasion, Germany stopped the operation of the project (see below).

Since the start of the war, Gazprom has continued to act as a government proxy in the energy war. On 2nd September 2022, Gazprom announced an indefinite shutdown of the Nord Stream 1 pipeline, the largest pipeline from Russia to Europe. The company blamed the move on a detected leak, although the announcement occurred just after G7 countries agreed on a price cap on Russian oil.

Impacts on Indigenous people in Yamal Peninsula  Gazprom is the developer of several constituent parts of the Yamal Megaproject to exploit gas reserves in the Yamal Peninsula, including the Bovanenkovo-Ukhta pipelines I, II and III and related railroad. This is an area inhabited by the Nenets, an Indigenous people. Nenets are highly dependent on reindeer-herding, but the project’s encroachment on reindeer pasture lands has resulted in a loss of livelihood for the Nenets people. Other human rights and social harms are peculiar to specific sub-projects.

The project has disrupted the Nenet's migration routes, leading to the loss of their cultural heritage and traditions. Some members of the Nenets community preferred leaving their territories rather than losing their nomadic culture and being forced to live in permanent settlements, thus facing displacement and land dispossession.

Additionally, Gazprom's Obskaya-Bovanenkovo railroad project, which is instrumental to the wider Megaproject, crosses the Yuribey river, the banks and waters of which hold ritual, sacred and spiritual significance to the Nenets people, posing yet another serious challenge to the Nenets' traditional lifestyle.

Gazprom is the third-largest corporate grennhouse gas producer globally since 1965, according to analysis by the Climate Accountability Institute. Since its inception, Gazprom has been responsible for driving climate change by contributing 43.23 billion tonnes of carbon dioxide equivalent to the earth's atmosphere. Its 2021 production of 514.8 cubic metres of gas results in 1.039 billion tonnes of carbon dioxide emissions. The company has active short-term plans to massively expand its conventional and unconventional oil extraction and it is the first oil and gas expansionist in the Arctic region.

Gazprom is also a major flarer of gas, which creates carbon and soot emissions. In August 2022, Gazprom was found flaring 4.34 million cubic metres of gas a day un its Portovaya plant. According to Rystad,  this is an "environmental disaster with about 9,000 tonnes of carbon dioxide being emitted every day". Flares in the Arctic region are particularly worrying, because they are likely to produce soot that by settling on the ground will facilitate the absorption of sunlight, thus accelerating ice and snow melting.

Climate change is causing dramatic impacts in areas of Gazprom's operations. For example, the unique ecosystem of the Yamal tundra, location of the Yamal megaproject, is threatened by warmer summers and rapid temperature shifts. The defrosting of river and seas ice will result in higher sea levels, with the risk of putting the peninsula underwater, creating risks in turn for gas developments.

Nord Stream leak On September 26th 2022, the Nord Stream 1 and 2 pipelines were hit by explosions that caused the release of huge amounts of gas in the Baltic Sea. Neither of the two pipelines was transporting gas at the moment of the explosions, but both contained pressurised methane - a greenhouse gas more harmful than carbon dioxide. The Danish Energy Agency estimated that up to 778 million cubic metres of methane gas could spill from the Nord Stream 1 and 2 pipelines in the worst case scenario. Climate scientists said that the amount of methane discharge from the detonations is a "reckless release" of greenhouse gas that, if delibarate, '"amounts to an environmental crime"'.

Impacts of the Yamal Megaproject The Yamal Megaproject has huge environmental impacts, including biophysical land degradation, loss of biodiversity as well as soil and water pollution. The construction of underwatr pipelines causes the destruction of both underwater and coastal landscape as well as the change of stream patterns and water depletion. Greenpeace said "contracting companies disrupted the water flow of the rivers, violated the regulations of nature parks and left behind landfills of construction waste".

Local communities report that the new Yamal underwater gas project, launched in December 2021, might have already damaged the marine ecosystem of the Ob bay. Scientists from the Ural Institute of the Ecology of Flora and Fauna also warned that dredging activities might "be the end to the so-called semi-anadromous fish stocks in the area".

The list of EU sanctions in place against Russia is available here.

The list of  US sanctions in place against Russia is available here.

On September 16, 2022 major leaks on the Nord Stream 1 and 2 were reported. The leaks occurred in international waters, but two of them were in the Danish exclusive economic zone and other two in Swedish waters. Danish police said that their preliminary investigations showed that the leaks "were caused by powerful explosions". Swedish authorities said that the results of their investigations back the initial hypothesis of a sabotage.

On February 24th, 2022 Russia invaded Ukraine starting a full-fledged war that caused a humanitarian crisis in Ukraine with thousands of civilians being killed and millions forced to leave their country.

On February 22, 2022 Germany halted the certification of the Nord Stream 2 gas pipeline. The decison to stop the project was inteded to punish Putin's recognition of the Donbas region's independece. Moscow's recognition of the Ukrainian separatist region marked the prelude to the full-scale invasion of Ukraine.

In 2019, the Bovanenkovo-Ukhta 2 underwater pipeline broke down, but the environmental impacts have been kept confidential. Gazprom stated that it would dig a 5-metres deep trench on the Baydarata seabed where the affected pipeline will be laid. Works were scheduled for 2022-2023 period.

There are no projects active for Gazprom now.
on record

Banks have Ukrainian blood on their hands

Citi is not alone. Together with JPMorgan Chase, HSBC, and Crédit Agricole, it collectively provided more than 12 billion dollars of loans for Russian oil and gas companies in the run up to Russia's full scale military invasion.
2022-09-07 | Svitlana Romanko, Razom We Stand
blog
external news
our news

UK and US banks among biggest backers of Russian ‘carbon bombs’, data shows

Finance goes to war: Intesa Sanpaolo between Russian fossil industry and US gas

Oil and gas majors are planning scores of vast projects that threaten to shatter the 1.5C climate goal. If governments do not act, these firms will continue to cash in as the world burns
2022-05-12 | The Guardian
blog
external news
our news

Climate commitments are vague and weak. Investors ask for an urgent change of course
2022-04-28 | ReCommon
blog
external news
our news

Carney and Bloomberg must show leadership to stop GFANZ dithering

UniCredit shareholders’ meeting: on climate ambition there is still a long way to go

Once again, the Italian bank holds its shareholders' meeting behind closed doors, without debate and with little media visibility.
2022-04-08 | ReCommon
blog
external news
our news