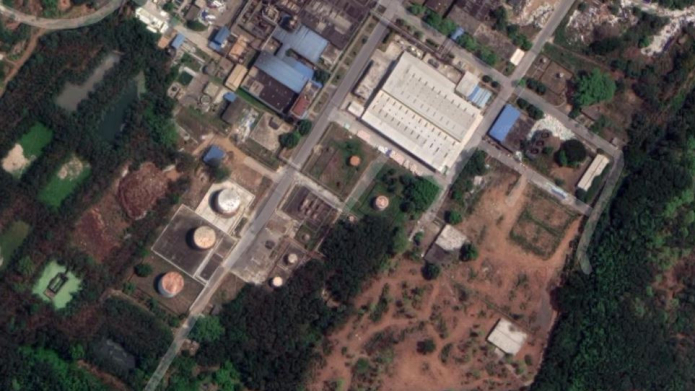 This is a guest blog by Shreya Kaushik of Fair Finance India.

A gas leak at the Visakhapatnam factory of LG Polymers India Pvt Ltd (LGPI) on May 7 killed thirteen people and exposed thousands of people living in nearby villages to toxic styrene fumes. The factory had opened in light of the relaxation for industries after the initial phase of the lockdown due to Covid-19.

A series of legal actions have been taken since then. On May 8, the National Green Tribunal (NGT) took suo moto cognisance and ordered the owners, LG Polymers India Pvt Ltd, to deposit Rs. 50 crore with the district magistrate as an interim penalty for the damage caused to life and habitat.

The Andhra Pradesh High Court sealed the premises of LGPI, stopping all operations and barring the directors to leave country without notice. This was later relaxed by the Supreme Court to allow 30 employees of LGPI access to the premises.

On June 3, the NGT ruled, “LG Polymers has absolute liability for the loss of life in the recent gas leak incident at its Visakhapatnam plant”. The 168-page report by the joint monitoring committee constituted by NGT to investigate the gas leak revealed the disregard that the company had for maintaining safety and environmental standards. The committee noted, “The root cause thus appears to be the lack of experience of LG Polymers India and their Korean principal, LG Chem, in monitoring and maintaining full tanks of styrene that were idled for a long period of several weeks without operation.”

Ever since its inception, LGPI has been expanding its premises, which have now come close to residential areas. These expansions, which require huge capital, are funded by financial institutions and through loans from the parent company, LG Chem.

A closer look at the gas leak would highlight the lack of accountability on the part of financial institutions in providing long-term loans to such high-risk businesses, without examining them through the Environment, Social and Governance (ESG) due diligence lens.

Generally, banks lend to businesses based on the business credit ratings and the return on investment of a particular project or business site that they are funding. These two measures come with certain compliance checks such as the account statements, annual reports, etc. In this scenario, businesses generally take advantage of their long-term relationships with financial institutions or show co-funding from other financial institutions to demonstrate their credibility.

To add to this, LGPI attempted to take post-facto environmental clearance from the Ministry of Environment, Forest and Climate Change (MoEFCC), after the incident. This shows the advantages that businesses can get from existing environment protection policies, by getting away with merely a fine. Having an ESG risk framework matrix would help banks to go beyond mere financial scrutiny, to provide an additional layer of scrutiny for the risks involved in funding a business.

Again, in terms of the banks lending to LGPI and LG Chem, the shutting of the plant creates a stranded asset and hence a liability, that now comes with close scrutiny on its adherence to compliance. If the banks would have asked for the environmental due diligence from LGPI, the long practice of avoiding environmental clearances could have been mitigated, and a push towards responsible business would have been created.

The nature of financial borrowings

A detailed analysis of the financial borrowings of both LGPI and LG Chem indicates that it has long-term borrowings from banks including Standard Chartered Bank, BNP Paribas, ING, Mizhuo Banking Corporation, Bank of America, Bank of China, HSBC to name a few. Indian banks including IDBI and ICICI (between 2004-2014) have also provided long-term loans to the Indian operations, as mentioned in its Ministry of Corporate Affairs filings. It is to be noted that BNP Paribas, ING, CITI Bank are signatories to the United Nations Principles of Responsible Banking. Banks’ operations, including their lending patterns, have a series of impacts on the environment and the community.

The top three banks invested in LG Chem are HSBC, Bank of America and ING, in the annual report of 2018. HSBC has the maximum exposure to the LG Chem portfolio that is, 236,320 million Korean won (USD 191.8 million). HSBC has already been drawing attention in recent years in scandals involving predatory lending and tax evasion in the United States and Europe. Bank of America is the second bank in terms of the loan amounts (USD 56 million). Bank of America has been involved in violating federal overtime paylaws beginning 2010s. ING, the third-largest lender for LG Chem, has come under the scanner for the use of its accounts by criminals to launder money.

Therefore, even the practices of these banks and their exposure to controversial businesses and issues such as tax evasion jeopardises their responsibility as the custodians of the taxpayers money.

The gas leak at LGPI is a classic example of the need for banks to incorporate ESG risk frameworks in their lending practices as they are custodians of large sums of public money and hence accountable. Even if seen in purely business terms, the gross neglect of ESG frameworks by LGPI adversely impacts shareholder capital. For instance, immediately after news of the gas leak broke, LG Chem’s (parent company’s) stock prices fell by 1.94%. This was due to the reputational risk of the Indian subsidiary.

For all these reasons, the time is now ideal for Indian regulators to institute ESG accountability within the financial institutions and uphold their responsibility towards tax payers and the economy. If an ESG risk framework is in place and followed in letter and spirit, businesses would be nudged towards environment and social due diligence, in order to ensure funding.

There is a need for balancing the “ease of doing business” with overall environment and social gains. The draft Environmental Impact Assessment (EIA) requirements, however, don’t seem to indicate so. The draft EIA 2020 does away with public hearings for many projects and eases the rules for expansion, among other economically and environmentally harmful changes. There are concerns that such “relaxations” will become more widespread as a post-Covid economic distress unfolds all over the world. There are unprecedented challenges before citizens and governments and that is why fixing accountability of businesses and financial institutions makes more sense today than it ever has.

Reposted on 1st July from the original at NewsClick.in