Home › News
Multi-billion euro investments out of control: How banks continue to finance violations of human rights and environmental norms
For the fifth consecutive year Facing Finance reports on violations of environmental and social norms and standards by multinational corporations, as documented by international NGOs.
By: Facing Finance
2017-02-09
Hamburg/Berlin
Contact: 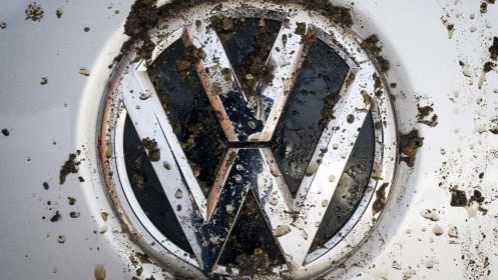 On the occasion of the forthcoming “World Day of Social Justice” on 20 February 2017, the Berlin NGO FACING FINANCE e.V., presents the report, Dirty Profits 5. It shows: major European banks support and profit from companies that violate social and environmental standards at the expense of people and the environment. The scale of the total financial transactions found is over €52 billion.

“The Dirty Profits Report has again confirmed that self-regulation of banks and companies, behind closed doors, is insufficient to ensure the observance of human rights, environmental, and anti-corruption standards,” says Thomas Küchenmeister, Managing Director of Facing Finance

The Dirty Profits 5 report includes research and important case study contributions by respected international organisations, including for example, Transparency International, Greenpeace, and Human Rights Watch. A total of 12 authors from eight countries have documented dozens of cases of human rights violations, corruption, exploitation, and environmental destruction (including contributing to climate
change). The cases cover 14 globally operating companies, including Bayer, VW, BP and Hewlett Packard Enterprise Co. and five major European banks (Deutsche Bank, UBS, ING, BNP Paribas and HSBC). The finance provided by the five major banks, in relation to these 14 companies, is detailed in the report. The five banks held shares and bonds of the investigated companies to the value of €5.8 billion.

The selected European banks provided the 14 companies with capital of €46.9 billion between January 2013 and August 2016 through the underwriting of shares and bonds and provision of loans. These loans are often given as ‘general corporate purpose’, without placing sustainability requirements on the company’s operations. This report shows that major banks provided substantial loans to VW after revelations regarding the emissions scandal.

According to Jan Schulz from Facing Finance, “It is unacceptable that after widely recognised concerns related to the VW emissions scandal were made public, many of the banks in the Dirty Profits have provided VW with loans, apparently without restrictions.” Similarly Freeport-McMoran, Norilsk Nickel and SNC-Lavalin have been provided with loans despite long-term environmental and corruption issues.

“64 percent of the investigated companies have one or more documented cases involving environmental or climate destruction,” claims Julia Dubslaff, leader of the Facing Finance project Faire Rente. For 42 percent of the companies researched, corruption cases have been documented in their operations and, for 57 percent of companies, human rights violations. The fact that eight of the 14 companies are
signatories to the UN Global Compact, which specifies minimum environmental and social standards, seemingly does not prevent these occurrences.

The focus of the report is on a wide range of companies, including the VW diesel scandal and its worldwide, unprecedented, and organised deception of customers and regulators at the expense of people and the environment. In addition, four global mining companies are investigated, including Freeport-McMoRan whose Grasberg mine dumps 150,000 tonnes of tailings waste into the surrounding area every day, using what is known as riverine tailings disposal, leading to large scale ecosystem destruction. Approximately 23 institutional investors have excluded Freeport based on their environmental concerns. However all five of the major banks investigated have directly funded Freeport-McMoRan.

The Dirty Profits report will be presented on February 9th in Hamburg at 19:00 at the Lichthof der Stabi Hamburg in cooperation with the Friedrich Ebert Stiftung.