Home › News
Lack of coal exit plans poses challenge to finance’s engagement strategy
New analysis from Reclaim Finance shows that the vast majority of coal companies are failing to plan for an exit from the sector, despite looming deadlines set by several of their financial backers.
By: Reclaim Finance
2021-12-21
Paris
Contact: 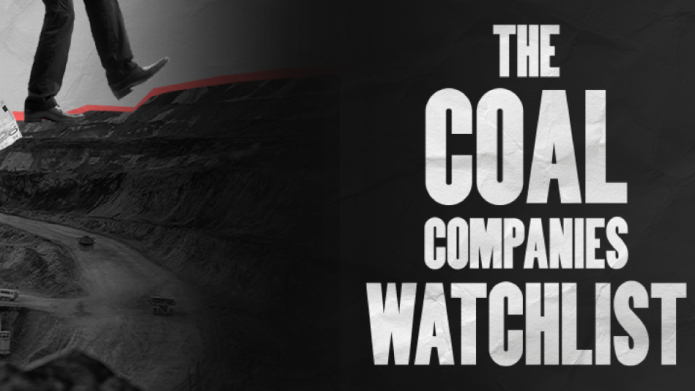 New analysis from Reclaim Finance shows that the vast majority of coal companies are failing to plan for an exit from the sector, despite looming deadlines set by several of their financial backers (1). The findings pose a major challenge to the 30 leading banks and investors worldwide, including Crédit Agricole and BNP Paribas, who have demanded the companies present credible coal exit plans by the end of 2021, and come shortly after the COP26 agreement to accelerate the transition away from coal. Reclaim Finance is calling on financial institutions to sanction ‘coal laggards’ who fail to plan for a timely exit.

Examining the success of engagement strategies, Reclaim Finance reviewed the coal exit plans of 47 companies in the sector which have been subject to coal exit demands from their financial backers (2), with plans requested by the end of 2021. Shockingly, 45 (94%) of the analyzed companies had no credible coal exit plan (3). Meanwhile, nearly one-third continue to develop new coal production capacity, and more than half do not intend to exit the coal sector in line with the Paris Agreement (4). The remainder of the companies simply shrug off their responsibilities by selling mines and plants on or converting them to other, non-sustainable energy sources like gas and biomass, instead of shutting them down definitively.

Lucie Pinson, executive director of Reclaim Finance, said: “Credible transition plans are all the rage, but our analysis reveals that the overwhelming majority of coal companies have no such thing, with exit plans either non-existent, or strewn with delays and loopholes. For the banks and investors backing them, the choice is clear: suspend services to companies failing to transition in line with the 1.5C target or be complicit in climate chaos.”

The report examines several case studies of coal giants supported by the likes of BNP Paribas and Crédit Agricole despite inadequate exit plans, from Glencore and KEPCO– which are still expanding in the sector – to Enel, whose plans to exit coal by 2030 are undermined by its sale of some plants and conversion of others into fossil gas.

The results also challenge the efficacy of the engagement strategies which have gained currency in financial circles in recent months, voiced most prominently by BlackRock CEO Larry Fink. Examining the flagship investor engagement initiative Climate Action 100+ (CA100+), the report finds that four years after its launch, most of the CA100+’s target companies – such as BHP, Fortum-Uniper and Glencore (5)– have failed to adopt significantly better coal phase-out plans than non-target companies.

Guillaume Pottier, stewardship campaigner at Reclaim Finance, concluded: “This research unveils an unfortunate truth: as things stand, engagement practices are just not working. A vanguard of financial institutions might be making demands for phase-outs of coal companies, but they are failing comprehensively, due to inadequate timelines and a lack of sanctions. At best this approach is ill-conceived, at worst it represents straightforward greenwashing. Engaging polluting companies is an important tactic, but only when demands are robust and backed up with the threat of divestment.”

1) The report is entitled ‘The Coal Companies Watchlist: How Finance Can Accelerate the Coal Phase-Out’ and is available here. The report is also accompanied by an online database evaluating coal companies’ exit plans.

3) Based on a previously established list of 10 criteria for evaluating corporate coal phase-out plans. See Reclaim Finance and Urgewald report “How to Exit Coal” (Urgewald and Reclaim Finance, October 2021).

5) Individual engagement efforts – notably in the form of voting at AGMs – have not generated better results. For example, French asset manager Amundi has voted in favor of Glencore’s “climate” plan in 2020, despite this plan stating that the company will “continue to operate coal mines until they reach the end of their lives”.