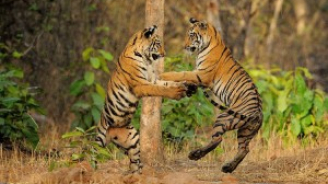 Bank of America will act as a merchant broker for the $1 billion sale of shares in Coal India Limited, the world's largest coal miner with a controversial environmental and human rights record, according to reports from India. News of the deal comes despite Bank of America's stated commitment to sustainability, prompting strong criticism from Rainforest Action Network (RAN) and Greenpeace.

"Coal India has a record of forcibly displacing tribal and farming communities, ravaging tiger and elephant forests and turning a blind eye to instances of child labor and corruption," said Ashish Ferndandes, US-India Advisor with Greenpeace. "We have pointed out these issues to Bank of America on several occasions over the past year and been assured that the bank is looking into them. To have the Bank persist with its partnership with Coal India leaves one with the impression that ‘sustainability' is just a fancy word to CEO Brian Moynihan and his team."

"We are deeply disappointed with Bank of America's decision to do business with Coal India," said Ben Collins, Research and Policy Campaigner with RAN. "If Bank of America can't say 'no' to this deal in light of Coal India's involvement in human rights abuses, corruption and forest destruction, the bank's promises to respect communities and the environment mean nothing."

In response to sustained criticism from RAN and other groups over its financing of the coal industry, Bank of America has attempted to rebrand itself in more climate friendly terms but has failed to make a meaningful move away from coal. In contrast, other lending institutions like the US Exim Bank and the World Bank have announced plans to limit lending to coal.

Greenpeace and RAN raised the issue of Bank of America's involvement with Coal India at the bank's Annual General Meeting in Charlotte last spring and then wrote to CEO Brian Moynihan earlier this month, urging him to steer clear of the Coal India share offer. The organizations warned of Coal India's track record that includes forest destruction, forced displacement of communities and the use of child labor. Despite these warnings, the bank pursued the deal. (1)

Other global banks that will be part of the Coal India share offer include Goldman Sachs, Credit Suisse and Deutsche Bank. Greenpeace has written to these entities warning them that involvement with Coal India poses both financial and reputational risks.