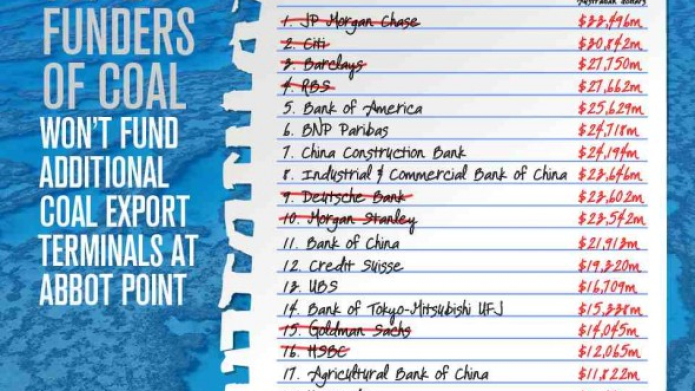 In 2014, JP Morgan, Cit, Barclays and Royal Bank of Scotland all responded to a worldwide pressure campaign of NGOs, including Banktrack, urgewald, Greenpeace and Market Forces, by announcing that they would not help finance the expansion of the Abbot Point coal terminal in Australia. While ANZ and others remain tied to the deal for now, these banks did the right thing in foregoing this destructive deal that threatens the Great Barrier Reef.