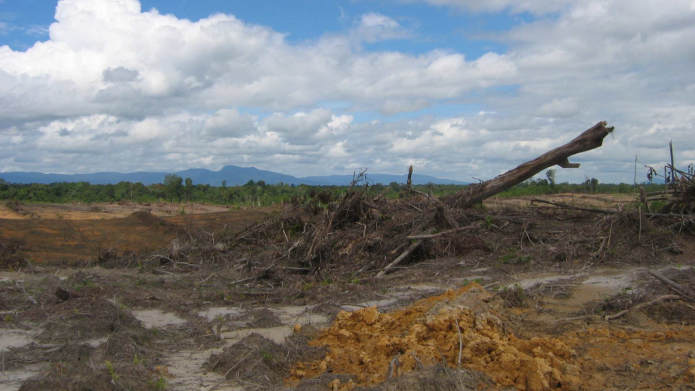 Citigroup has canceled all financing to Indonesian food giant and agribusiness company Indofood (INDF:IJ) following the company’s ousting from the leading palm oil certification scheme, the Roundtable on Sustainable Palm Oil (RSPO). Indofood’s palm oil subsidiaries were dropped from the RSPO after failing to address over 20 violations of the RSPO standard, as well as 10 violations of Indonesian labor law, both of which were found on Indofood-owned palm oil plantations. Citigroup’s cancellation of US$140 million represents the loss of Indofood’s second largest source of funds from a Western bank. However, major Japanese, Indonesian, and European banks, as well as US brands such as Pepsico, continue to do business with Indofood.

“We are glad to see Citigroup enforce its policy and cut ties with Indofood, as this company has been flouting Indonesian laws, certification standards and international business norms for far too long,” said Hana Heineken, Senior Campaigner on Responsible Finance with Rainforest Action Network (RAN). “This should send a strong signal to Indofood’s remaining financiers and business partners that Indofood is a bad investment.”

The largest food company in Indonesia, Indofood has a market cap of 4 billion USD and is a core company of the Salim Group, which has the second largest oil palm land bank in Indonesia. The RSPO investigation of palm oil plantations operated by Indofood’s subsidiaries was sparked by a complaint against the company, brought by Rainforest Action Network (RAN), International Labor Rights Forum (ILRF) and Indonesian labor rights organization OPPUK in October 2016. Multiple investigations by RAN, OPPUK, and ILRF, as well as the RSPO and its accreditation body, confirmed the presence of exploitative labor practices –– including cases of child labor, unpaid workers, precarious employment, gender discrimination, and toxic working conditions.

“Indofood has allowed systemic labor exploitation to continue by ignoring RSPO’s warning. In fact, since the company left the RSPO, instances of intimidation and attacks against the independent union have escalated,” said Herwin Nasution, OPPUK Executive Director.

In April, 56 investors with approximately US$7.9 trillion in assets under management highlighted their support for the RSPO and called for all companies across the palm oil value chain, including banks, to adopt and implement a publicly available No Deforestation, No Peat and No Exploitation (NDPE) policy. The Japanese and Indonesian banks lack NDPE policies, and Indofood’s policy still falls short of the NDPE standard as well.

In the past 2 years, Indofood and its parent company First Pacific have lost 15 business partners due to Indofood’s controversial palm oil practices. These include Nestle, Musim Mas, Cargill, Fuji Oil, Hershey’s, Kellogg’s, General Mills, Unilever, and Mars. However, many companies still do business with Indofood and remain connected to its labor abuses, including joint venture partner PepsiCo and franchising partner Yum! Brands.

RAN, ILRF, and OPPUK continue to call on Indofood to address its ongoing labor violations, and adopt a comprehensive ‘No Deforestation, No Peatland, and No Exploitation’ policy that applies to Indofood, the entire Salim Group, and all third-party suppliers.

Indofood and its palm oil subsidiary Indofood Agri Resources were given an opportunity to comment on Citigroup’s cancellation of finance, but they declined to comment.