Home › News
AGM briefing: Switzerland's per capita financing of fossil fuels worst in Europe, thanks to Credit Suisse and UBS
By: BankTrack & Greenpeace
2018-04-25 Share this page: 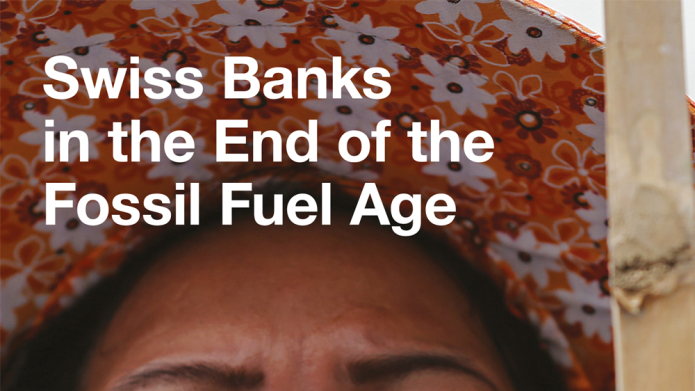 Ahead of the AGMs of Credit Suisse (April 27) and UBS (May 3), Greenpeace and BankTrack have published a new briefing which shows the scale of the climate-busting energy lending by Switzerland’s two top banks. Combined, over the 2015-2017 period, Credit Suisse and UBS provided more finance for extreme fossil fuels on a per capita basis than their peers in any other European nation.

Based on the findings of the recently published Fossil Fuel Finance Report Card 2018, Credit Suisse  and UBS stand among Europe’s top ten heaviest financiers of extreme fossil fuels (in fourth and eighth place respectively), with total investments for 2015-2017 of $7.8 billion and $4.5 billion respectively.

Credit Suisse delivered a startling $1 billion increase in extreme fossil fuel financing between 2016 and 2017, driven particularly by its investments in companies involved in tar sands and coal mining – the two most contested fossil fuel sectors. The briefing describes Credit Suisse’s recent coal mining ‘spending spree’ in the US.

With its lending and bond underwriting, UBS meanwhile is seen to have outpaced Credit Suisse in its support for companies planning to develop new coal power plants. In the period 2014-2017, the bank arranged financing of $5.4 billion to coal plant developers.

For Credit Suisse and UBS to get their respective energy financing houses in order by the time of the UN climate summit in December this year, among the briefing’s recommendations for Swiss banks are:

Download the ‘Swiss Banks in the End of the Fossil Fuel Age’ briefing here.