Home › Blog
Changes to China’s banking law could help – or hurt – the planet
China has an opportunity to stop its banks from financing biodiversity loss
By: BankTrack & Global Witness
2021-10-15 Contact: 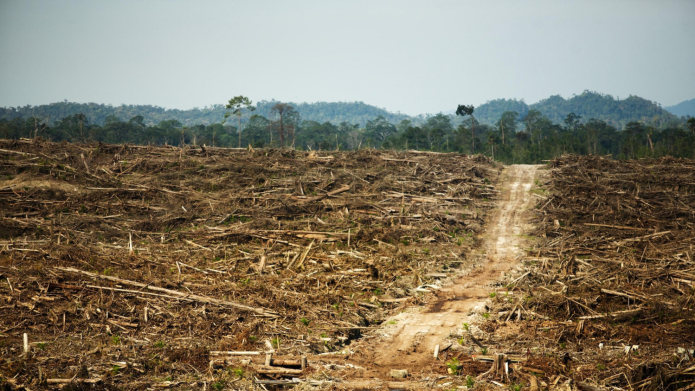 As China – the host of this week’s U.N. Conference on Biodiversity – announces a new fund on biodiversity, we, environmental organizations that track the activities of global financial institutions, call on it to not only stimulate finance as a means to fund biodiversity solutions, but also to cut off finance where it plays a role in funding biodiversity loss.

As some of the world’s major financiers of business operations with negative impacts on nature, Chinese banks urgently need new rules, achievable through the revision of China’s commercial banks law, to curb their impact on biodiversity.

China recently made the welcome announcement that it would stop financing new coal projects overseas. Now this same thinking needs to go further to address financial flows to other industries that have a negative biodiversity footprint and the banks that facilitate them.

Some years ago, two Chinese banks were found by a Chinese NGO to be financing a company that had been polluting Han Jiang, a major river in the central region of China. The Chinese NGO – which had successfully brought China’s first environmental public litigation case, forcing four individuals who operated a mining operation to restore the forest that they had destroyed or pay a fine of 1.27 million Chinese renminbi (approximately $200,000) – decided to take action. In 2018, it filed a landmark case against the two banks, which sought to make them liable for financing environmental damage and biodiversity loss. This ongoing case shows that the spotlight on bank funding now reaches well beyond coal, and the imminent revision of China’s law on commercial banks could provide an opportunity for some important regulatory change.

A recent report by Global Witness revealed that from 2013 to 2020, Chinese banks funneled around $22 billion into agribusinesses driving global deforestation. Tropical forests host 80 percent of the world’s terrestrial biodiversity, but they face existential threats by deforestation, driven in particular by businesses that convert forests into land for the industrial production of agricultural commodities such as palm oil, pulp and paper, soy, and beef.

According to the Forest and Finance initiative, Chinese banks are, for example, key financiers of the pulp and paper conglomerate Sinar Mas, whose subsidiary Asia Pulp and Paper is contributing to the destruction of Indonesian forests and habitats for the endangered Sumatran tigers and elephants. Forest and Finance also claim Chinese banks provided considerable finance for the soy companies accused of driving destruction in the Amazon and the Cerrado – the world’s most biodiverse savannah, home to thousands of plant and animal species found nowhere else in the world.

Chinese banks are also backing massive mega-infrastructure projects with significant impact on biodiversity. For example, even after several international banks pulled out of the project, China’s (and the world’s) largest bank, Industrial and Commercial Bank of China (ICBC), is currently still poised to back the East African Crude Oil Pipeline (EACOP) through Uganda and Tanzania by acting as a financial advisor to the project, according to Bank Track. This project will have severe negative impacts on at least 2,000 square kilometers of protected wildlife habitats, including wildlife corridors for the Eastern Chimpanzee and African elephant, as well as Ramsar Sites of International Importance, such as the Murchison Falls-Albert Delta Wetland System. In addition, it is expected to cause large-scale displacement of communities in the area.

The Chinese Banking Association, on behalf of 36 Chinese banks and 24 international banks, just announced a new declaration to support biodiversity conservation, which includes a welcome commitment that the banks will “strive to avoid and mitigate” negative impacts their financing has on nature.

However, such voluntary initiatives, like the Principles for Responsible Banking, to which several Chinese banks have signed up, are unlikely to deter Chinese banks and their global peers from financing biodiversity loss.

At a national level over the past decade, the Chinese government has guided its banking sector to support greener business operations by issuing a range of policies widely known as China’s “green finance” policies. These include the Green Credit Guidelines issued in 2012 and the Guidelines for Establishing the Green Financial System issued in 2016.

But Chinese banks are still providing large sums to businesses that damage biodiversity because there are no mandatory rules that ask the banks not to do so. China’s green finance policies are designed to encourage more money to flow into “good” businesses. At the moment, most of the policies have not set out clear demands that money shouldn’t be invested in “bad” businesses, nor do they set frameworks for accountability for banks and investors that use their money in this way. China’s green finance system mostly utilizes tools at the soft law level – e.g. departmental rules and policies – which often lack corresponding legal liability responsibility provisions.

The urgency of the current biodiversity crisis requires bold steps across all sectors of a society. These should include strong regulatory systems addressing the banking sector’s negative impacts on nature.

Chinese banks are not the only ones financing biodiversity loss, but we are drawing attention to them because there is a real opportunity for change.

One of the most important laws governing the Chinese banking sector, the law on commercial banks, is currently being revised. A new clause that explicitly requires the banking sector not to finance companies that are exacerbating the climate crisis or are linked to deforestation and other types of biodiversity loss could be transformative in achieving China’s green ambitions.

China needs to stop banks from funding business activities that damage nature and cause biodiversity loss. These businesses and their financiers directly undermine China’s efforts to tackle the climate crisis. A U.N. report published this June united global experts to point out that biodiversity and climate change are interconnected and neither will be successfully resolved unless both are tackled together.

Major Chinese commercial banks are already the world’s largest banks by total assets. Like their global peers, they provide a lifeline to all sorts of economic activities, including those that are at high risk of damaging our biodiversity. By bearing nature and climate in mind while revising its banking law, China will make a significant contribution to the world’s efforts to protect the remaining climate-critical forests, improving our chances of limiting climate change and protecting biodiversity.

This blog was originally published on The Diplomat.