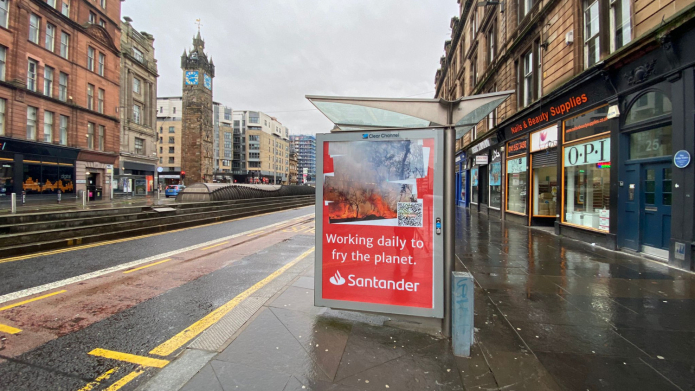 Posters targeting Santander’s environmentally destructive finances have been put up around bus stops in Glasgow, two days before the opening of COP26 in the city. The “subvertising” action, which coincides with a similar stunt in Madrid and the global Finance Day of Action, draws attention to the fossil fuel companies and projects that Santander invests in. Between 2016 and 2020, Santander’s fossil fuel finance totaled US$ 34.04 billion.

The action comes amidst growing criticism of banks’ greenwashing in the build up to the UN climate conference. Campaigners point out that while banks such as Santander claim that tackling climate change is a priority, the reality of their investments often presents a different picture. From 2016 to 2020, Santander financed oil major TotalEnergies with US$ 591 million in lending and underwriting. The French oil major is one of the largest contributors to the adverse impacts of climate change, while its fossil fuel projects have been linked to forced displacement, the violation of indigenous rights and health issues. 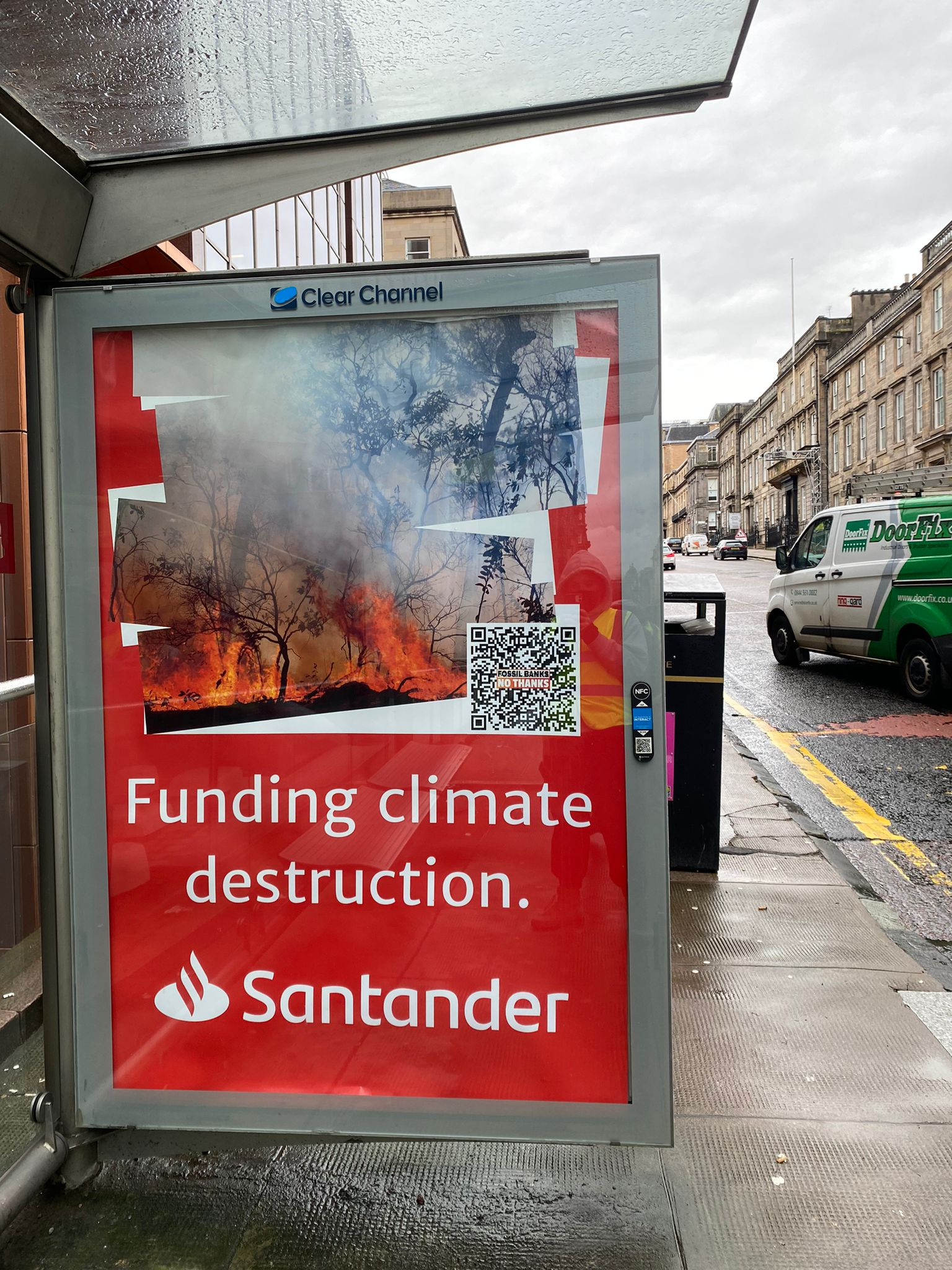 The posters also highlight Santander’s financing of Brazilian meat processing company JBS (USD 589 million in bonds 2013-2018), which has sourced cattle from farms using slave labour and is linked to massive deforestation. PGE (Polska Grupa Energetyczna) is the third company financed by Santander that is highlighted by the subvertising campaign. PGE, for whom Santander recently co-financed a EUR 950 million loan agreement, runs a lignite-fired plant that is the worst CO2 emitter in the EU.

Natasha Ion, Climate Campaigner at BankTrack, commented: “It’s great to see campaigners drawing attention to fossil banks and their complicity in financing climate destruction. Santander has no policy exclusions in place for offshore and conventional oil and gas and also has no plan in place for phasing out finance to all fossil fuels. Without more concrete action on its fossil financing, Santander’s branding of itself as a sustainable and climate-conscious bank is nothing less than greenwashing.”

A subvertiser who took part in the Glasgow action commented:  “In the lead up to COP26, banks have been making a lot of noise about their supposed green credentials and net zero commitments. But we know that banks like Santander are failing to follow up their rhetoric with action. The only way that they can be taken seriously as climate leaders is to cut their ties with the fossil fuel industry, and stop financing companies like TotalEnergies and PGE. Hopefully these posters will help spread awareness among the public about the hypocrisy of Santander’s portfolio.”